Another one of the breads on the Mellow Bakers' menu this month is Pizza.  I love pizza and was really excited about trying this one.  I got the opportunity this past weekend when I was invited to a get together with some friends. I decided this would be the perfect opportunity to make this pizza dough. It's really hot here these days so I decided to grill it instead of heating up their house.

I chose Pizza Margherita because of it's simplicity. It's basically just uncooked crushed tomatoes, mozzarella cheese and fresh basil. The original pizza was created by an Italian baker from Naples in honor of Queen Margherita.   The red, white, and green ingredients were his homage to the Italian flag.  We had it as an appetizer while the main course was being prepared.  The simple ingredients and the fast preparation worked out really well. 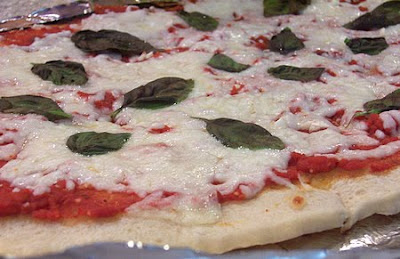 The Pizza Dough is made using the formula on page 273 of Bread: A Baker’s Book of Techniques and Recipes by Jeffrey Hamelman.

I started the process by making a biga of bread flour, water and yeast.  I let the biga sit on the counter for about 15 1/2 hours.

After the biga had rested sufficiently, I mixed all the ingredients together in a mixing bowl (except the biga and the olive oil). You can use a mixer but I mixed it by hand using my danish dough whisk. 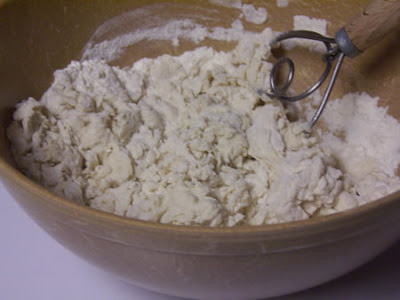 Then, I added the biga in small chunks. Well, my biga was not that firm, it was more like little blobs than chunks.  This was probably because it was much hotter than 70 degrees in my house. 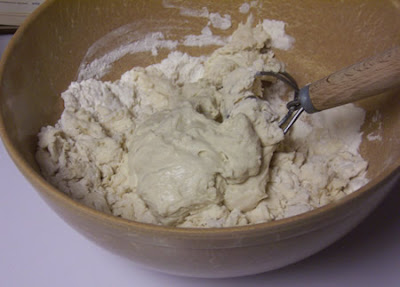 Drizzle the olive oil over the dough and continue mixing until the dough is supple.  I mixed this part with my hands.  The dough was squishy between my fingers. 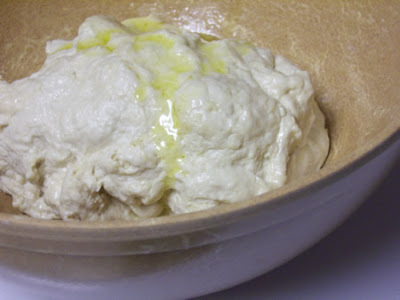 After I had incorporated the olive oil, I transferred the dough to the counter and kneaded it for about 5 minutes. 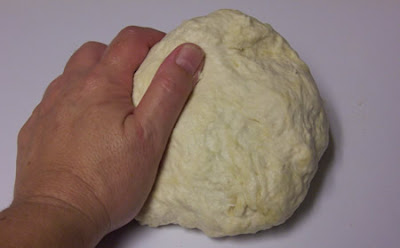 Then placed the dough in an oiled bowl and covered it with plastic. 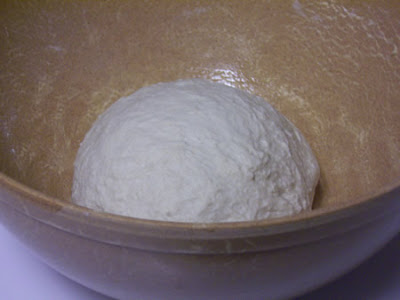 And let the dough ferment for a few hours. 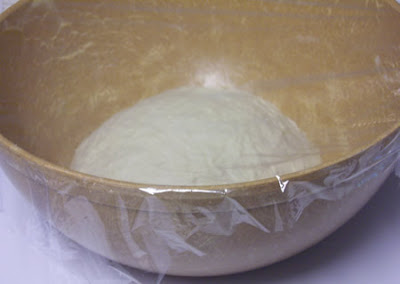 I folded the dough after about an hour of bulk fermentation. 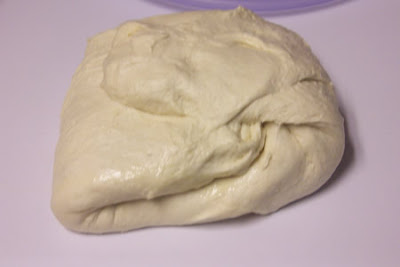 Then, I let the dough ferment for another hour at home and transported it in the bowl.  The dough actually fermented for close to 3 hours rather than 2 hours.

Once we got to our friends house, I divided the dough into two balls and let them rest on the counter for about 20 minutes.   I would normally use parchment paper in the oven on the baking stone, but since I was going to grill the pizza, I put the dough balls on greased aluminum foil instead. 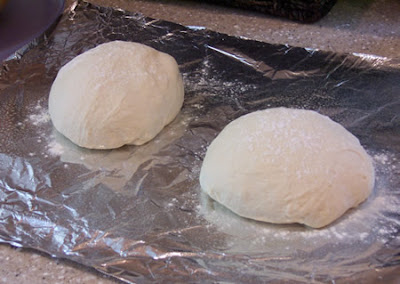 At this point, I followed the instructions for the grilled Queen Margherita Pizza.  The recipe is from Pizza on the Grill by Elizabeth Karmel and Bob Blumer.

Pour the crushed tomatoes into a small nonreactive metal or glass bowl.  Add the garlic and season with salt and pepper.  Drain the excess liquid from the tomatoes and discard.

Directions for grilling the pizza:

Preheat a gas grill by setting all of the burners to high, then close the lid and leave on high for 10 minutes, then reduce the heat of all the burners to medium. Then I took it outside using my handy-dandy pizza peel.  I just love this peel!  It's very versatile and easy to use.  It keeps me from getting burned when making pizzas in the oven or on the grill and it folds for easy storage. 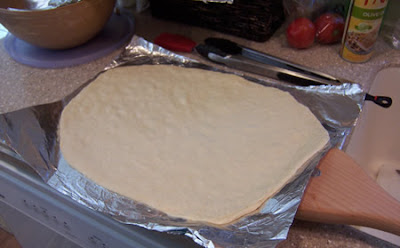 Grill the first side of the pizza until the bottom is well marked and nicely browned. 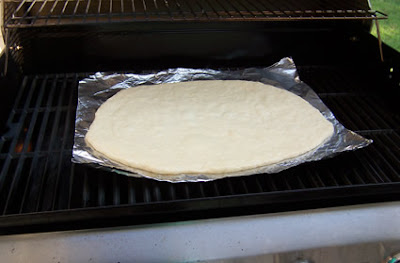 Use tongs or a pizza peel to flip the pizza. If you grill directly on the grate, you'll get nice grate marks, but I used aluminum foil so I didn't get the grate marks. 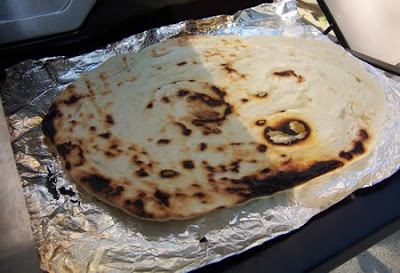 Spread the entire surface with the sauce, sprinkle with the garlic, and top with the cheese. 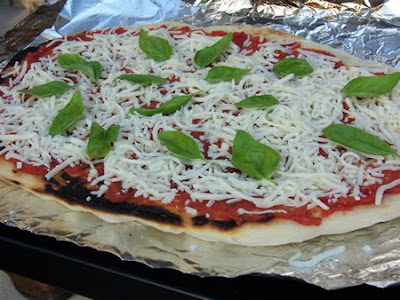 I put all of the toppings on the pizza and started to grill it, 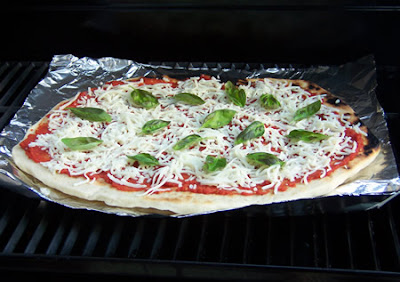 but then I remembered that I wasn't supposed to add the basil yet.  So I took the basil off and finished grilling the pizza until the cheese had melted and the crust was done.

Then I removed it from the grill, and garnished it with more basil and some salt and pepper.  Then you're supposed to slice and serve immediately.  That was not a problem... 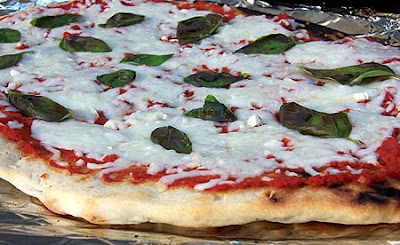 because everyone was chomping at the bit to eat the pizza.  In fact, I didn't get anymore photos, but it sure was good!

The Mellow Bakers group was started by Paul at Yumarama. We’re baking breads from Bread: A Baker’s Book of Techniques and Recipes by Jeffrey Hamelman.
Posted by Unknown at 15:25