I’m baking along with the Bread Baking Babes and Friends this month. Elle is the hostess and she chose Soft Pretzels.  I love pretzels, especially the soft ones so I’m delighted to be baking along with this talented group of bakers.  Elle gives an interesting account of the history behind pretzels on her blog. You might want to check it out.

These pretzels are really easy to make and the dough is great to work with. I’ve been eating them for snacks. I topped some of them with kosher salt and some with cinnamon sugar.  Delicious! 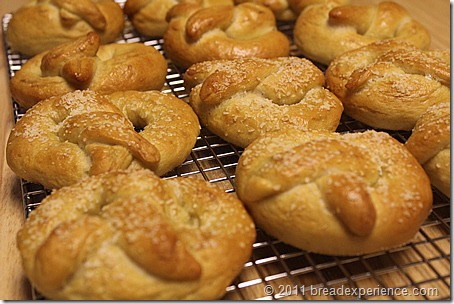 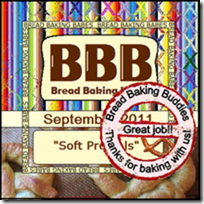 Classic Tomato Soup from the Garden

Nothing beats the taste of fresh tomatoes from the garden.  At least that is what I’ve always heard. I had never really been fond of tomatoes regardless of whether they were fresh from the garden or from the market.  That is, until I started growing my own tomatoes. There’s just something about growing your own food that makes you appreciate the flavor of food more and gives you a sense of satisfaction in knowing that you are eating healthy.

Even though I didn’t care too much for raw tomatoes growing up, I have always enjoyed dishes made with tomatoes, particularly tomato soup. When you pair tomato soup with crusty bread or a grilled cheese sandwich, it’s comfort food at it’s finest.

I picked a bunch of tomatoes from my garden the other day and since the weather has gotten a little bit cooler, I decided to make tomato soup - again.  This Classic Tomato Soup is made with Roma tomatoes and herbs from my garden. 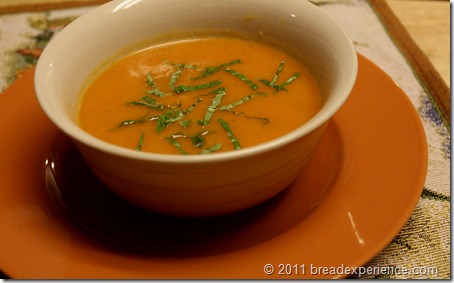 A friend came over for dinner the other night and I served this tomato soup with the Garden Tomato Bread I posted about a few days ago. 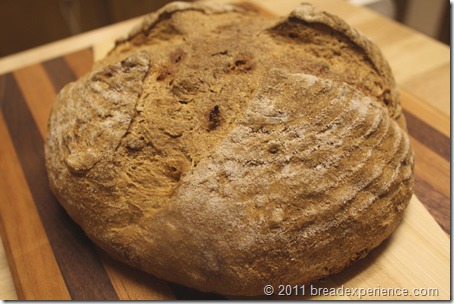 The combination of the tomato soup and bread was delicious! I think this is my favorite tomato soup so far. It’s smooth and creamy, but it doesn’t have any milk or cream in it. My friend enjoyed this soup so much that he texted me a couple of days later and said “The soup is still on my mind. Next time you make it, make a couple of extra bowls 4 me”. I still have a bunch of tomatoes so I don’t’ think that will be a problem.

What does a bread baker do with an abundance of homegrown tomatoes?  She makes Tomato Bread, that’s what!

As I’ve mentioned a few times on this blog (and to anyone that will listen), I’ve had a wonderful harvest of tomatoes from my container and straw bale gardens this year. I’ve been having lot’s of fun making tomato soup, and canning tomato sauce, salsa, pasta sauce and slow-roasted tomatoes. I’ve even put three quart-size jars (and still counting) of lemon cherry tomatoes in the freezer.

I still have a bunch of tomatoes waiting to be eaten and even more on the bushes waiting to ripen.  So I started looking for different ways to use the tomatoes.

I happened upon this Garden Tomato Bread and thought it would be the perfect match. It is made with homegrown tomatoes and fresh herbs and even includes some pumpkin and sunflower seeds.  When you bite into this bread, it’s like eating a slice of garden.  And, when you pair the bread with some homemade classic tomato soup, you’ve got yourself a delicious and local meal.

I was really excited to serve a meal made from my urban garden so I invited a friend over for dinner the other night. He liked the combination of this bread and the tomato soup so much that he said I needed to market it. I decided to blog about it instead.

A Mixed-Flour Miche is a huge country loaf made with a stiff-texture levain and high-extraction flour.  According to Jeffrey Hammelman, this bread is similar to the type of large, naturally fermented whole-grain loaves that were common on country tables for centuries throughout Europe. So when we eat this bread, we’re enjoying a bit of history.  I like that! 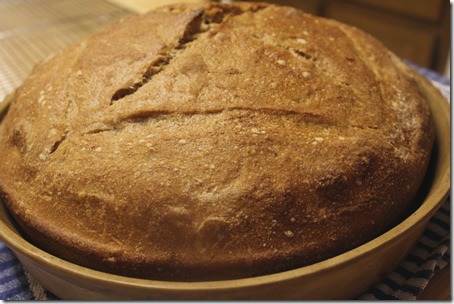 I mill my own whole wheat flour so I decided to do an experiment to see if I could determine the percentage of extraction and get to 92% or something close.  Now let me just say that I’m not a mathematician but I figured I could do this.

I measured 3.2 ounces (3/4 cup) of medium-grind Hard Red Spring Whole Wheat Flour and sifted it to determine how much of the bran/germ was removed.  I ended up with 3.17 ounces of flour after sifting it once and 3.10 ounces after sifting it twice.  I performed this experiment a few times and each time I got the same result.  So I determined that if I use the same flour and sift it once, I end up with a .935% extraction and sifting it twice leaves a .914% extraction.  I decided to go with the .914% extraction for this bread. 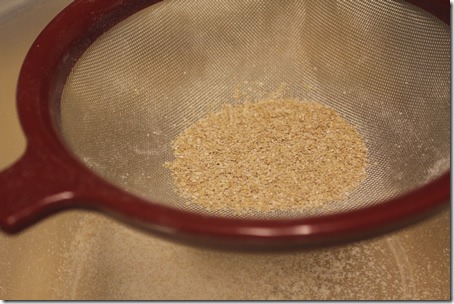 You can do this experiment even if you don’t mill your own grains.  Just choose a hard red spring or winter wheat, or one with a bread flour gluten specification of 11.5 to 13 percent.  Use a medium-to-coarse grind because the fine grind will pass right through the sieve.  Run it through the sieve or sifter.  The smaller particles of bran and germ will sift through, but the larger pieces will remain in the sieve. Refer to the above photo.

Another method is to blend half whole-wheat flour and half bread flour or you can even use all whole wheat for this bread.

I used the Mixed-Flour Miche formula from the Bread: A Baker’s Book of Techniques and Recipes by Jeffrey Hamelman

I didn’t change the formula so I’m not posting it, but you can find an adapted version here.

As I mentioned the loaf was huge. However, it fit perfectly in my La Cloche baker. 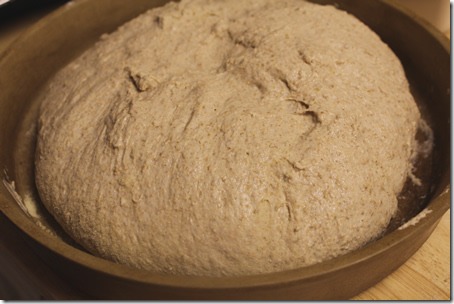 So I proofed it and baked it in the bell-shaped baker. 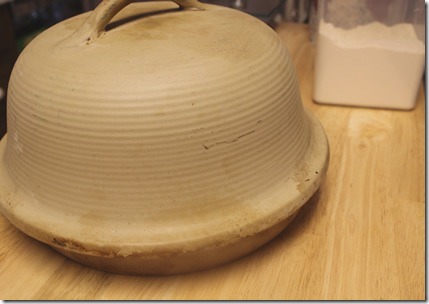 After the loaf has baked and cooled, you’re supposed to wrap it in baker’s linen and let it sit for at least 12 hours before slicing and eating. 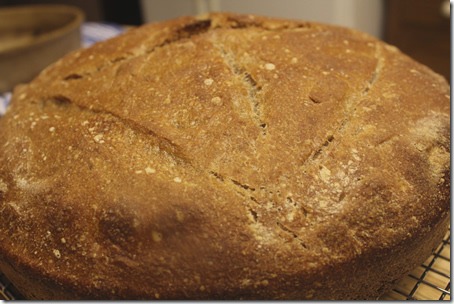 I waited about 18 hours and then sliced it and tried it.  It was chewy and very tangy. It reminded me of a typical chewy sourdough rye bread.  Not exactly my cup of tea (or slice of bread rather), but I enjoyed making it. 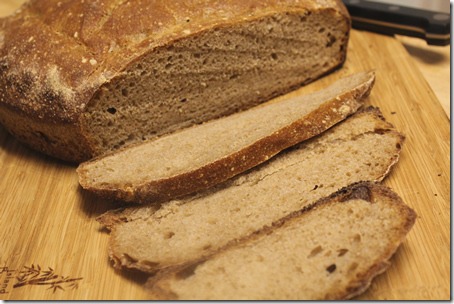 This bread has good keeping qualities and it tastes better (to me) after a couple of days.  It can keep for about a week at room temperature.

I had dinner with my friend from Eastern Europe the other night and I gave him a slice of this bread.  He took one bite and his eyes lit up.  He said, “Sourdough Rye. Oh!  This is so good!”  So I gave him the rest of the loaf.  He was only too happy to receive it. That made me very happy.  I knew there was a reason I made this bread.

Whole Grain and Emmer Challah with Apples and Honey

The HBinFive Challenge is winding down. I haven’t made all of the breads in the Healthy Bread in Five Minutes book but I wanted to at least finish the race.  With only a couple of bread braids to go, I decided I better get baking. The breads for the September 15th Bread Braid include Apple and Honey Whole Grain Challah and Sweet Potato and Spelt Bread.

The challah, shaped like a turban, is a delicious Fall bread made with whole wheat, apples and honey. It was a fun bread to make. I added some Emmer flour in addition to the whole wheat and all-purpose flour.  So my version became Whole Grain and Emmer Challah with Apples and Honey.  The Sweet Potato Spelt Bread also sounds really good so I hope to get to that one next time. 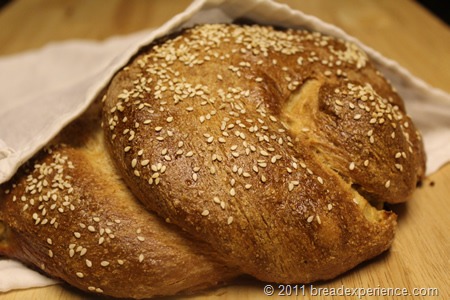 Whole Grain and Emmer Challah with apples and Honey

The HBinFive Baking Group was started by Michelle of BigBlackDog.  We have been baking through the breads in the Healthy Bread in Five Minutes book.