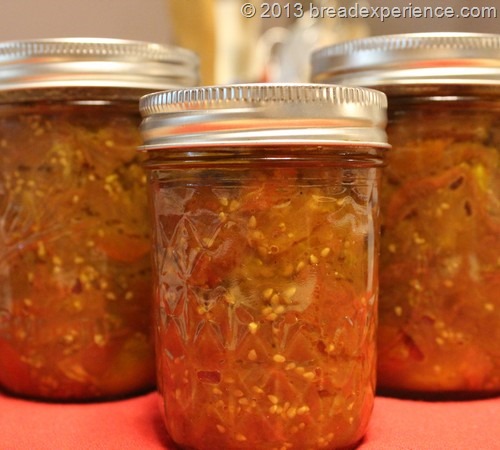 I’ve been participating in a community garden this year. It’s been neat watching all of the vegetables, flowers and herbs grow and I’ve learned a lot from the other gardeners.

I started my community plot a couple of weeks after I got back from visiting the UK.  This is a photo of the plot at the beginning of the season. I put a big blue butterfly in my garden, but some of the other gardeners got really creative and put scarecrows, hand painted signs and other special touches in their gardens. I’ll have to think of something special for next season. 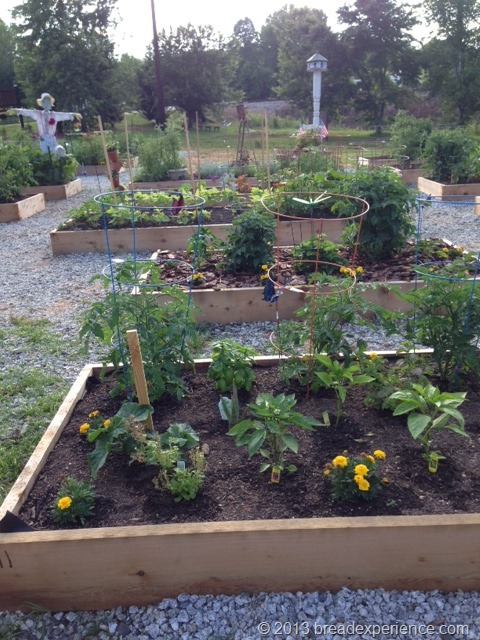 I planted three tomatoes plants. The one on the far left produces big tomatoes like beefsteaks, the one in the center is a pink stripey and the one on the far right is a black cherry tomato plant. I also planted a cucumber plant, several types of peppers, two types of basil, pole beans and some other herbs and flowers. This is a photo of the plants mid-season. 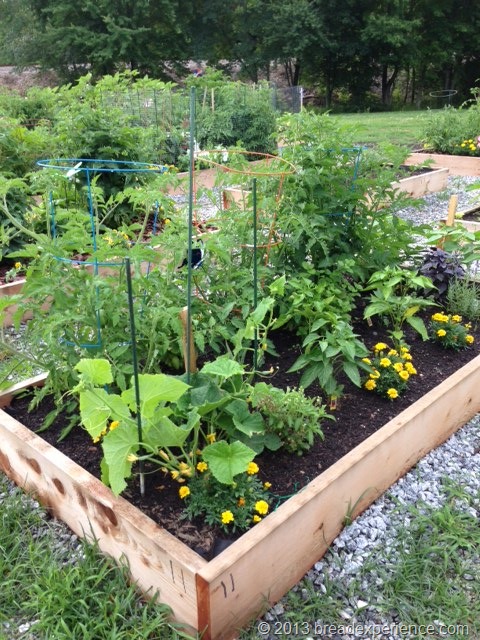 About the time the tomatoes were starting to ripen, the oddest thing began happening. Some animal (human or otherwise) started snatching my big tomatoes before they had the chance to ripen. It’s happened every time a tomato started to get a little bit pink. I’ll see the tomato one day and the next day, it’s gone. I still haven’t figured out what’s going on.

I was really looking forward to some roasted tomatoes, but since the tomato caper has been snatching all of my big tomatoes before they become red and juicy, I couldn’t use them in this recipe. However, for some reason, he/she/it doesn’t like my beautiful black cherry tomatoes so I’ve had an abundance.

It just so happens, that slow-roasted cherry tomatoes make a delicious treat as well so all was not lost.

You can use beefsteak tomatoes, heirloom, or cherry tomatoes for this recipe.  The slow-cooking method really brings out the flavor of  tomatoes.  It makes them more concentrated and delicious! 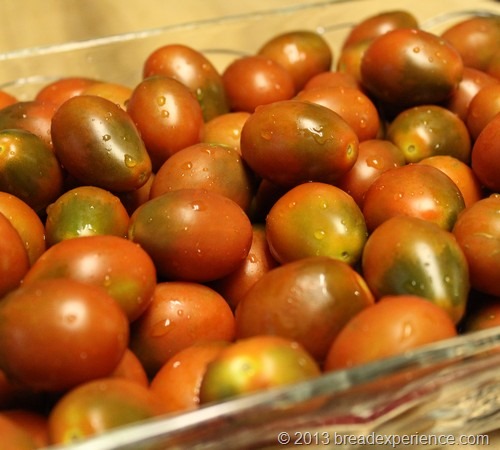 Step 2: Toss together the tomatoes, garlic, thyme, rosemary, vinegar, salt, freshly ground pepper and 1/4 cup of the extra virgin olive oil in a large mixing bowl, using your hands. Yes, use your hands for this part. 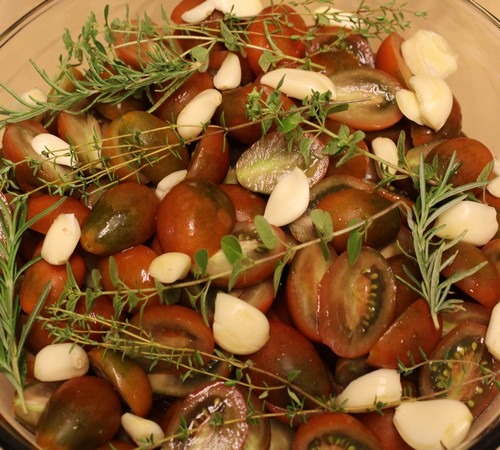 Step 3: Next you’ll place the tomatoes skin side up on the parchment-lined baking sheet. Sprinkle the garlic and herbs around the tomatoes. Discard any extra marinade that’s left in the bowl. 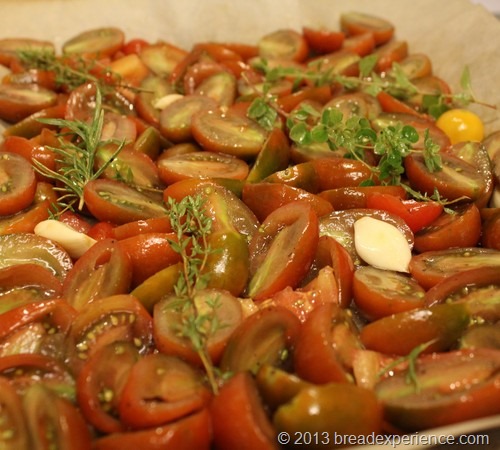 Step 4: Roast the tomatoes for 1 hour. After an hour, rotate the pan and reduce the oven temperature to 175°. Continue to roast the tomatoes until the skins crack and the tomatoes feel soft to the touch, about 3 hours longer (less if you’re roasting cherry tomatoes). Turn off the oven and let the tomatoes rest in the oven for 2 hours (or overnight, if you have a gas oven with a pilot light).

Step 5: Remove the baking sheet from the oven. Peel the skins off the tomatoes and discard the garlic and herbs. This part took awhile because there were so many tomatoes, but it was worth it. 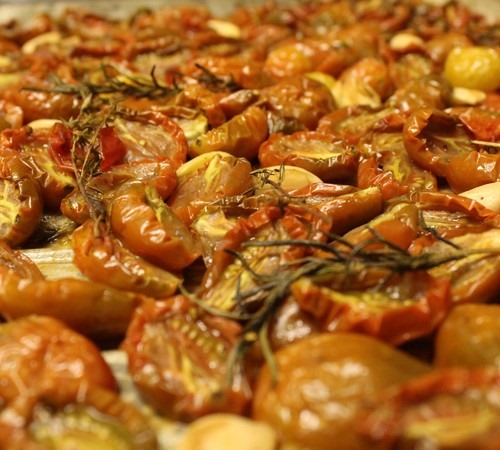 Step 6: Place the tomatoes in quart-size (or smaller) glass canning jars. Top with the remaining extra-virgin olive oil. You may need more or less oil depending on the size of your jar(s). I used 2 pint-sized jars and one 8 oz. jar. Be sure to leave a ¼-inch space at the top of the jar. The tomatoes should be completely submerged in oil. Place the lids and rings on the jar(s) and tighten. Refrigerate the tomatoes for up to 2 weeks. 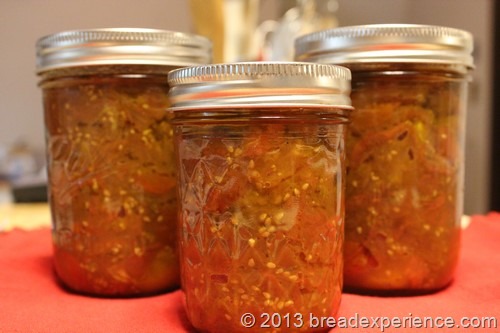 I’ve really been enjoying these roasted black cherry tomatoes.  The roasting definitely brings out the flavor.  They taste great over pasta or spread on crusty bread.