There’s something so satisfying about making a loaf of bread with the simplest of ingredients. I was thrilled when the Artisan Bread Bakers chose this Simple Milk Loaf as the Bread of the Month. Sometimes you just want a homemade loaf of white bread.

As I mentioned in a previous post, January is National Wheat Bread Month. I featured a Whole Grain Harvest Bread in that post because it’s a healthy and whole grain bread.  However, there are other types of wheat flours you can use to make bread, such as, white bread flour, all-purpose, and even spelt or rye. This Simple Milk Loaf is made with a mixture of white bread flour and all-purpose flour.

If you’re looking for a homemade sandwich bread as an alternative to store bought bread (without all the additives), this one is a good choice. 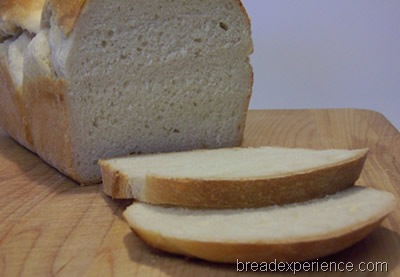 2. Traditional mixing method: Place the yeast, milk and syrup into a large bowl and whisk together. 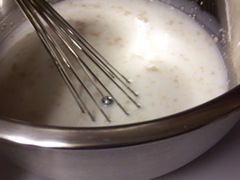 3. Add the flour and salt and mix with your hands to bring together as a soft, sticky dough.  I used a dough whisk instead of my hands to begin with. 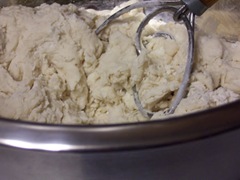 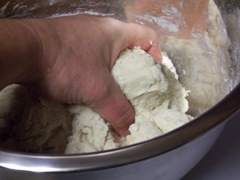 4. Pour over the warm melted butter. 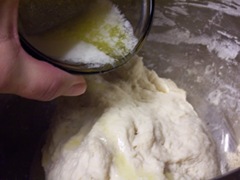 Mix this into the dough with your hands. 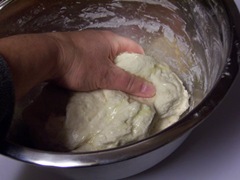 Then cover the bowl and leave to stand for ten minutes. 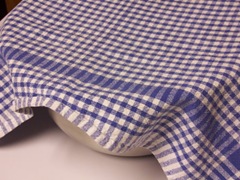 5. Grease your hands and a flat clean surface with olive oil. Remove the dough from the bowl and knead for ten seconds, then form the dough into a smooth round ball. 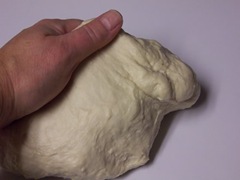 Wipe the bowl clean and grease with olive oil, then return the dough ball to the bowl and leave for a further ten minutes. 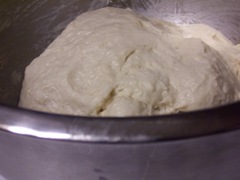 6. Repeat this ten-second kneading and resting process every ten minutes twice, then leave the dough to rest for 30 minutes. 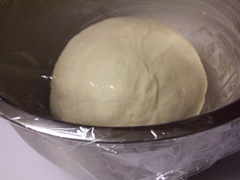 7. Grease a deep 5x8in loaf tin and dust with flour. Divide the dough into two equal pieces, shape into two balls and place side-by-side into the loaf tin. 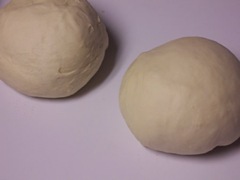 Cover with a cloth or plastic wrap and leave to rise for one and a half hours, or until almost doubled in height. About 20 minutes before the bread has finished rising, preheat the oven to 410F. 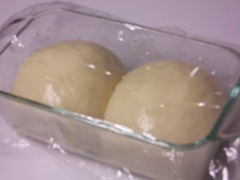 8. Brush the top of the loaf with a little milk. 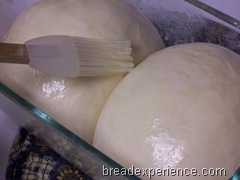 Then place into the preheated oven to bake for 15 minutes, then reduce the heat to 350F and bake for a further 25-30 minutes, or until the top of the loaf is a shiny dark brown and the loaf has come away from the sides of the tin. 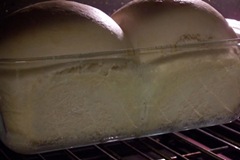 9. Remove from the tin and leave to cool on a wire rack. 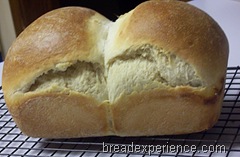 I had a piece of this bread plain with butter, but decided it needed something else so I had another slice with Pomegranate and Pear Jam, then I had a slice with peanut butter.  I didn’t take a photo of the peanut butter slice. However, peanut butter is the ultimate test for sandwich breads for me and this one passed the test. 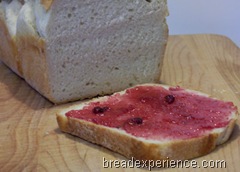 Thanks for joining me in the Bread Experience blog.

Next time, I’ll be featuring a bread with a mixture of white bread flour and whole wheat bread flour. Even though I liked this Simple Milk Loaf and got a lot of satisfaction making it, I think I prefer breads with at least some whole wheat flour.  It gives it more depth of flavor.