It’s National Pizza Week!  Have you celebrated it yet? There’s still time. Not that you need an excuse to have pizza, but you wouldn’t want to pass up this opportunity now would you?  I didn’t think so.

Instead of going out for pizza Friday night, I recommend that you make your own. I even have the recipe for you.  It’s a delicious Country Pizza Dough that was created by Peter Reinhart and is featured on Pizza Quest. 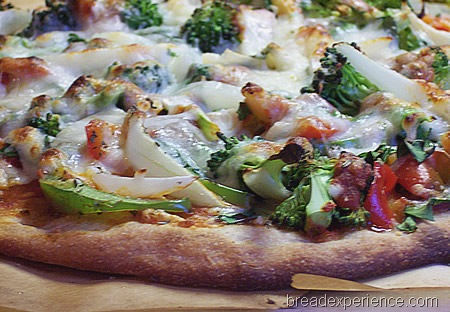 In case you haven’t heard about Pizza Quest, here is an excerpt from the Vision Statement:

Pizza Quest is a site dedicated to the exploration of artisanship in all forms, wherever we find it, but especially through the literal and metaphorical image of pizza. As we share our own quest for the perfect pizza we invite all of you to join us and share your journeys too...

You’ll definitely want to check out the Pizza Quest site. They have some great videos as well delicious pizza recipes.

You can find the recipe for the Country Pizza Dough here.

This dough is great!  It’s easy to make and it’s transportable. My sister and I visited my mom for her birthday and I brought this Country Pizza Dough with me.  I made it the night before and placed it in the refrigerator overnight.  You can use the dough anywhere from 6 hours to three days after you put it in the refrigerator.

You’re supposed to pull the dough out of the refrigerator two hours prior to when you plan to bake it and shape it into balls. My mom lives about an hour and a half away from me so I let the dough balls rest during the drive and they were ready to go when I got to her house.  The recipe calls for five 8-ounce pizzas, but I decided to make them bigger so I made four 10-ounce pizzas. 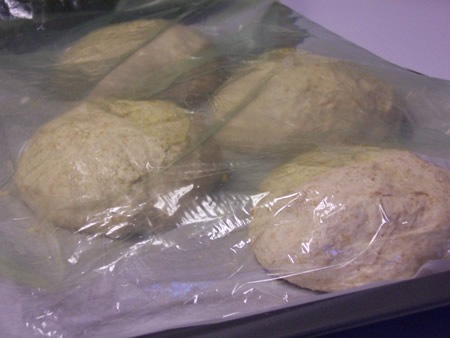 When I got to my mom’s house, I preheated the oven (with a pizza stone in it) at the highest setting (500 degrees), Then, I parbaked the pizza dough for a few minutes and spread pizza sauce on it. 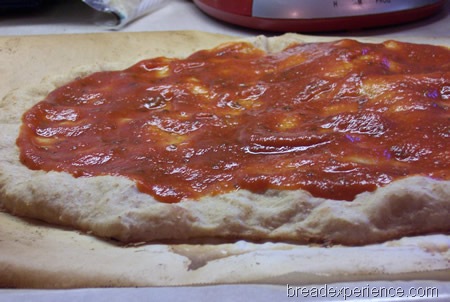 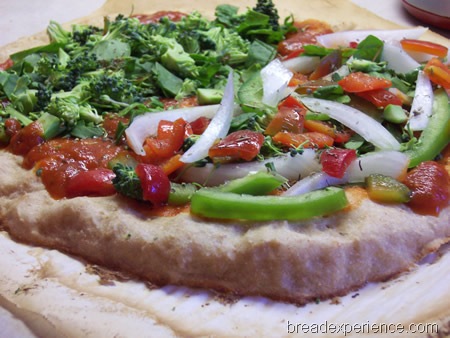 And then I added the cheese.  Mmmm… 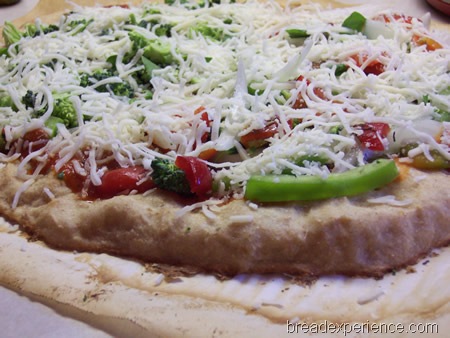 I made another pizza with the works.  I was afraid the dough might collapse under the weight of all of the veggies, but it didn’t. 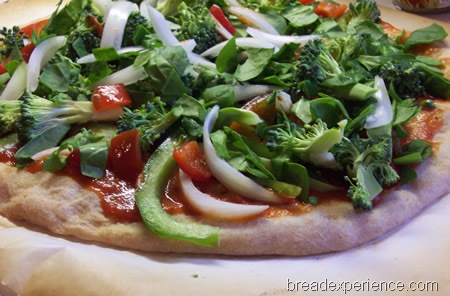 I finished baking each pizza for another 10 minutes or so until the cheese was melted.

This is the half and half pizza.  Both pizzas were very tasty.  We also had a salad so we definitely got our veggies in that day.  Yum! 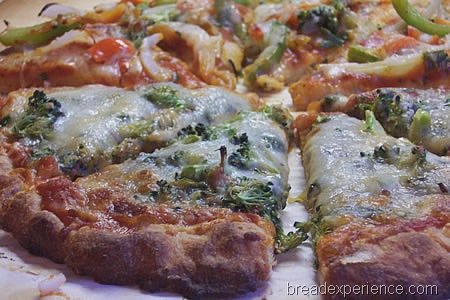 Thanks for joining me in my pizza adventure.  Now, go make some pizza!