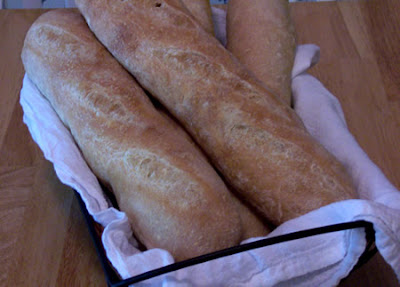 "The simplest of breads are the most difficult to produce, and the baguette is high on the list of "simple" breads: simple, in that it is made with a minimum of ingredients; there are no strong flavors that dominate, and it is above all the flavor of the flour that prevails.  Properly made, it is magnificent; poorly made, it is bland and insipid."  Jeffrey Hamelman

As I mentioned in a previous post, this has been the month for baguettes.  I started with Rosemary Flax Baguettes for the HBinFive Bakers. I posted about those last week.

That same weekend, I made Baguettes with Pâte Fermentée. Unfortunately, I over proofed them so the scoring didn't work very well and they didn't look like beautiful graceful loaves.  My boyfriend said these looked like creatures from the deep sea.  Not sure if that's a good thing or not. 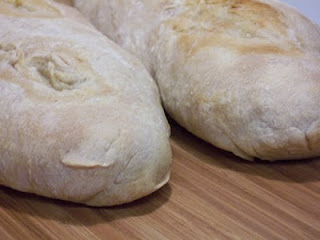 They may have looked like creatures from the deep sea, but the flavor of these loaves was exceptional!  I served these baguettes and some Rosemary Flax Baguettes for dinner and the Pâte Fermentée Baguettes were the favored bread hands down. 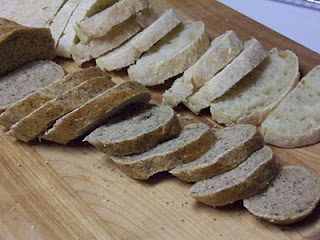 The Rosemary Flax Baguettes tasted really good, but my dinner guests preferred the flavor of the Pâte Fermentée baguettes.  In fact, I sent one of the scraggly-looking loaves home with my son's girlfriend and she said her parents thought it was the best bread they had ever tasted.  So, the moral of the story is that even scraggly-looking loaves (or loaves from the deep sea) can taste good. It's all in the mouth of the taster.

If you're looking for the recipe for these delicious Pâte Fermentée Baguettes, Natashya with Living in the Kitchen with Puppies created a modified version and it's posted here. 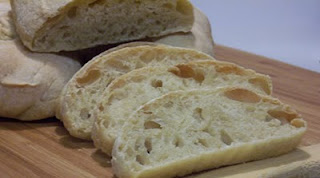 I tried my hand at these this past weekend.  I was not disappointed.

You can find a modified version of the Poolish Baguettes on breadcetera.com.  The main difference in this formula and the one in the book is that Steve uses all-purpose flour instead of bread flour, he reduced the dry yeast by 1/4 tsp and he uses a different technique than the one outlined in the book for mixing the dough. I actually tried it both ways but I'm only posting about the hand mixing method. Otherwise, this post would be really long.

I love mixing dough by hand.  I've resisted the urge so far to buy a KA Mixer but I've found at times that mixing the dough by hand doesn't always produce the results I'm looking for. I do use a mixer sometimes especially when my carpel tunnel is acting up, but since I've been taking my vitamins, it doesn't seem to be a problem.  So, happily I'm able to mix the dough by hand again.

The method that Steve demonstrates on his blog is Richard Bertinet's method of mixing the dough.  I was very intrigued by this method so I decided to try it.  I must say that this method gives you a good upper body workout.

Here is a video of Richard demonstrating his technique. This is one time I wasn't able to take photos of the process because the dough starts as a sticky mess and I would get it all over the camera.  Of course, that usually happens anyway, but I thought you might enjoy seeing the master at work.


I was able to take a few photos of the process.

I started out mixing the dough with my dough hook. 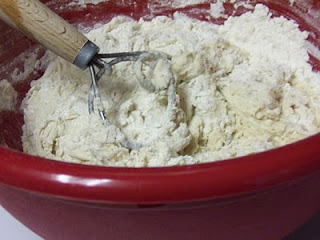 Until it was a sticky mess. 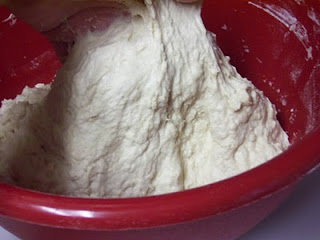 Then I dumped the sticky mess on the counter.  I didn't put any flour or oil on the counter because Richard said that was cheating. 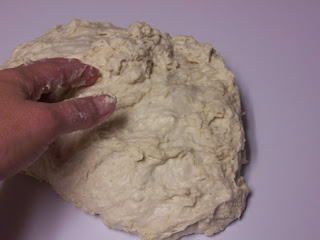 This is the dough about halfway through the process. 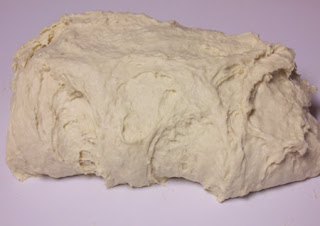 It took about 15 minutes of slamming the dough but it finally became smooth and silky. 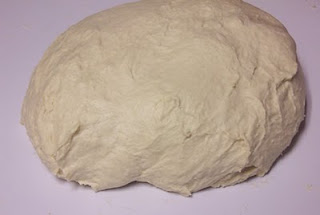 Then you put the dough in a bowl. 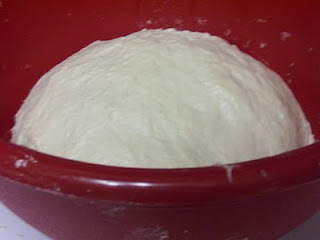 Cover the bowl with a cloth and let it proof for 1 1/2 hours. 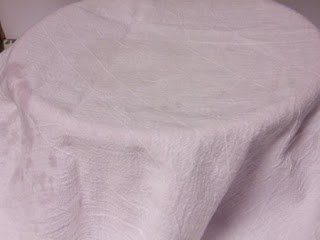 It only took a little over an hour for my dough to proof because my kitchen was really warm.  This time, I didn't fold it halfway through as suggested by the book. 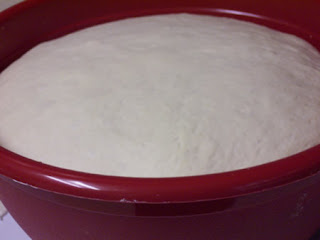 Then I carefully removed the dough from the bowl to the counter. 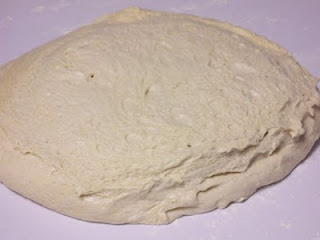 And divided the dough into 4 equal portions. 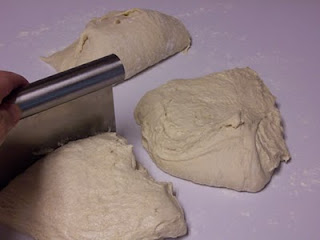 Then I shaped each piece into a baguette and placed the baguettes on a couche and covered them with plastic to proof for about an hour. 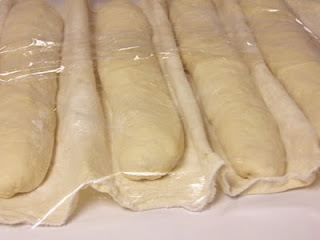 Once the loaves had proofed, I scored them using a serrated knife. 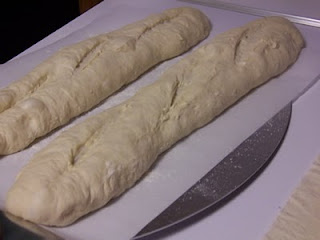 I baked them about 25 minutes on a baking stone that had been preheated in a 475 degrees oven.  I used a steam pan underneath and also spritzed the sides of the oven with water three times during the first 10 minutes of baking.

Here are the finished Poolish Baguettes.  They tasted really good, but I think I like the Baguettes with Pâte Fermentée the best. 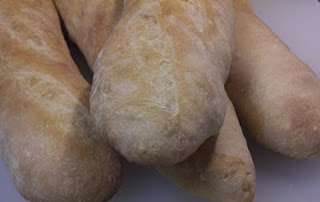 Thanks for joining me for my baguette-making experience. Be sure to check out what all the other bakers have been up to in the Mellow Bakers group.

The Mellow Bakers group was started by Paul at Yumarama. We’re baking breads from Bread: A Baker’s Book of Techniques and Recipes by Jeffrey Hamelman.
Posted by Unknown at 16:57