Due to my busy schedule the past couple of weeks, particularly with baking 27 breads for the STIR IT 28 Atlanta Event last weekend, I had to wait until the last minute to make the breads for the bread braid.  I’ll be honest, I almost blew this one off.  I was so exhausted at the beginning of the week, I didn’t want to think about bread much less make any for awhile. Plus, I kept doing stupid things like dropping a whole pan of taco meat on the floor while I was trying to put it away.  But, that’s a story for another day…

My bread-baking reprieve didn’t last very long – two days to be exact.  By Wednesday, I was having withdrawals.  So, I decided to make a half batch of the whole wheat with olive oil dough.

100% Whole Wheat Bread with Olive Oil
You can find the recipe here. 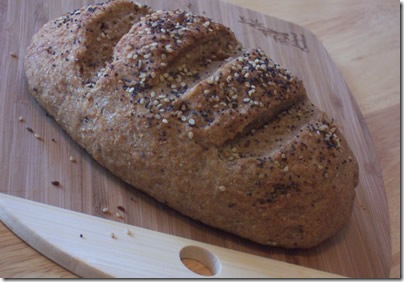 I’ve been doing some more research on home-milling and using different types of grains.  According to my new book (Flour Power: A Guide to Modern Home Grain Milling by Marietta F. Basey), hard red spring wheat has a higher protein content than hard red winter wheat due to the shorter growing cycle, but hard red winter wheat has a better flavor due to the longer growing season (they are both harvested in the summer) so I decided to use a mixture of both. 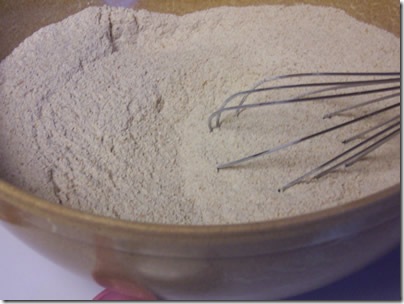 The home-milled whole wheat flour had also been sifted once to separate the bran and germ.  The resulting flour is called clear flour. Clear flour still retains some of the finer bran fiber from the outer endosperm of the wheat berry and is thus coarser and contains higher levels of ash.  We used this technique in the BBA Challenge for the Marbled Rye Bread. It is usually made from very high-protein wheat and is used for whole-grain and high-fiber breads.

I made up the dough and let it ferment on the counter for a few hours.  However, I didn’t put it in the refrigerator for the overnight retard.  The consistency of the dough looked, smelled and felt so good, I decided to go ahead and bake part of it. 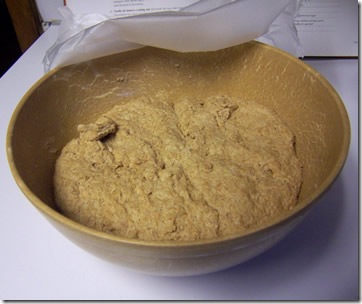 I weighed out two portions.  Each piece weighed slightly under a pound, but it was close enough. I used one piece for this bread and saved the other one for the Aloo Paratha. 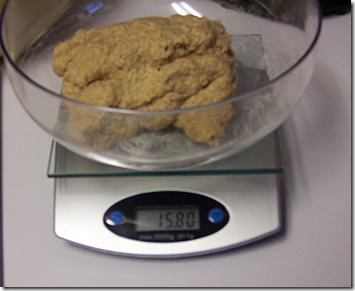 I shaped the dough into a ball and let it rest for a couple of minutes.  Then I shaped the ball into an elongated oval, placed it on parchment paper, and let the dough rest on the counter for about 90 minutes.  Right before baking, I made three slashes in the loaf using a serrated knife. 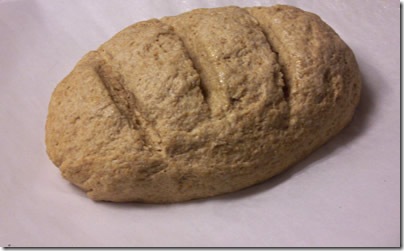 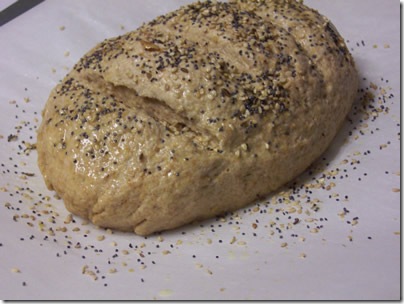 Then, I placed it on the baking stone with a steam pan underneath and baked it for about 30 minutes.  It had good oven spring. 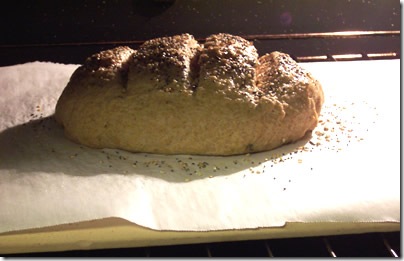 Here is the finished loaf. 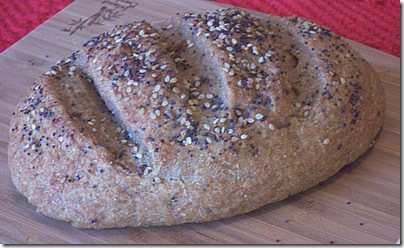 I really liked this bread.  It was very flavorful, not dense at all. It tasted really good as a PB&J.  As I’ve mentioned before, my test of whether a bread is good or not is if it tastes good with PB&J or at least with peanut butter. This one passed the test with flying colors. 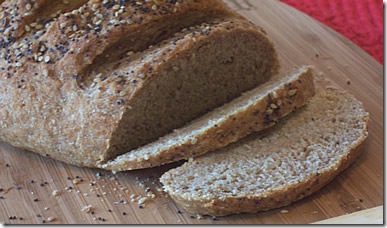 I loved the flavor of this bread. It’s one of my favorites so far.  I think part of it is because of the flour I used.  It was fresh and had a wonderful flavor. All I know is that I’ll definitely be making this bread again and using this flour mixture.

Thanks for joining me in the bread-baking blog.  I’ll discuss the other two breads next time. Check out Michelle's blog on March 1st to see what everyone else baked with this dough.