Astrid of Paulchen’s Foodblog is the host for the Bread Baking Babes and Friends this month.  She chose Vienna Bread as the bread of the month. Vienna bread is a type of bread that is produced from a process developed in Vienna, Austria, in the 19th century. The shape of Vienna Bread is determined by the baker, based on the intended function of the loaf. It is typically twelve inches long and weighs one pound. Some of the BBB bakers chose to make loaves and some made rolls or pistolets. I baked mine in a loaf pan. 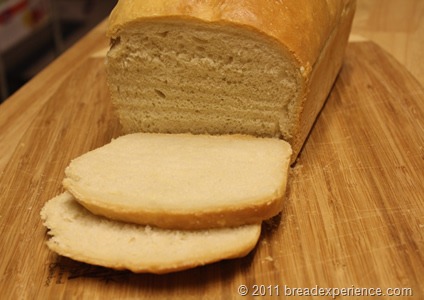 This version is from Peter Reinhart’s The Bread Baker’s Apprentice and is made with a Pâte Fermentée. I made this Vienna Bread last year during the BBA Challenge. However, this time instead of making freeform loaves, I baked it in a loaf pan and I omitted the Dutch crunch topping because I didn’t care for it too much last time.

This version is basically a glorified white sandwich loaf. But, you know what they say… you can’t judge a book by it’s cover.  Even though this version is a little humble-looking compared to the version I made last year, it makes for good toast and tastes good paired with tuna salad. 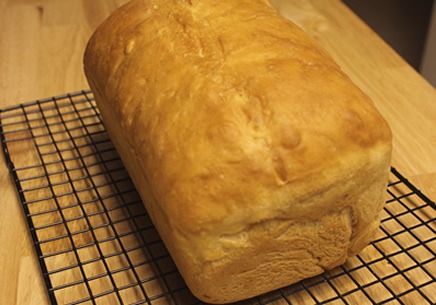 This is the version I made last time.  You can view the process here.  It was a very pretty loaf, but I thought the flavor was a bit lacking.  My taste tester said it tasted dusty.  I think I used too much flour last time so this one probably deserves another chance sometime. 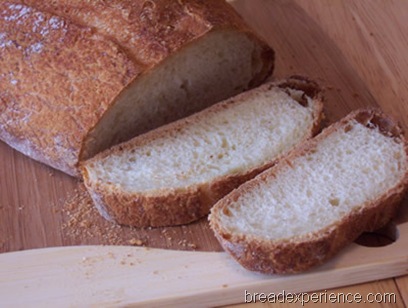 If you would like to make some Vienna Bread or rolls, you can find the recipe here.