I’ve been looking for ways to utilize my tomato harvest. I have an assortment of 30+ tomato plants. I planted a lot of Roma tomatoes to make marinara and tomato sauce, but I also have lemon cherry, Virginia Sweets, First Prize, Giant Belgium, Early Girl, Viva Italia, San Marzano, Beefmaster, and Black Russian. Some of them are heirloom and some aren’t, but I started all of them from seeds. I didn’t expect all of the seeds to germinate let alone survive so I am very proud of my babies.

I still have lot’s of tomatoes so I decided to make some tomato soup to freeze for the Fall and Winter. I went online to find a new recipe and found just what I was looking for on the Soup Chick. One of things I really like about this soup is that you don’t have to heat up your kitchen to make it. It’s made in the crock pot. How do you like that? I did… 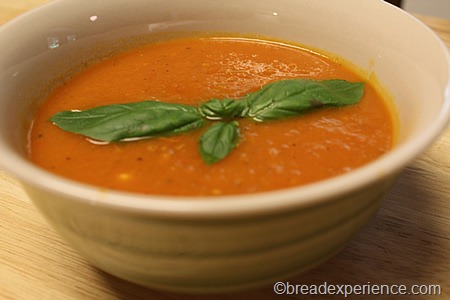 You can find the recipe on Soup Chick.  You’ll also find an assortment of other soups that you might like to try.

I used about 60 ounces of fresh tomatoes instead of diced tomatoes, but it’s nice to know that I can make this soup with diced tomatoes when my harvest is gone. I doubled the rest of the recipe.

I was hesitant to use the mayonnaise called for in the recipe because I’m not a big fan of mayonnaise, but then I read the comments about how it’s used as an emulsifier so I decided to include it.  I also had all of the herbs she used, but if you don’t like the combination of herbs she chose, you can use different herbs.

The Soup Chick left some of her soup chunky, but I pureed all of my soup in the blender.  The chunky soup looks good, but I decided I wanted a creamier texture. I also cooked mine several hours longer than she did.

I liked the process for making this soup. I also liked the flavor.  I’m looking forward to enjoying it with some crusty bread this Fall when it gets a little bit cooler.

In case you’re wondering, here are some of the tomato plants that contributed tomatoes for this soup.  This is a photo of my straw bale garden at the beginning of the season. I have (or had)  Roma, Virginia Sweets, First Prize, Viva Italia, and Black Russian tomatoes planted here. They have produced a wonderful harvest, but some of the plants have already gone on to tomato heaven. 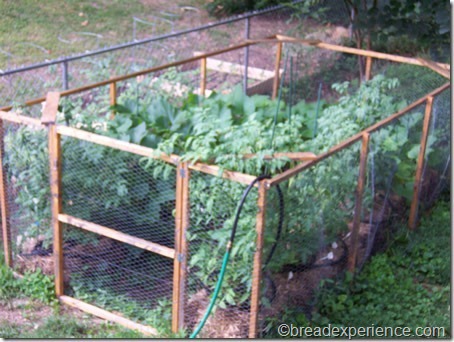 I also have a bunch of Roma tomato plants, Lemon Cherry, Viva Italia, Early Girl and First Prize planted in big pots on my front walkway and on the back deck.  They’re still going strong, but they’ll be winding down soon – I hope. 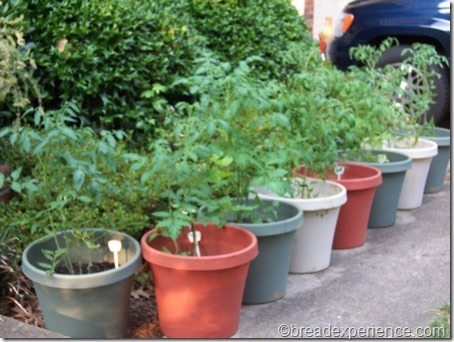 I’ve been enjoying my tomato harvest this year, but I think maybe I’ll give more of the plants away next time…

Thanks for visiting the Bread Experience bread baking blog.  I hope you’ll join me again soon.