Happy New Year!  I’m starting the year off with a healthy bread. This 100% Whole Wheat Flaxseed Bread is one of the breads the HBinFive Bakers made for the January 1st Bread Braid.  It’s a very simple, but delicious bread.

It smelled so good while it was baking. There’s just something about the smell of fresh bread baking in the oven.  Some friends came over about the time I put the loaves in the oven so I thought it was only fair to give them one.  Actually, I had planned to give them a loaf anyway so I was glad that the aroma tantalized them and that they gladly accepted the loaf and some Strawberry Jam to go with it. 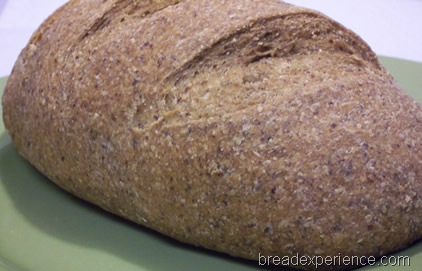 This 100% whole wheat bread includes some ground flaxseed for extra nutrition.  Adding flaxseed to bread is a great way to ensure you’re getting omega-3 fatty acids in your diet.

I mixed the dough two days before I planned to make this bread.  That’s one of the benefits of using this method.  After you mix the dough, let it sit on the counter for 2 hours, then place it in the refrigerator and use it to make bread over the next 10 days (or the amount of time specified by the particular dough you’re making).

On bake day, I took the dough out of the refrigerator and divided it into two pieces. I had only made one-half of the recipe so it was enough dough for two loaves. I shaped each piece into a ball and covered them and let them rest on the counter for about an hour until the dough warmed to room temperature. 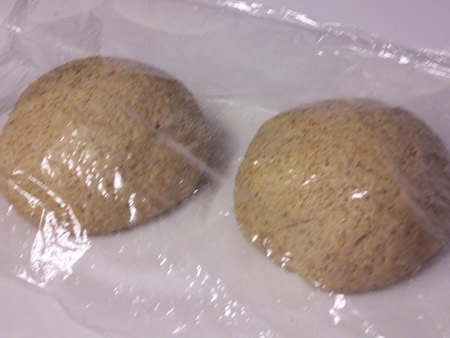 Then, I flattened the dough out into rounds so I could shape them into torpedo-shaped loaves. 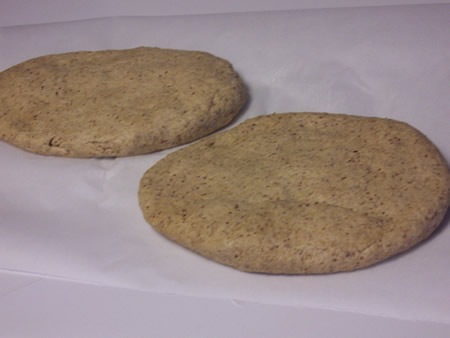 I folded the top half of the dough to the middle and pressed the seam down with my fingers. 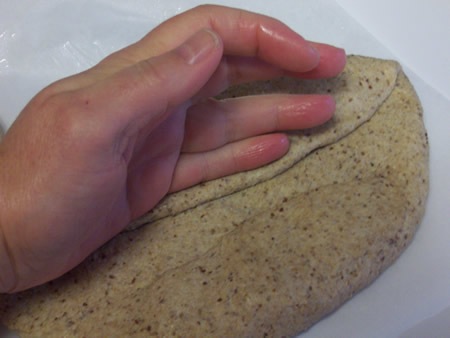 Then I folded the bottom half up to the middle and pressed the seam with the back of my hand to make sure it stayed closed. 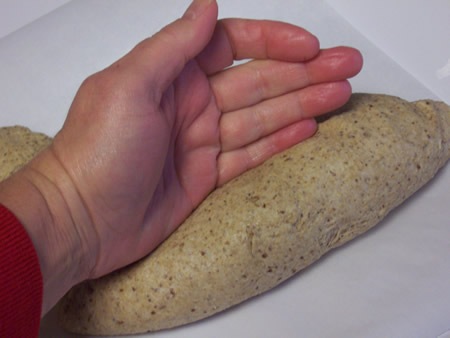 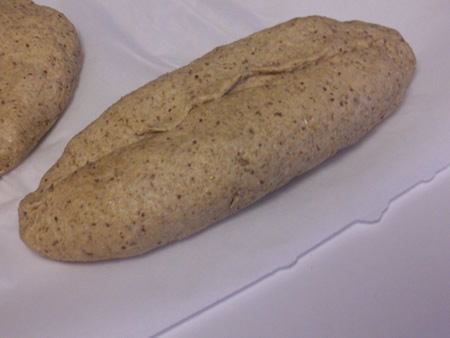 Then I turned the loaves seam down on parchment paper and let them proof for an hour. The loaves didn’t rise much during the proofing which is normal for the Healthy Bread in Five Minutes’ breads. 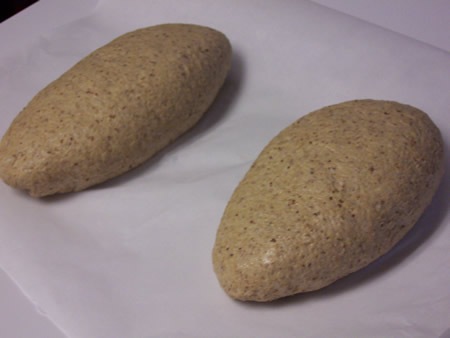 Right before baking, I scored the loaves with three slashes. 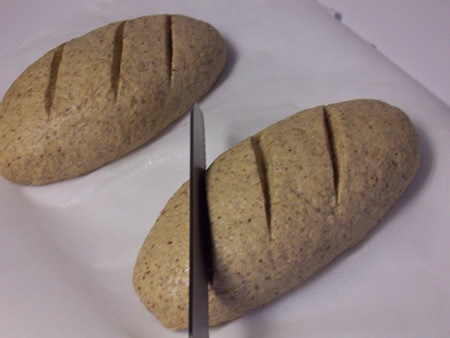 Then I covered the loaves with plastic while I preheated the oven to 400º F/200º C with a baking stone on the middle rack and a steam pan underneath. 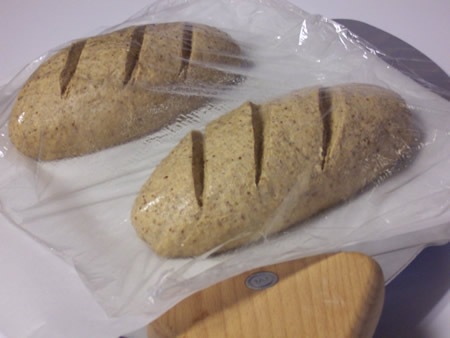 Once the oven was preheated sufficiently (about 30 minutes), I placed the loaves (parchment paper and all) on the baking stone and poured a cup of hot water in the steam pan.  I baked the loaves for 30 to 35 minutes until they were richly browned and firm. Then I placed the loaves on a cooling rack to cool before I gave one away. 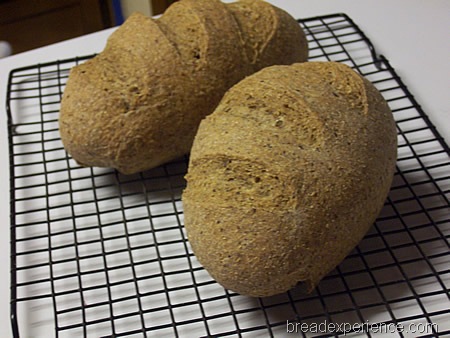 We sliced the other loaf and enjoyed it toasted with cheese along with some Garden Fresh Tomato Soup made with the last tomatoes from my garden. I know it’s way past growing season but the tomatoes didn’t get the message. When the weather turned cold, I removed them from the vines and let them ripen inside.  Both the soup and the bread tasted great. 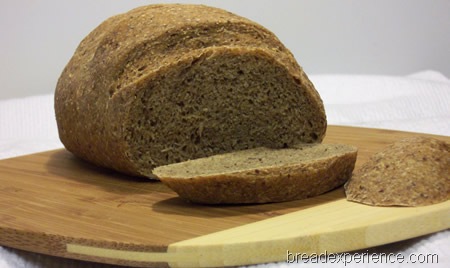