My quest to bake my way through the Healthy Bread in Five Minutes book continues.  I’ve skipped a few breads, but for the most part I’ve kept up with the other HBinFive Bakers.

The breads for the HBinFive 25th Bread Braid, are Dilled Rye with White Whole Wheat and Whole Grain Rosemary Potato Dinner Rolls with Salt Crust.  I made the Dilled Rye. 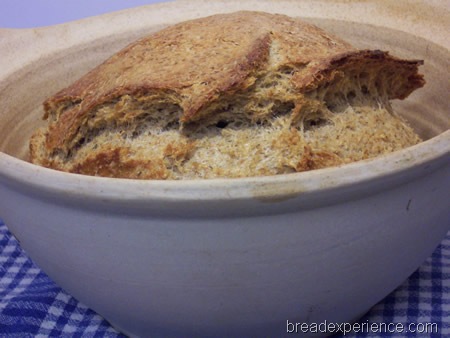 As luck would have it, I got another opportunity to try my hand at baking rye bread this month. The bread for the Mellow Bakers was a sourdough rye, but this Dilled Rye is not a sourdough, it is a no knead bread. It is made with a mixture of whole rye flour, white whole wheat flour and all-purpose flour. It also includes some dill to give it a Mediterranean flair.

You can find the recipe for this Dilled Rye with White Whole Wheat on page 123 of Healthy Bread in Five Minutes book. I only made half the recipe which ended up being a little over two pounds of dough. It was just enough to fit in my handmade bread pot.

For the flour, I milled some Hard White Winter Wheat using my WonderMill Grain Mill right before I made this bread so when I say freshly-milled, it really is fresh. 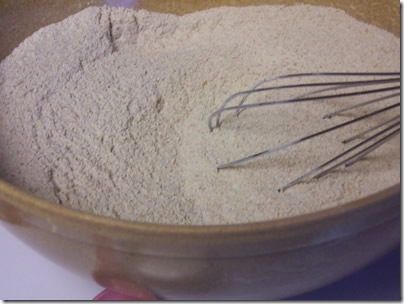 I had a little bit of rye flour that I had gotten from the farmer’s market in the freezer so I used it instead of milling some more. I have way too many flours in my freezer right now so I need to use them up.

After I had mixed the ingredients into a dough, I let the dough sit on the counter for two hours, then I placed it in the refrigerator overnight.  It’s been an extremely stressful week so I actually let it sit for two nights. I chilled while it chilled. 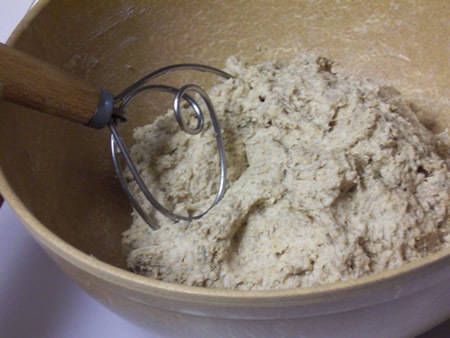 Today, when I was ready to bake the bread, I took the dough out of the refrigerator, shaped it into a ball and placed it in a smaller bowl and let it sit on the counter for about 1 1/2 hours until it came to room temperature.  It didn’t rise very much during this time, but it did take the chill off of the dough. 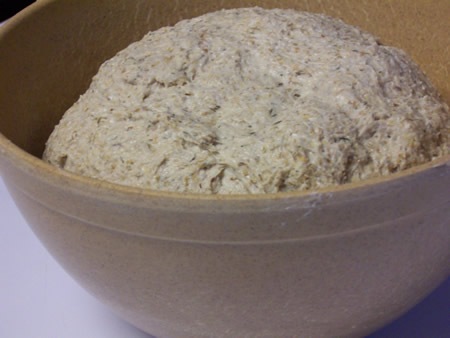 After about an hour, I placed the bread pot in the oven and preheated the oven to 450 degrees.  After the oven had preheated for about 30 minutes, I plopped the dough into the bread pot (carefully because it was really hot). 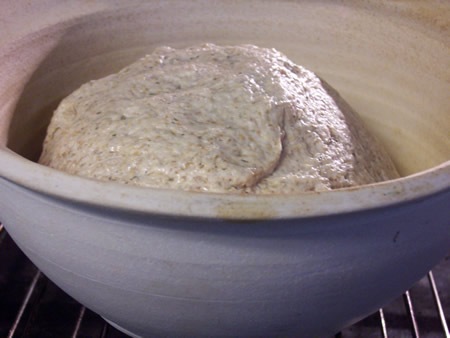 I baked the loaf in the pot with the lid on for about 15 minutes. 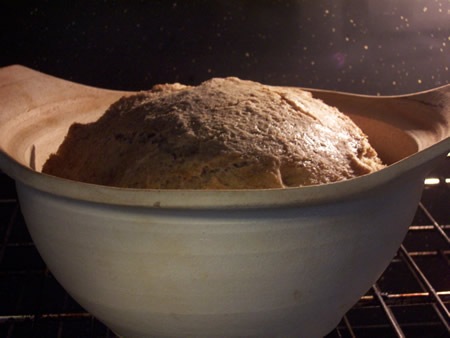 Then I removed the lid and baked the loaf another 30 minutes or so until the crust was crispy and a beautiful brown color. 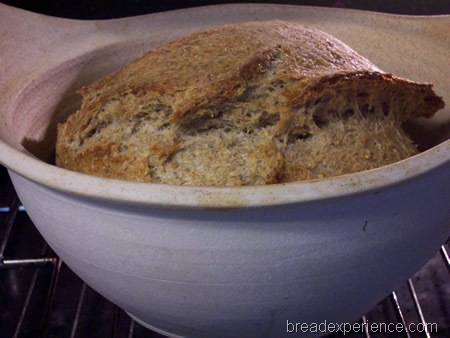 When the bread was finished baking, I let it sit in the pot for a few minutes, then I removed it to a cooling rack to cool.  I let it cool on the counter for a couple of hours. Then I placed it in a plastic bag and let it sit overnight. 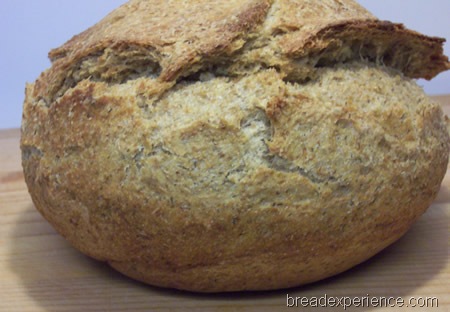 The next day, I had a slice of this bread warm with butter for breakfast.  It was okay. The flavors are a little too strong for breakfast. Or, maybe I wasn’t awake yet. 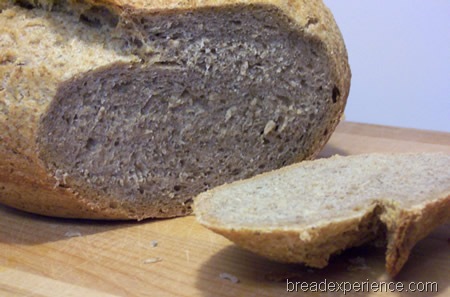 My taste buds are a little bit off due to a head cold so I think I should give this bread another taste test before I decide whether I like it or not.  It will probably taste better toasted with cheese along with some delicious soup.  I’ll try that next.