Cornbread is one of the breads that was randomly chosen for the Mellow Bakers’ group this month. I love cornbread! However, this is not like any cornbread I’ve ever made or tasted.  I liked it though!

“Corn bread was not invented. It was a product of cultural exchange and practical necessity. Corn [aka maize] is a new world food. Native Americans were cooking with ground corn long before the European explorers set foot on New World soil. The food we know today as "corn bread" has a northern European (English, Dutch, etc.) culinary heritage. Why? Because the new settlers often had to "make do" with local ingredients [corn meal] when their traditional ingredients [finely ground wheat] were in short supply. When colonial American recipes carried the name "Indian" in their title (Indian bread, Indian pudding) it was because one of the ingredients was cornmeal.” 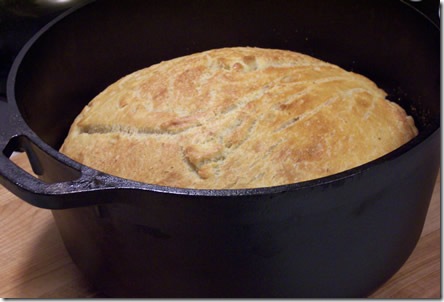 I decided to continue my trend of baking bread in pots with this bread.  I usually make cornbread in my cast iron skillet and since this recipe makes two loaves, I thought the dough would fit well in my Dutch oven.  It did!

Click here for a modified version of the formula.

This cornbread utilizes an overnight poolish.  The poolish is made with yeast, water and flour.  Mix all of the ingredients until smooth. 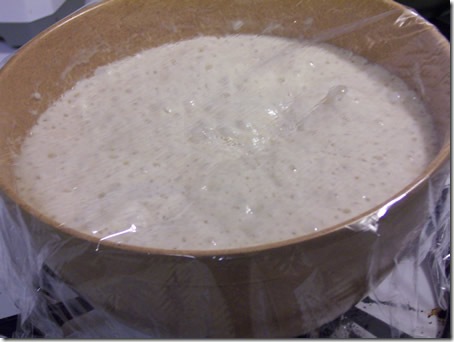 Soaking and Mixing the Dough

Next you add the cornmeal to the mixing bowl, pour the water over it and allow it to soak for 15 minutes to begin softening the cornmeal.  This is supposed to help with the mixing and handling of the dough. 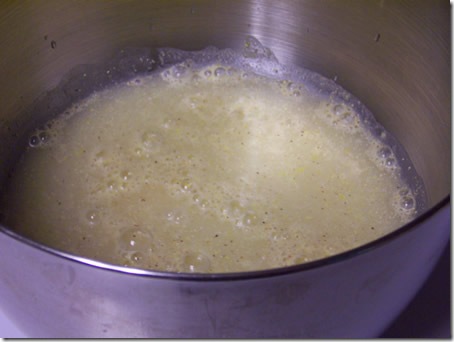 Add the remaining ingredients to the bowl, including the poolish.  I added the dry ingredients first.  Then I incorporated the poolish into the dough with my Danish dough whisk. 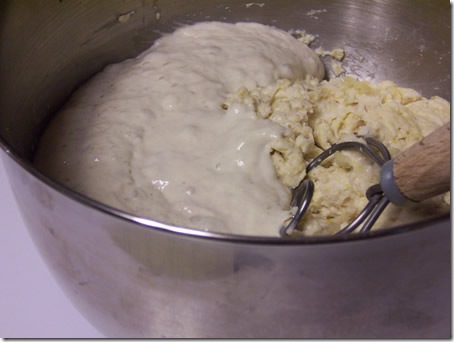 The dough whisk wasn’t getting the job done this time so I switched to my stand mixer and let it do the work. 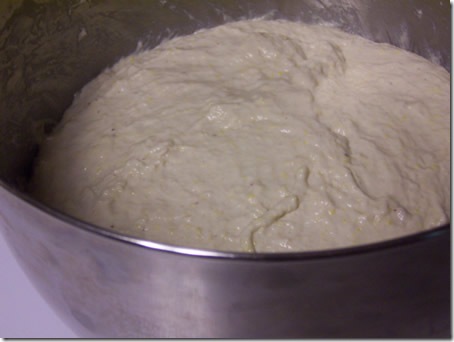 I covered it with plastic wrap and let it ferment for and hour and a half. 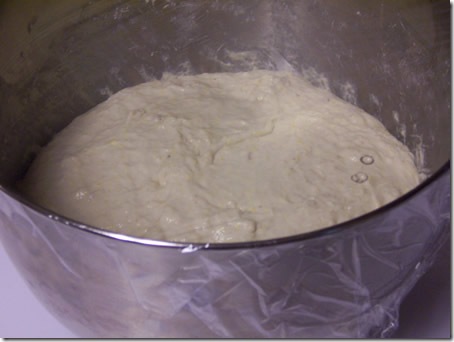 About 45 minutes into the bulk fermentation, fold the dough.  I did this with a spatula.

Here is what the dough looked like after the 1 1/2 hour fermentation. 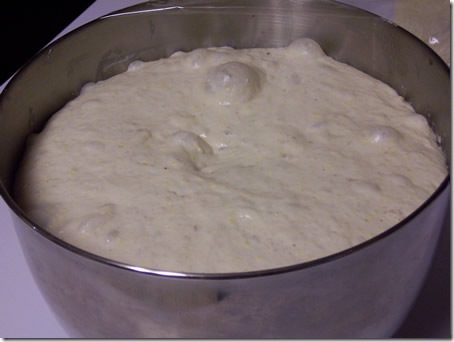 For this step, you are supposed to divide the dough into two equal pieces, shape them into rounds, then place them in a banneton or baker’s linen to proof.  However, I was really tired when I made this dough so I decided to bake it in my Dutch oven instead of doing the shaping part.  Instead of placing it in a banneton, I placed it in another bowl that had been sprayed with oil and let the dough proof in the bowl for an hour. 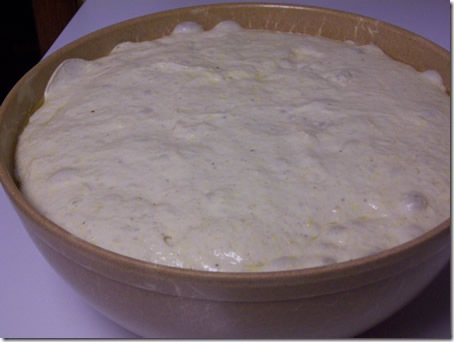 While the dough was proofing, I greased the Dutch oven and sprinkled it with cornmeal. 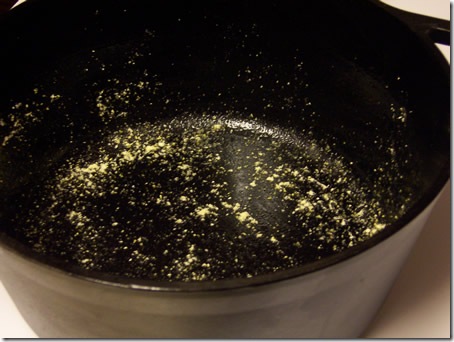 Then I placed it in the 450 degrees oven to preheat.  After the dough had proofed, I carefully inverted the dough into the pot and smoothed out the top.  As you can see below, the pan is really hot. 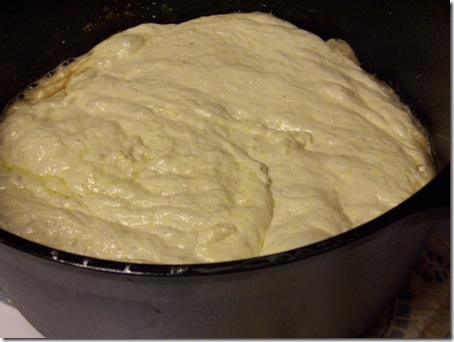 I baked the cornbread with the lid on for about 25 minutes or so.  Then I took the lid off and let the bread continuing baking until it was golden brown. 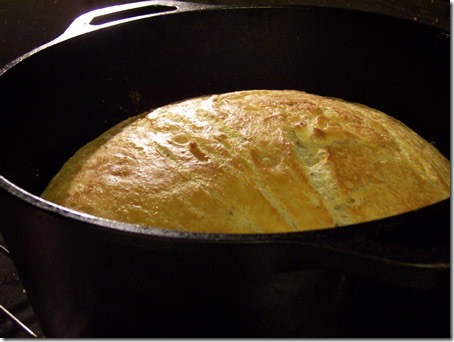 I let the dough cool in the pan for a little while. 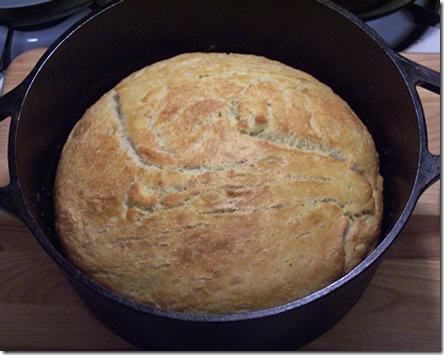 Then when I couldn’t wait any longer, I sliced it and ate a piece.  It was really good!  I mean really good!  Crispy on the outside and yummy on the inside.  It tasted great warm with butter. 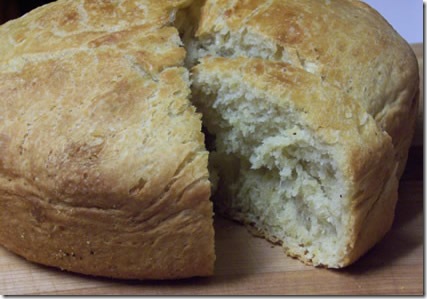 I like the flavor and texture of this version baked in the Dutch oven but I think I’ll try it as a freeform loaf next time. I’ll definitely be making this one again.

Would you like to bake bread at an easy pace? Join us! The Mellow Bakers group was started by Paul at Yumarama. We’re baking breads from Bread: A Baker’s Book of Techniques and Recipes by Jeffrey Hamelman.

Thanks for joining us in the Bread Experience bread-baking blog.  We hope you’ll join us again soon.