When life gives you lemons, you make lemonade, as the saying goes.  The same principle applies to bread. When life (or your oven) gives you a bread that is dense and dry, you make bread crumbs. That’s my story and I’m sticking to it.

It's Day 32 in the Bread Baker's Apprentice Challenge, and the bread of the day is 100% Sourdough Rye Bread.  After reading the comments from some of the other bread bakers who were not too impressed with this bread, I decided to try something different. 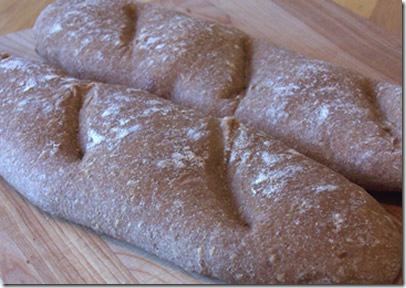 To begin with, I made the firm starter with a mixture of spelt flour, water and the barm (or mother starter). 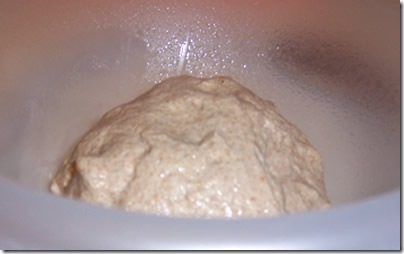 The rye soaker is made with a mixture of coarse rye flour and water. 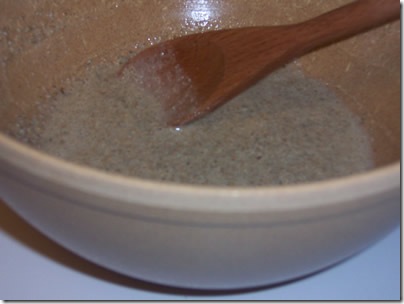 The final dough is made with additional spelt flour, the firm starter, the soaker, salt and water.  I omitted the caraway seeds.

This is the final dough after fermenting for 2 – 3 hours and right before shaping. 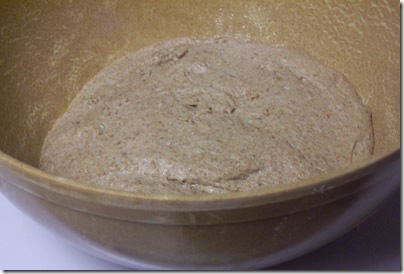 The bread turned out really dense due to the low gluten content of both the spelt and rye flours.  You can tell by the slashes that it didn’t rise very much at all.  It wasn’t very photogenic either. 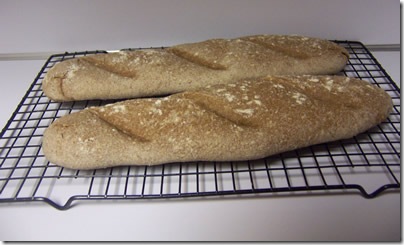 I liked the flavor, but it was a little bit dry. This was my first time using spelt so it was a little hard to gauge how the flour would absorb the water. This is supposed to be a 100% whole wheat bread (rye and spelt) but I think adding some higher-gluten wheat flour would improve it, but that’s just me. 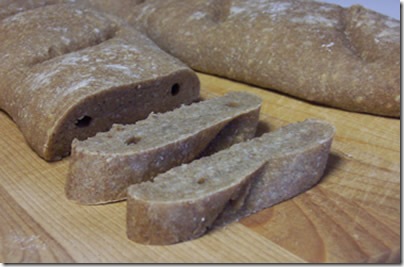 This isn't my favorite bread from the challenge for sure, but it wasn't bad.  It's just dense and chewy; which is fine if you like that sort of thing. I prefer soft or crusty bread, but I do like some dense breads especially if they’re healthy.  That way, I can justify eating them.

I won’t let this bread go to waste. I plan to use the rest of it for bread crumbs.  Here you go… 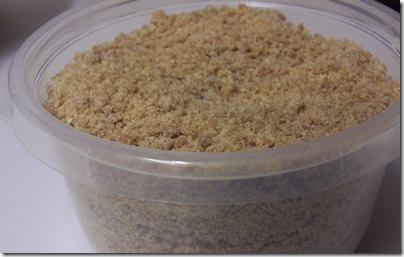 The pumpernickel bread and the black bean burgers I’ll be making to go with the HBinFive Hamburger Buns (both coming up soon) use bread crumbs so this was good timing.  See I told you something good would come of it!

Thanks for joining me this week in the Bread Baker's Apprentice Challenge. I definitely plan to experiment with spelt some more but probably not with this formula.  For now, it’s time to move on in the challenge.

The next bread in the Bread Baker's Apprentice Challenge is Poilâne-Style Miche. This is the bread on the cover of the book.  This one ought to be interesting.