The theme for this month’s Twelve Loaves is “share whatever bread you’d like” so I chose cinnamon rolls. Cinnamon Rolls are comfort food at their finest. I try not to indulge in sweet rolls or sweet breads too often, but every once in awhile, it’s nice to treat yourself.

I had a project launch this past weekend so I made these cinnamon buns as my reward for having to work over the weekend. After focusing intently with my head down for several hours on Saturday, it was nice to take a break and enjoy one of these delicious sweet rolls. 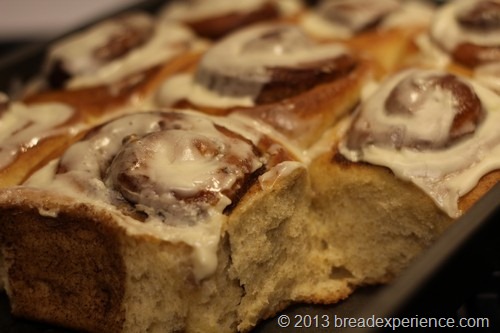 Did you know?  Sticky buns (also known as cinnamon rolls) are ancient foods that most likely originated in Northern Europe. These delicious buns definitely owe some of their heritage to English cooking and baking. According to Elizabeth David in English Bread and Yeast Cookery, the Chelsea bun was a “sugary, spicy, sticky, square that was coiled like a Swiss Roll”.  She also states that these rolls are “a pretty hefty proposition.”   Source: Food Timeline

These sweet rolls do not include any honey, currants or raisins so they don’t qualify as Chelsea Buns. However, they would definitely be considered a hefty proposition because they are made with a mixture of white bread flour and home-milled whole-wheat flour and they are plenty big. They are rolled out, spread with melted butter and sprinkled with a brown sugar/cinnamon mixture, then coiled, and sliced before the final proofing.  Finally, they are baked to a golden brown perfection, and slathered with a cream cheese and powdered sugar frosting.  Are you hungry yet?

Adapted from: Homemade Bread from the Editors of Hobby Farm Home Magazine

Lightly butter a 9x13 baking pan and set aside.

Mix the yeast and warm water in a small bowl and let it stand until it is foamy, about 10 minutes.

Combine the butter, eggs, sugar and salt in a large bowl, then add the yeast mixture and bread flour and mix until it is thoroughly combined and a dough starts to form. 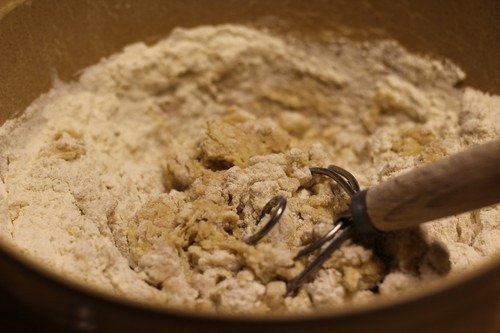 Transfer the dough to a lightly floured surface and knead until it is soft and pliable, about 10 minutes.

Place the dough in a lightly greased bowl and turn to fully coat it with oil.  Cover it with a kitchen towel or plastic wrap and place in the oven with the light on to proof for one hour, or until the dough doubles in volume. 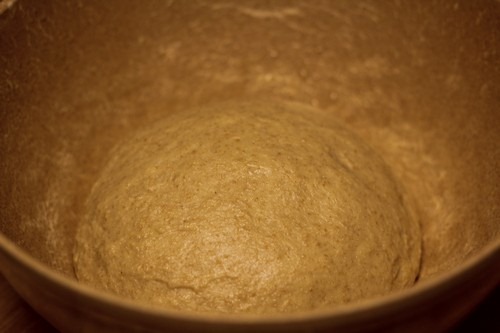 In a small bowl, combine the brown sugar and cinnamon and set aside.

Turn the dough out onto a lightly floured surface. 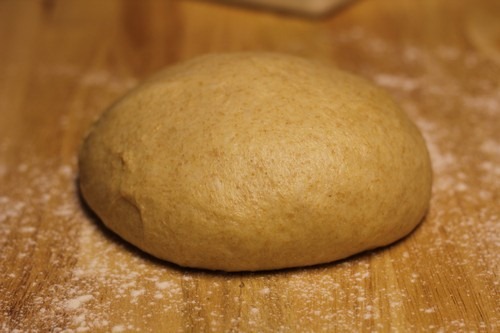 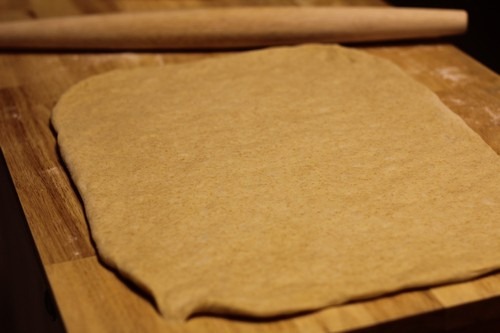 Spread the softened butter on the dough and sprinkle the cinnamon-sugar mixture over the top.  As you can see, I had some clumps in my brown sugar.  It didn’t matter once it was baked though. 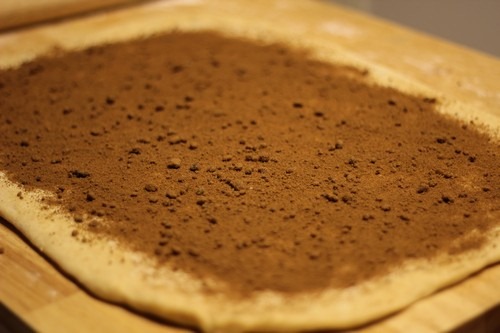 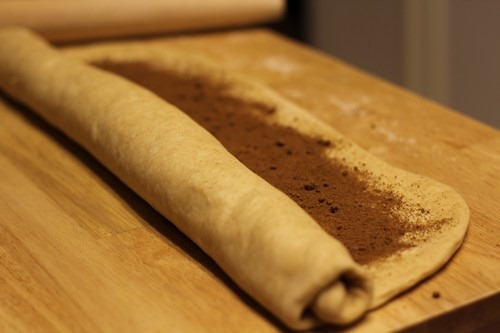 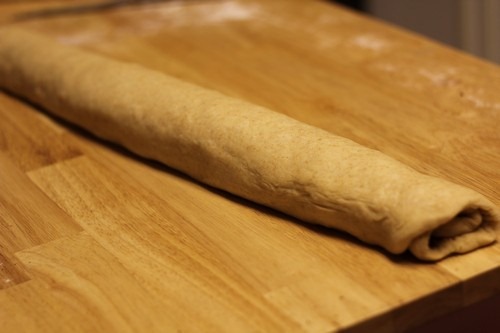 Cut the log into 12 pieces, about 1 3/4 inches thick each.  Place the buns in the buttered baking pan. 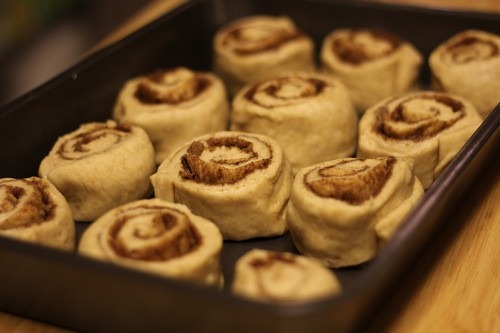 Cover the buns with a kitchen towel or plastic wrap and let them rise for 30 minutes or until they are nearly doubled in size.  I think mine rose a bit too much. 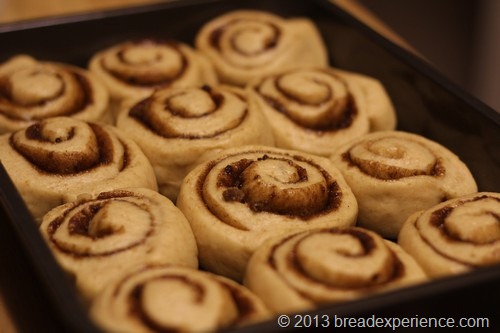 Preheat the oven to 350 degrees F.  Bake the rolls for 20 to 25 minutes or until golden brown.

While the rolls are baking, make the frosting by combining the cream cheese, butter, powdered sugar, vanilla and milk in a medium bowl.  Mix until smooth. I did this with my small Danish dough whisk, but if your cream cheese and butter aren’t soft enough, you might need to use a mixer for this part.

8) Frost and Enjoy the Buns

When the rolls are finished baking, spoon or spread the frosting over the tops and enjoy them warm.  I used a knife for this part because the frosting is thick. 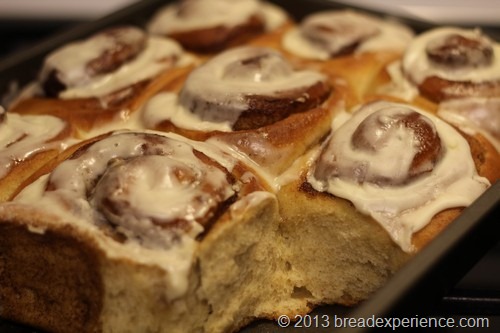 I made these Friday night and they tasted great warmed over on Saturday and for several days in a row.  They have a great flavor and texture. 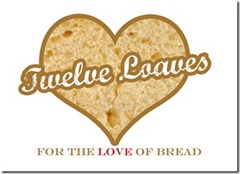