This Whole Grain Spelt Levain is one of the breads featured in the May Issue of Saveur Magazine. They did a story on William Alexander and his breads and this is one of the breads. One of my Facebook friends posted about this issue on Facebook, and I couldn’t wait to take a look at the breads. I really like Mr. Alexander’s methods. I learned about him last year when a radio station did a feature on William Alexander’s 52 Loaves. 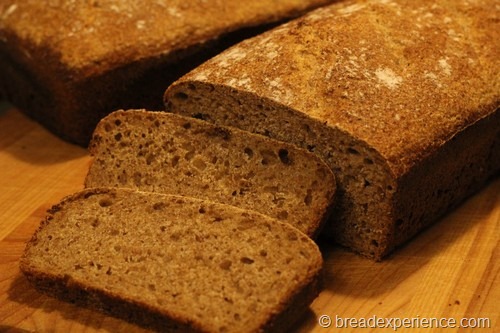 There are several breads featured in the Saveur article, but this one really piqued my interest because it’s made with spelt. I’ve developed a keen interest in ancient grains because they are grown and harvested differently than modern wheat which makes them much better for you. Not to mention, the history is intriguing. I also wanted to make this bread because it utilizes a whole grain spelt starter. I haven’t worked with a spelt starter yet so this was a good opportunity to experiment. I liked the result.

This Spelt Levain Loaf is made completely with whole grain spelt flour. It doesn’t contain any white bread flour. It takes 10 days to build the spelt levain, but it doesn’t require very much time each day.  You just add spelt flour and water and let it rest until the next day. On the 10th day, you create a sourdough culture and let it rest for 8 to 24 hours until you are ready to bake the bread. After you’ve created the starter, you can keep it going for use in breads like you would a regular starter.

I had this spelt starter going and the goat’s milk starter from the Turcoman Sourdough Bread going at the same time last week. I had a lot fun experimenting with these starters (and no counter space).

Here is a photo tutorial of the process for making the Spelt Starter and the resulting Spelt Levain Loaf.  I doubled the formula to make 2 loaves. 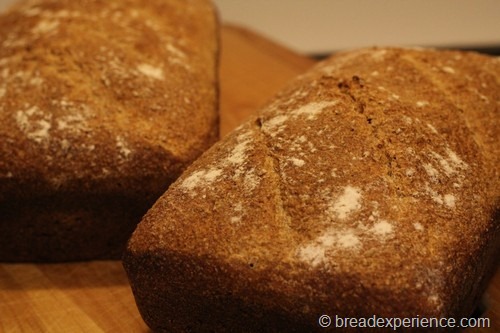 This bread has a very deep and rich flavor from the spelt. It is a little dense but very flavorful from the sourdough. It’s sour, but not so much so.  It goes really well with cheese.  I tried it with peanut butter and jelly, but it was a little bit funky so I’ll stick with cheese and sliced smoked turkey for this bread.

In case you’re interested, the bread I made last Fall from William Alexander's 52 Loaves was Peasant Bread. It utilizes a sourdough starter made from apples. Making the Apple Starter was lot’s of fun. I use that starter on a regular basis in sourdough breads. Now, I have a spelt starter to use with spelt breads. The apple starter is shown below. 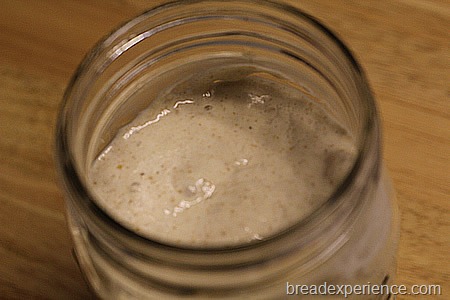