For the May 15th Baking through “Flatbreads and Flavors” FB group bake, Gretchen chose Turcoman Sourdough Bread and Chickpea and Onion Stew.  This bread and stew is based on a traditional “local” meal from Turkmenistan, a country in Central Asia about the size of California. 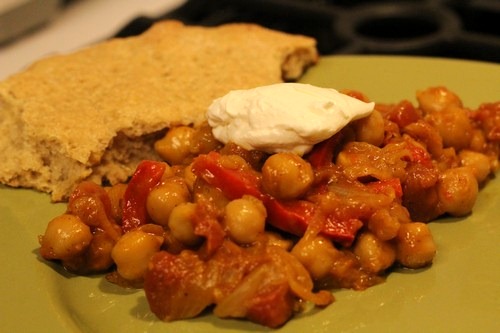 The flatbread, also known as Chorek, is made with a sour dough and goats milk and usually contains fried lamb fat to keep the bread moist.  We used goats milk for this version, but no fat. I had a little trouble finding goat’s milk until I discovered that they sell it at my neighborhood Kroger. Who would’ve known.

To replicate the authentic flavor of this bread (or as close as possible), we began the process by making a sponge of goat’s milk, whole wheat, and bread flour and let it sour for about 48 hours. I only let mine sour for about 44 hours because I wanted to eat dinner before midnight. Of course if I had planned better, that wouldn’t have been an issue. ;) 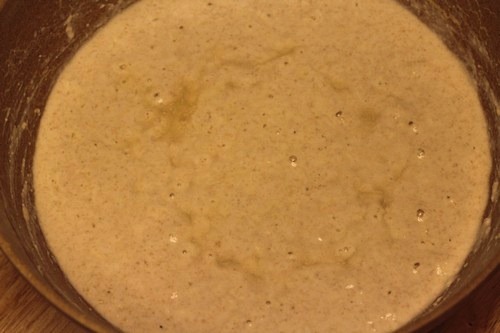 I made my version with white whole wheat flour and included some sorghum flour. Apparently, sorghum flour gives it the traditional Turcoman flavor. It just so  happens that I had some sorghum grains in the freezer so I milled them into flour.  I forgot to take a photo of that part but it’s pretty cool to see the transformation from sorghum grains into flour. I couldn’t really distinguish that flavor in the bread though since I’m not familiar with it. 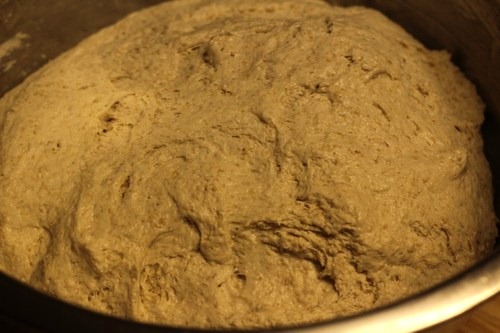 After the dough has proofed for several hours, you cut it into quarters.  At this point I realized I had way too much bread.  This recipe makes 4 large round or oval flatbreads. I should’ve halved the recipe since it was only a dinner for two. Oops! 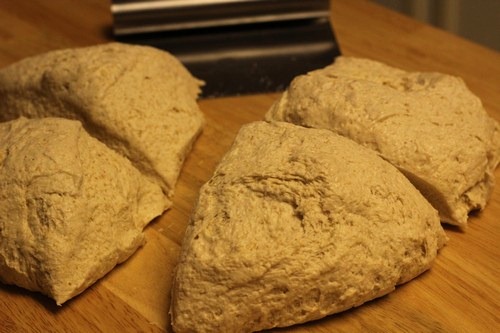 Right before baking, you prick the loaves with a fork to prevent the flatbread area from ballooning during baking. I’ve had some pizza dough balloon before so I like this method. It works really well! 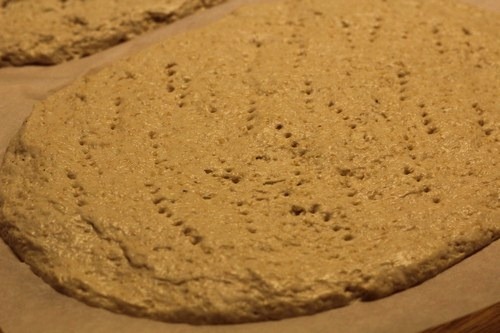 These types of breads are traditionally baked in a Tandoor oven. The method outlined in the book utilizes quarry tiles, but I was fresh out of quarry tiles so I used my rectangular baking stone and placed it on the bottom shelf of the oven. This provided a crispy bottom crust and a soft and tender upper crust. 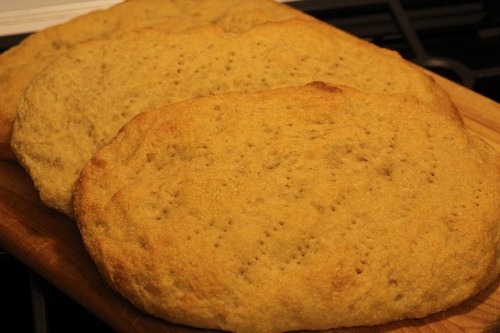 My son and I enjoyed this flatbread.  It was very flavorful and rich from the goat’s milk.  I had never used goat’s milk before so this was a new experience.

We also liked the Chickpea and Onion Stew.  I loved the combination of spices: chile pepper flakes, coriander, cumin, cinnamon and saffron threads.  The flavor was wonderful!  It was spicy but not hot.  I added some sweet red pepper to the stew and we topped it with Greek yogurt. The Greek yogurt really brought the flavors together. The stew was very satisfying and filling. 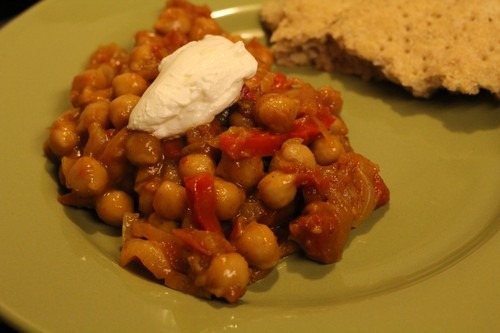 This was a great meal!  My son even enjoyed it. He said the stew was the best vegetable soup/stew that I’ve ever made. That’s twice in one week he’s mentioned vegetarian and like in the same sentence. I believe his taste buds are changing. Mine too!