You’ve got “Bread!” and Crostini

I received something in the mail the other day that gives new meaning to the term “You’ve got mail!”  It was a huge loaf of bread from Lou, an Italian home baker in New Jersey.  Lou had submitted his bread story on my site, and I asked him if I could share it.

Lou’s writing, plus a photo of a basket of bread, hangs proudly in his kitchen. Now his story hangs proudly on the wall of the Bread Experience as well. Check out his bread story Man Can Live by Bread Alone. It will warm your heart. 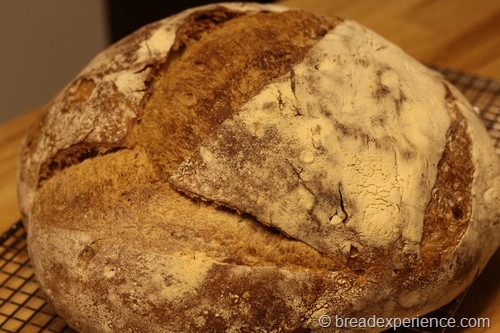 Not only did Lou give me permission to use his bread story, he offered to send me some of his favorite bread.  Well, me being the “breadie” that I am, how could I refuse?

So he sent me a package… 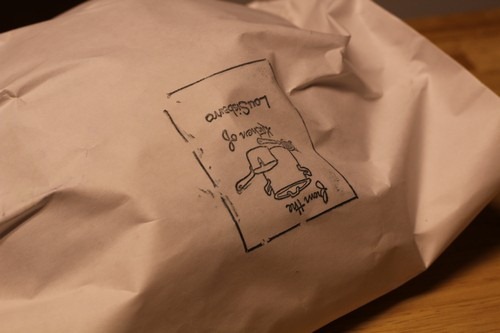 … and imagine my delight when I opened it and found this beautiful, crusty loaf of bread in it. 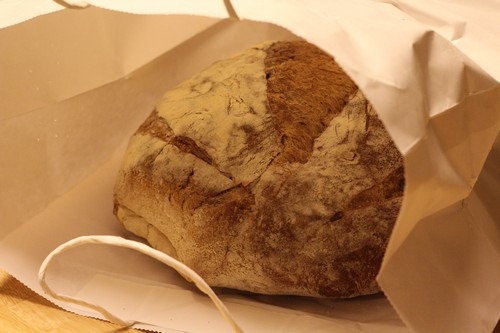 This beautiful bread was made using Jim Lahey’s No Knead Method. The recipe for this bread is from the New York Times’ article The Secret of Great Bread: Let Time Do the Work

I have made bread using this method before, but nothing as big or crusty as this. 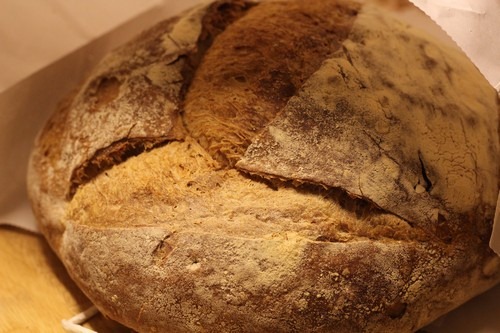 Even after being shipped, the bread was still in pretty good shape.  Of course, I had to take photos of it before I sliced it. As you can see, it’s as big as my cooling rack! 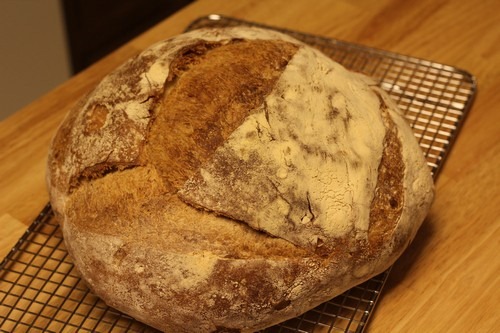 Here is a shot of the crumb.  Look at those beautiful holes! I believe Lou has this method down. Wouldn’t you agree? 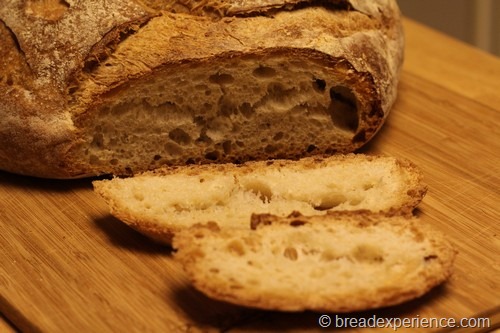 This bread is so big, you could make a meal out of it. So I did!  I made Crostini with homemade Roasted Red Pepper Spread.  It was so good! 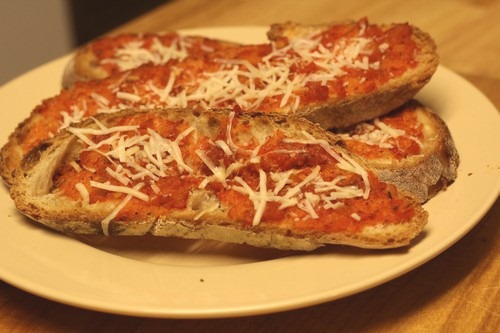 This is one of those breads you don’t want to waste so I’ve been using it in recipes that call for day old bread.  Stay tuned for more uses for day-old bread.