I’ve been on a grilling kick so I decided to continue the trend with this Pizza Margherita.  I was supposed to make Focaccia con Formaggio with the rest of the Ciabatta dough (like the other Mellow Bakers did), but I didn’t have any Ricotta Cheese.  Not to mention the fact that my 30+ tomato plants and basil plants have been calling for me to make something with them besides salsa and marinara. So I decided to make use of them and the dough in this pizza. 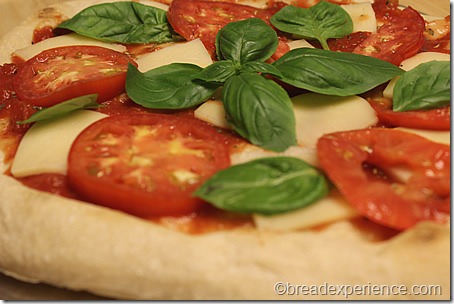 I know you’ve been waiting to find out what I planned to do with the other two dough balls from my Grilled Herb Focaccia post so here you go. 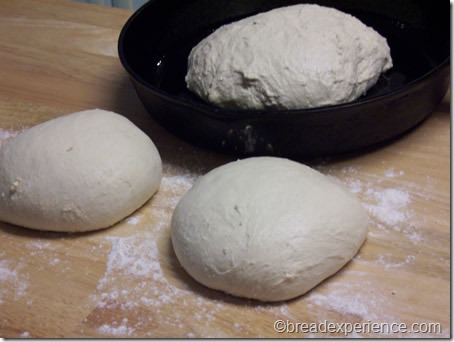 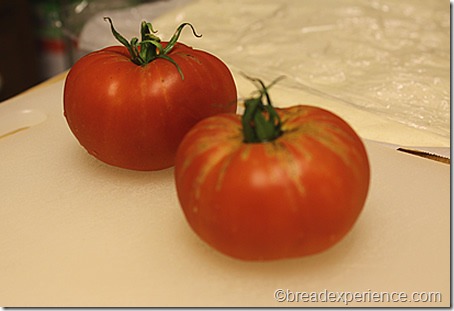 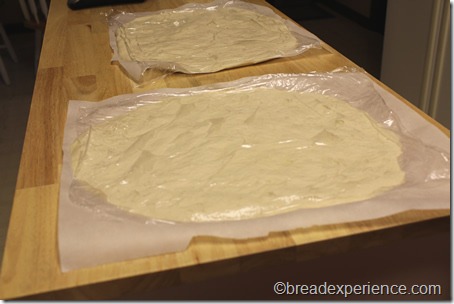 I placed a pizza stone on the grates and turned the outside burners of my gas grill to high.  The I closed the lid to let it preheat to at least 450 degrees. The photo is a little fuzzy but you get the picture, right?  I had never used my baking stone on the grill before.  I think I thought it might crack, but then I decided if you could use the baking stone in a 500 degree oven, it should work on the grill, right? 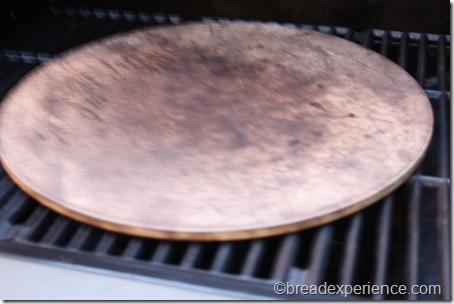 I transferred the dough to the grate using a pizza peel. Then I par baked the dough for 5 minutes or so before adding the toppings.  I left the parchment paper on for the first few minutes but then I removed it so the bottom would finish baking.

I forgot to make slits in the dough so it puffed up like a balloon.  It was pretty funny.  I had to carefully make slits with a fork to deflate the dough. 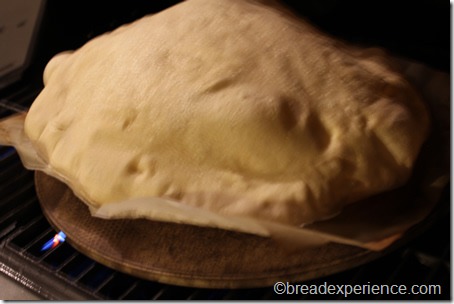 I removed the pizza from the grill and added the toppings.  First, I spread it with crushed tomatoes and sprinkled it with thyme and oregano and salt and pepper.  Then I added the sliced mozzarella cheese, tomatoes and basil. 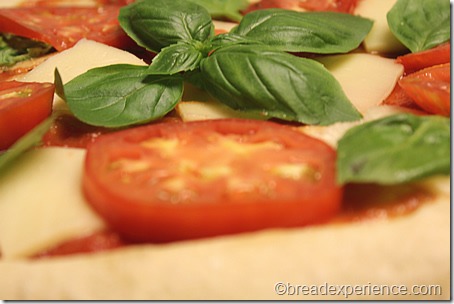 Then I carefully returned the pizza to the grill using a pizza peel and grilled it just until the toppings were cooked and the cheese was melted.  We waited until it cooled just a bit before slicing and eating. We tried to be patient, but it’s really hard when a pizza is just sitting there waiting to be devoured. 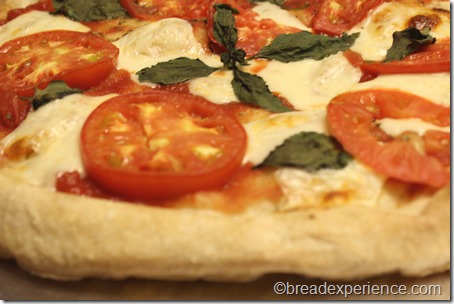 This grilled pizza was really good.  I forgot to drizzle the dough with the olive oil. I think it would’ve helped the flavor and texture of the dough if I had done that before grilling it; however, my BF said it was great – awesome actually!

I liked the process and how easy it was to grill it.  It tasted good, particularly the tomatoes and the fresh basil. It’s fun to eat fresh from your garden.

Mellow Bakers was started by Paul at Yumarama. We’ve been baking breads from Bread: A Baker’s Book of Techniques and Recipes by Jeffrey Hamelman.

Thanks for visiting the Bread Experience blog.  I hope you’ll join me again soon.