The next bread on the Mellow Bakers’ list is made with a whole-wheat levain. The pre-ferment for this bread is considered a poolish because it utilizes a liquid-style culture. However, this poolish is a little bit different. Rather than using baker’s yeast to jump start the enzyme activity, it uses a natural sourdough starter.

The recommended flour for levain builds is winter-wheat bread flour made from hard red winter wheat with a medium protein strength of 11.5 to 12.  It is also recommended that high-gluten flours be avoided in building levains. I decided to try the build with Einkorn flour instead of the winter-wheat bread flour. Although Einkorn flour has a higher protein count than modern wheat, it does not have the gluten content so I thought it might work. 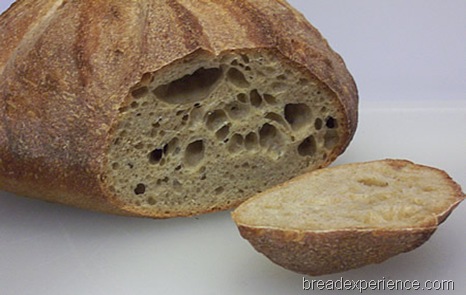 Adapted from Jeffrey Hamelman’s Whole-Wheat Levain in Bread: A Baker’s Book of Techniques and Recipes

The original formula made two loaves and I only wanted one so I also adjusted the formula to make one loaf.

Approximately 12 to 14 hours before the final mix, make the poolish by dispersing the mature culture in the water and mixing in the Einkorn flour.  Let stand in a covered container at about 70 degrees F.  I thought the Einkorn flour worked great in the pre-ferment.  It wasn’t quite as active as a regular wheat starter but it still worked well.  If I had left it on the counter longer than 14 hours, I think it would’ve been more active. 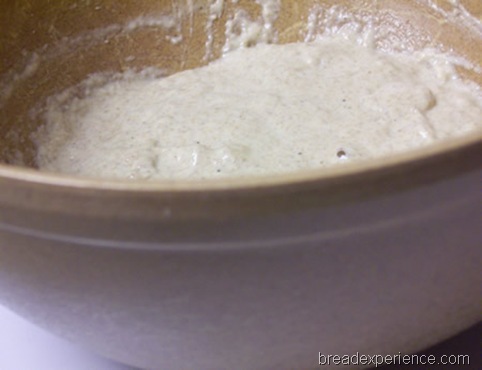 Add all of the ingredients to the mixing bowl. 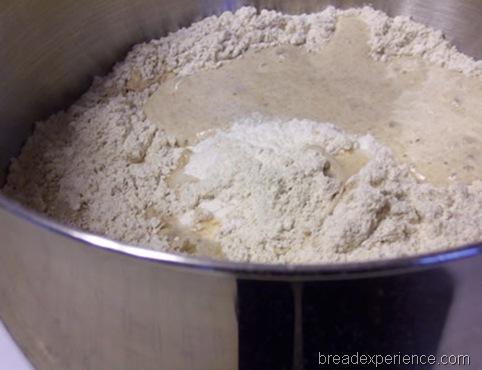 In a spiral mixer, mix on first speed for 3 minutes to incorporate all the ingredients.  Correct the hydration if necessary.  The dough should be of medium looseness.  Finish the mix on second speed for 2 to 2 1/2 minutes.  The gluten network should be only moderately developed. 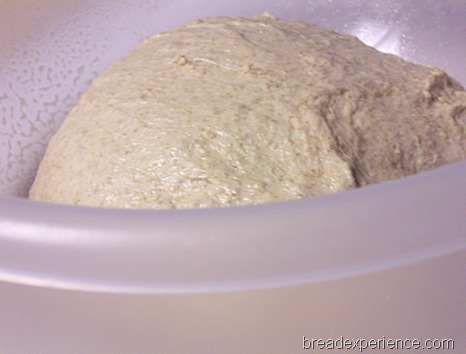 Cover the dough with plastic wrap and let it bulk ferment for 2 1/2 hours.  Fold the dough twice, at 50-minute intervals during the bulk fermentation. 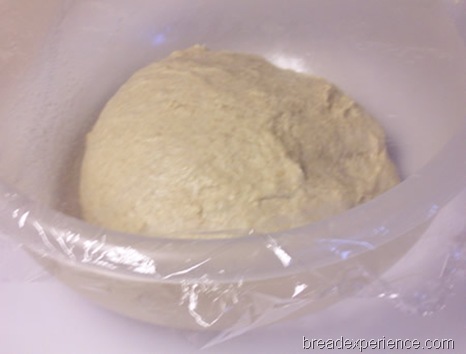 Shape the dough round or oblong and place it on parchment paper.  Let the dough proof for 2 to 2 1/2 hours. 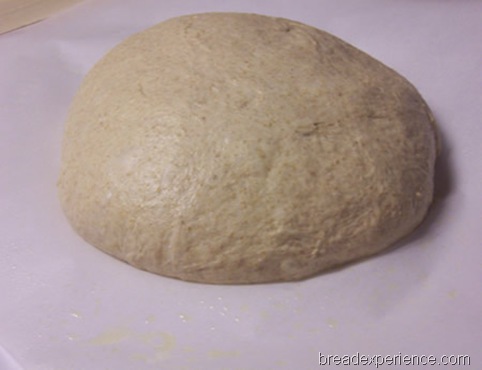 Score the loaf using a serrated knife or lame.  I get tired of scoring loaves the same way so I made up my own pattern. 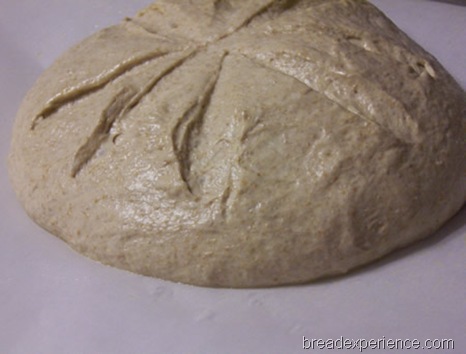 Bake the loaf on in a preheated 450 degrees F. oven with a baking stone on the middle rack and a steam pan underneath.  I forgot to add the steam pan so I just sprayed the walls with water 3 times during the first 15 minutes of baking. Bake the bread for 40 to 45 minutes. Then remove to a wire rack to cool. 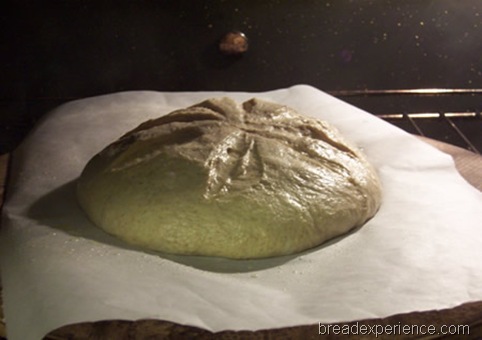 The dough rose really well during the bulk fermentation, but it didn’t rise very much during the final proofing.  It was kind of flat when I placed it in the oven, but then came the oven spring.  The scoring kind of made it rise lopsided, but I was pleased for the most part with the way the bread rose in the oven. 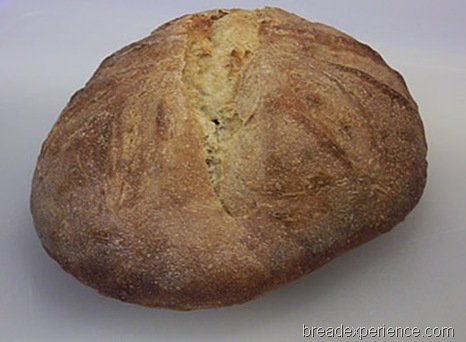 This dough has good volume, and a light texture as well as great flavor. I really like the way the crumb turned out.  Look at all of the holes. 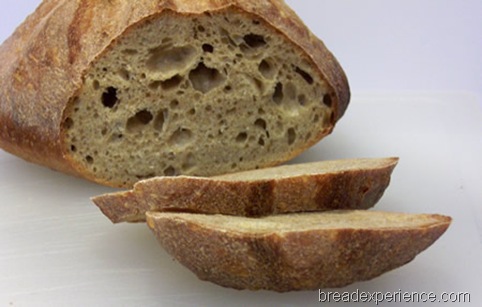 Thanks for joining me in the Bread Experience bread-baking blog.  I hope you’ll join me again soon.