This month the Mellow Bakers made English Toast Bread. It is a little bit different than the Pullman Bread (pain de mie) we made last month.

I’ve been having fun experimenting with different grains and flours so I wanted to try something different with this bread. I had seen a recipe for a Pullman Grain Bread that included teff and spelt so that gave me the idea to add some teff flour to this bread. Using a small amount of teff combined with bread flour is supposed to make a delicious light-textured bread with a creamy, earthy color. 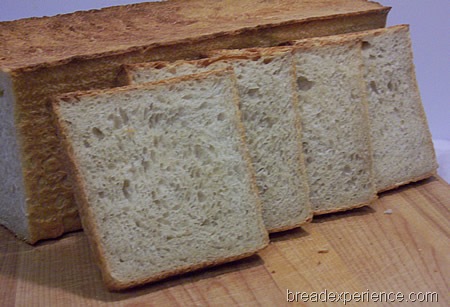 Teff is another one of the super grains.  It is much higher in iron and calcium than wheat, rice, millet, or oats. It is also the smallest grain in the world. It takes 150 grains of teff to equal just one grain of wheat. Pretty neat, huh!

Three main types of teff grains are grown: ivory colored with a brown cast, mahogany brown and red. Ivory is the most delicate and the mildest of the three.  That’s the one I used in this bread. I found some organic teff flour at the farmer’s market. It’s a beautiful creamy color. 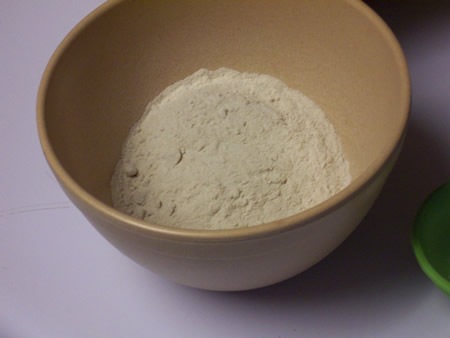 Adapted from Bread: A Baker’s Book of Techniques and Recipes by Jeffrey Hamelman and Pullman Grain Bread from Cooking with Chef Brad: Those Wonderful Grains I by Brad E. Peterson.

* Hamelman’s formula makes enough dough for one Pullman loaf and one small loaf.  I didn’t want to make two loaves so I adjusted the formula to only make one Pullman loaf.

High-gluten flour is wheat flour where the bran and germ have been removed, leaving a basic white flour consisting mostly of starch and gluten. It is then dried, broken up, ground again and combined with patent (fine white) flour to make a 50% protein gluten flour.  A lot of bakers opt to use it in their whole wheat breads, but a lot of bakers prefer not to use it. The jury is still out as to whether I’ll continue using it once my supply is depleted. 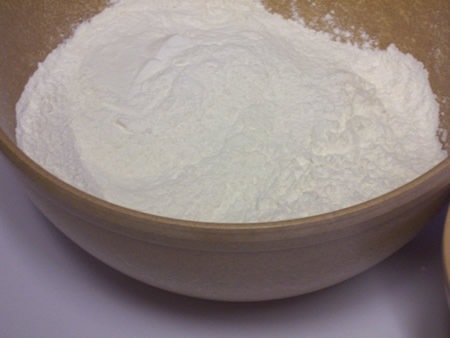 Mix all of the ingredients using a spiral mixer.  Mix on first speed for 3 minutes in order to incorporate the ingredients thoroughly.  The dough should be of medium consistency.  Turn the mixer to second speed and mix for about 3 minutes (or more) to develop a fairly strong gluten development.

Place the dough in a greased bowl, cover with plastic wrap and let it bulk ferment for 2 hours.  Fold the dough once, after 1 hour. 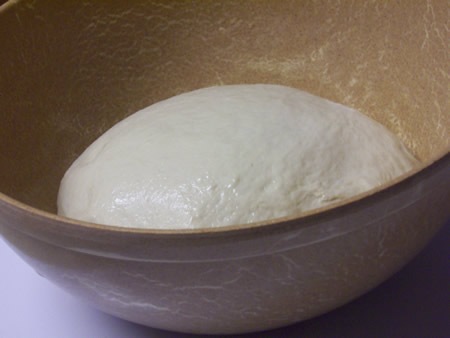 Preshape the dough lightly into a round and place on a lightly floured work surface, seam-side up. 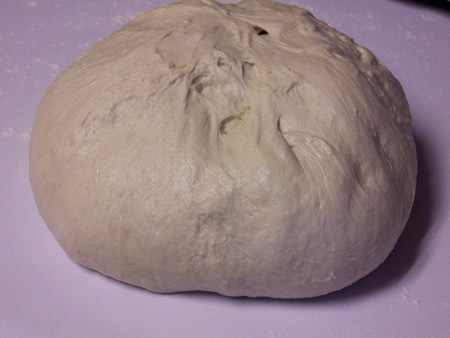 Cover the round with plastic wrap and let it relax for 10 to 20 minutes. 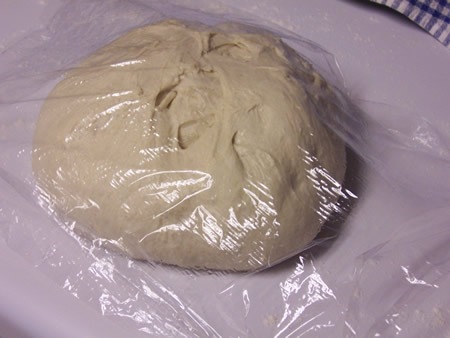 When the dough has relaxed sufficiently, shape it into a tight cylinder and place the dough in the Pullman Loaf pan. 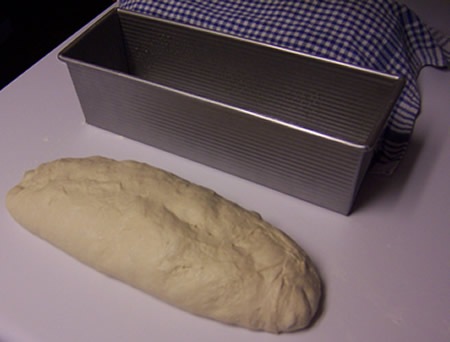 My dough was really relaxed so it didn’t form a tight cylinder, but that was okay. I placed it in the pan and spread it out evenly with my fingers so that it would rise uniformly in the pan. 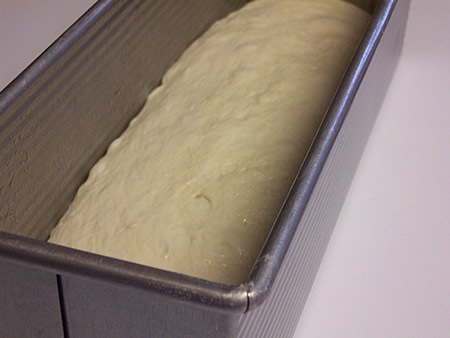 Let the dough rise in the pan with the lid on until it reaches about 1/2 inch from the top. The final fermentation could take between 1 to 1 1/2 hours.

Preheat the oven to 425 degrees F. and bake the loaves for 40 to 45 minutes.  Thump the bottom of the loaves when you think they are done, and listen for a pronounced hollow sound.  You’ll have to take them out of the pan to do this and if they’re not done, put them back in the pan and bake some more.

Remove the loaf immediately from the pan and place on a wire rack to cool.  If you leave it in the pan, the crust will get moist. 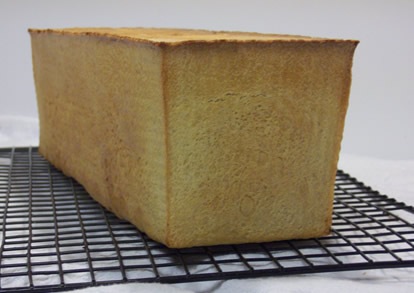 After the loaf has cooled, slice and enjoy. 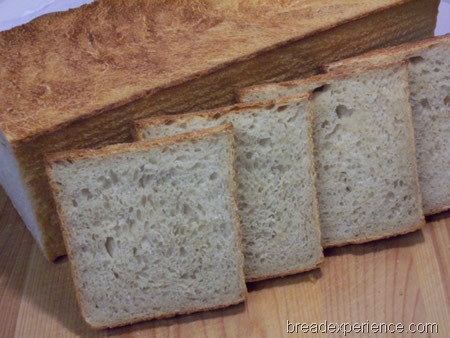 This is definitely a toast bread. I especially like using it for grilled cheese sandwiches. It also tastes good as cinnamon toast.

Thanks for joining me in the Bread Experience bread-baking blog.  I hope you’ll join me again soon.