This is only the second time I’ve baked with the BBB, but I’m not one to pass up an opportunity to bake bread.  I’m delighted to be baking along with them and celebrating their anniversary with this Swedish Brunkans Långa. 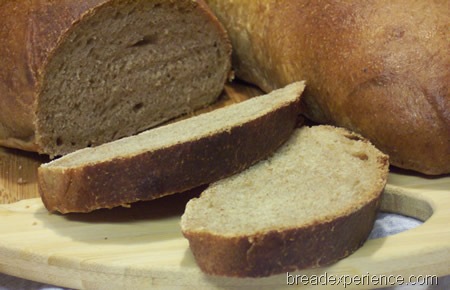 Bread Baking Babe Gorel of Grain Doe chose this bread for the September 2010 bread of the month.  According to Gorel, “Brunkan is a nick name for Brunkebergs bageri (the bakery of Brunkeberg, situated in Stockholm), and ”långa” means ”the long one”. When they bake this bread at the Brunkeberg bakery, it is more than two feet long – hence the name. This loaf gets a wonderful crust and a crumb with a deep flavour from the sourdough and the muscovado sugar.” 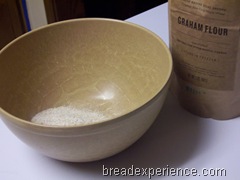 The name and the history of this bread intrigued me, but I decided to make it because it uses graham flour and I just so happen to have some heirloom graham flour that I’ve been wanting to test.  If you don’t have access to graham flour, Gorel provides a recipe on how to make it using a blend of other flours.  Read on for more details…

This bread is from the book ”Bröd” (Bread) by Heléne Johansson, an IT consultant who decided she needed a career change and thus started her own bakery in 2002. 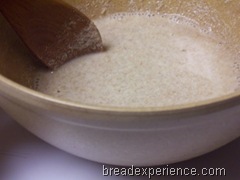 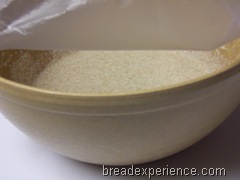 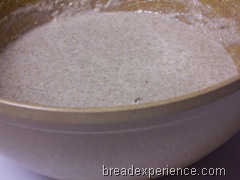 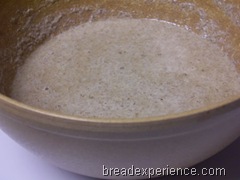 Day 3, morning:
Feed the sourdough with 60g/100 ml/0,42 cups graham flour
and 60 g/60 ml/0,25 cups water. Mix, cover with cling film and put in fridge. I fed it again at this point because there wasn’t much activity. I left it out on the counter for another day instead of putting it in the refrigerator.  I put it in the refrigerator the 3rd night instead of morning. 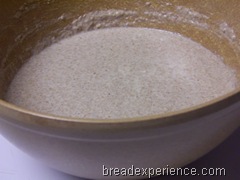 By now, the sourdough should be ready to use. If you don’t want to use it right away, you can keep in the fridge if you feed it as above a couple of times/week. This is what it looked like after I took it out of the refrigerator.

*Graham flour can’t be found everywhere. If you want to recreate an exact substitute, here’s what to do, according to Wikipedia:

Day 1
Mix all ingredients except the salt. Work the dough in a stand mixer for 10 minutes or by hand for 20. I started out using the Danish dough whisk, then switched to mixing it with my hands.  It was a lot of dough. 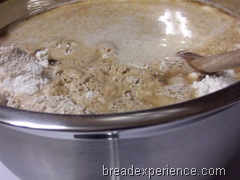 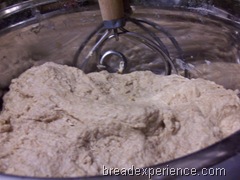 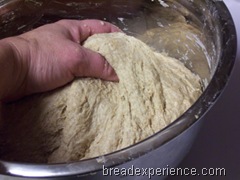 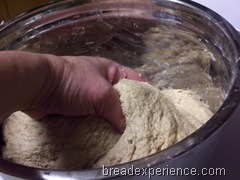 Add the salt. Knead the dough for 5 minutes more. My first thought was “wow!” that’s a lot of salt, but there’s a lot of dough to go with it. 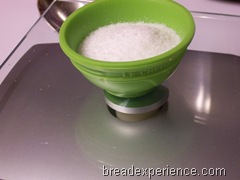 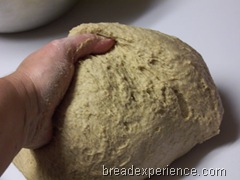 Put the dough in a oiled, plastic box and put the lid on. Leave the dough for 30 minutes. I don’t have a plastic box so I just put it in a clean, oiled bowl and covered it with plastic wrap. 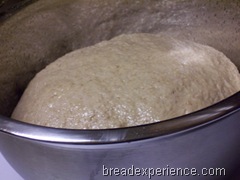 After 30 minutes: fold one side of the dough against the centre of the dough, then fold the other end inwards, finally turn the whole dough so that the bottom side is facing down. Put the plastic box with the dough in the fridge and let it rise over night. 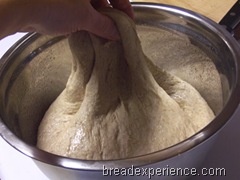 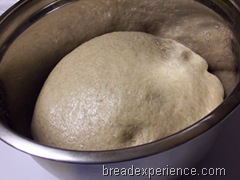 Here is the risen dough 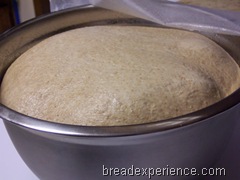 Pour out the dough on a floured table top and divide it lengthwise with a sharp knife. 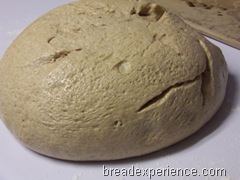 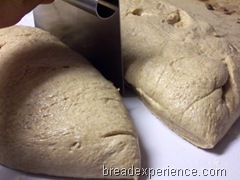 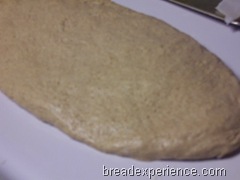 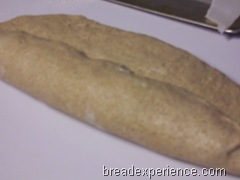 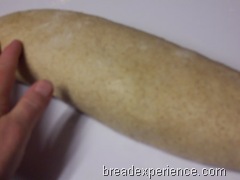 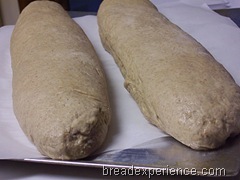 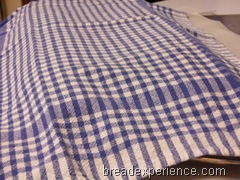 When the oven is ready, put in the sheet or shove the parchment paper with the loaves onto the baking stone. Put a small tin with 3-4 ice cubes at the bottom of the oven. (The water releases slowly which is supposed to be better.) Lower the oven temp. to 175 C/350 F immediately after you have put in the loaves. After 20 minutes, open the oven door and let out excess steam. 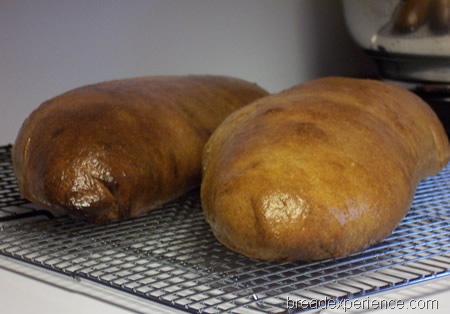 I really like this bread.  It reminds me of a light honey wheat bread.  We used this for sandwich bread and it was wonderful. 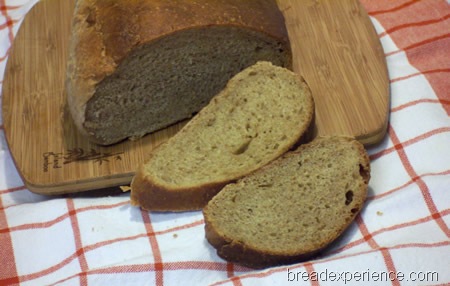 I think it would also be great shaped as a sandwich loaf and baked in a loaf tin. It’s a wonderful bread.  I’m so glad I chose this one. 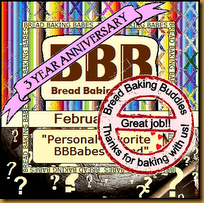