Light Rye Bread is the second bread we made in the Mellow Bakers group this month. The first bread was a Rustic Bread.

Since we’re baking bread in bread pots for bread baking day, I decided to bake one loaf of the rye bread in my la cloche and the other loaf on a baking stone using a steam pan underneath. 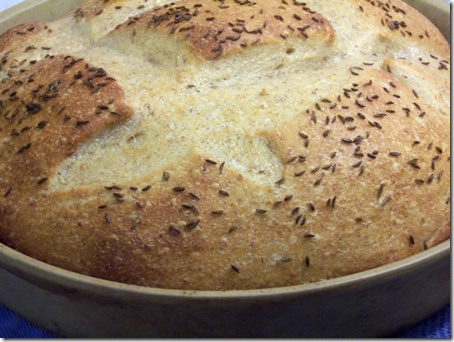 I was in an experimental mood this weekend so I decided to change the formula around a little bit. 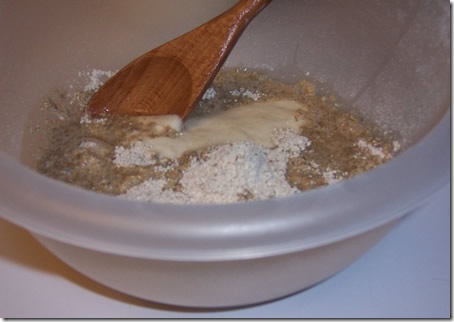 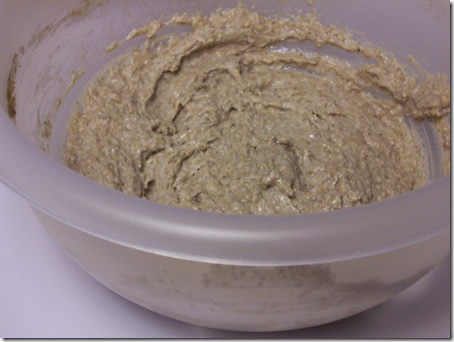 Here is the formula I used for the dough.

The actual formula can be found on page 197 of Bread: A Baker’s Book of Techniques and Recipes by Jeffrey Hamelman.

I mixed all of the dry ingredients using a regular whisk. 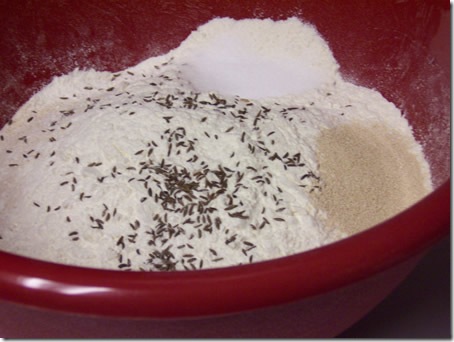 Then, I used my Danish dough whisk to incorporate the liquid ingredients. 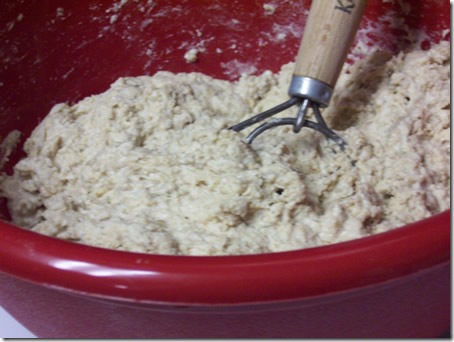 Then, I sprinkled flour on the counter and kneaded the dough for about 8 to 10 minutes.  It took awhile for the gluten to develop, but the dough finally became soft and supple. 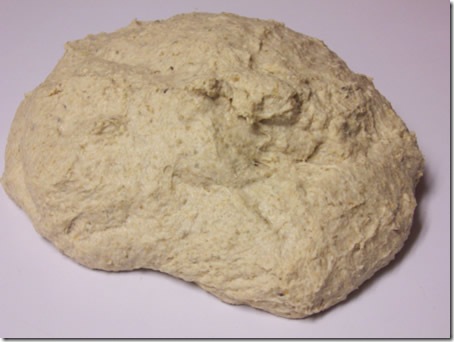 Once the gluten was sufficiently developed, I transferred the dough to a bowl oiled with spray oil and covered it with plastic wrap. 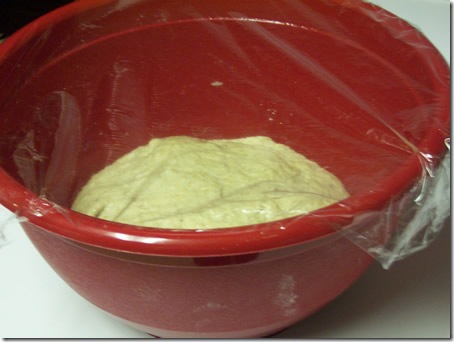 The dough fermented for 1 hour.  It doubled in size during the bulk fermentation. 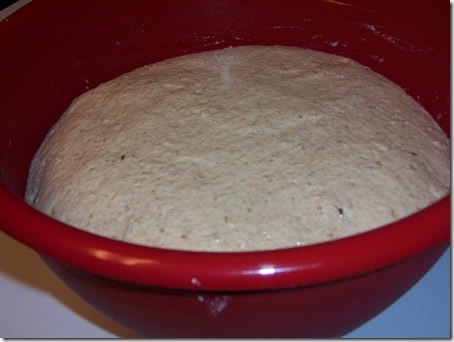 After the dough had fermented for an hour, I divided it into two equal pieces using my dough scraper. 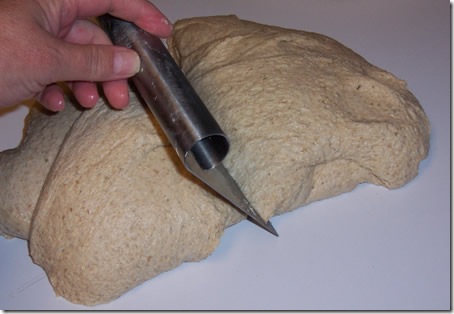 Then, I shaped one loaf into a round ball (boule) and placed it in the greased la cloche sprinkled with cornmeal. 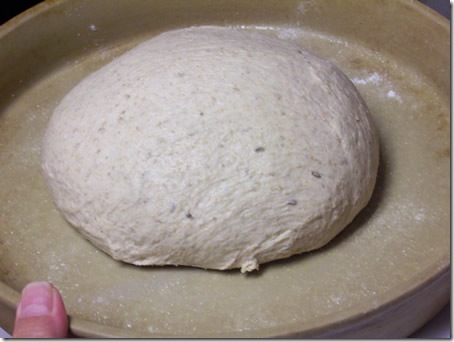 I covered the boule with the dome of the la cloche and let it proof for about an hour. 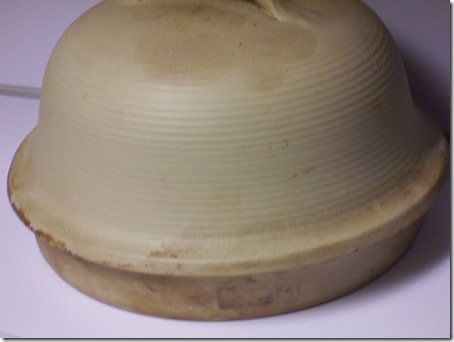 I shaped the other loaf into a torpedo shape and placed in on parchment paper greased and sprinkled with cornmeal. 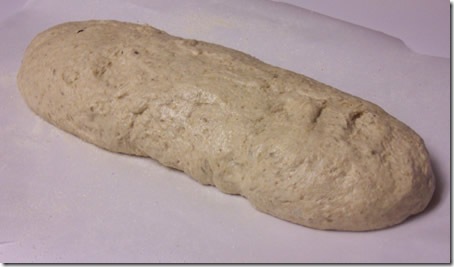 Then, I covered it with plastic wrap and let it ferment for an hour. 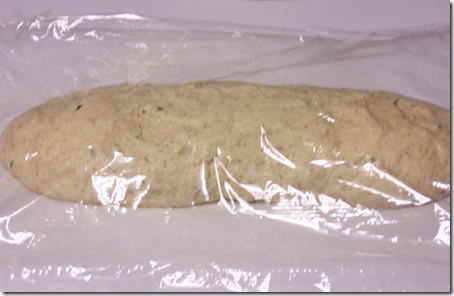 I decided to bake the torpedo loaf first since the baking stone needs to preheat in the oven and the la cloche doesn’t.

While the baking stone was preheating in the 450 degrees oven, I sprinkled the first loaf with caraway seeds.  The instructions in the book say to preheat the oven to 460, then lower it to 440, but I don’t have that option on my oven.  So, I set it to 450 degrees. 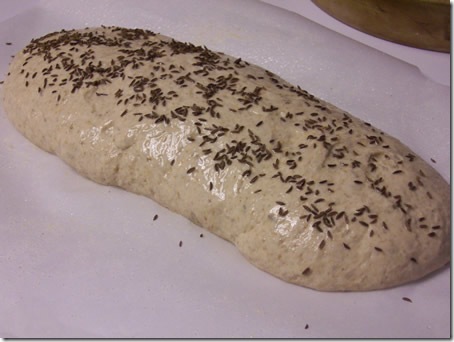 I scored the loaf by making 3 cuts across the surface.  The slashes are supposed to be perpendicular to the length of the loaf, but they ended up a little bit off. 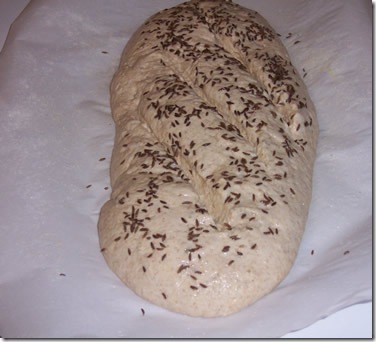 When the oven was sufficiently preheated, I placed the loaf on the hot stone using my pizza peel.  Then I baked the loaf for 20 to 25 minutes until it was brown and sounded hollow when I thumped the bottom of the loaf. 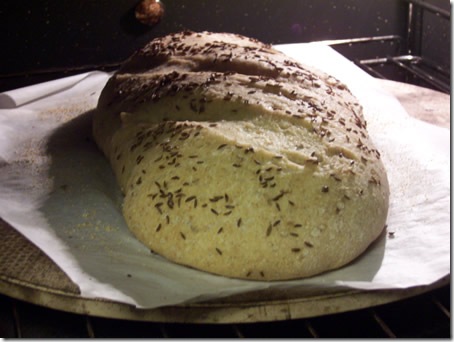 Halfway through the baking cycle, I rotated the loaf to make sure it baked evenly on the stone. 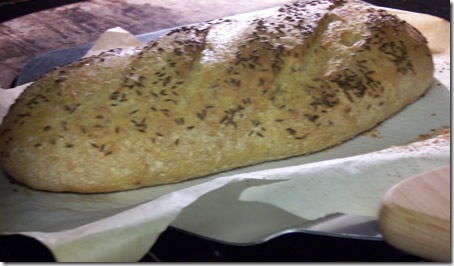 Once the 1st loaf finished baking, I removed it to a cooling rack to cool while I baked the other loaf. 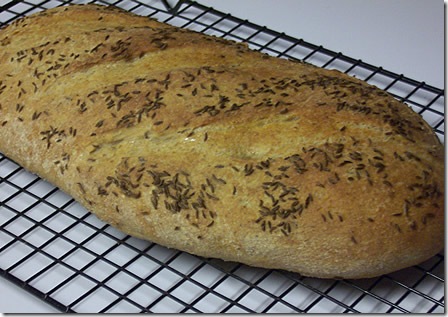 While the other loaf was baking, I spritzed the second loaf with water, then sprinkled caraway seeds on top. 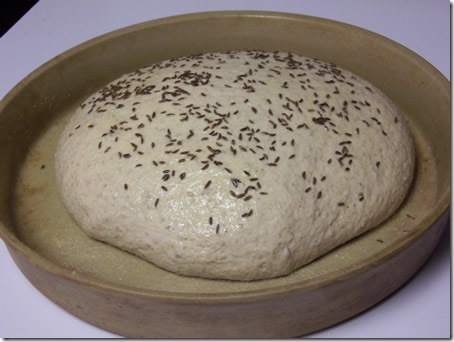 Then, I scored the loaf using a serrated knife. 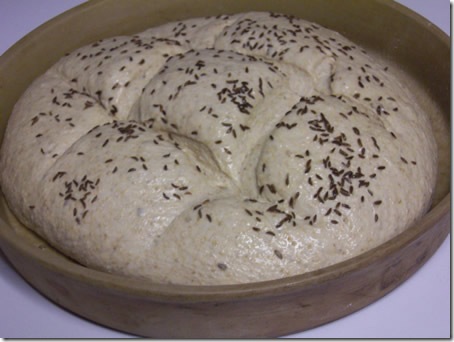 Then I placed the baker in the 450 degrees preheated oven and covered the la cloche with the lid. 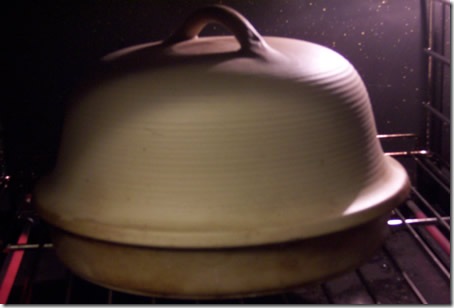 I baked the loaf for about 15 to 20 minutes.  Then removed the lid and let it bake for another 10 to 15 minutes or so until it was crispy and brown on top. 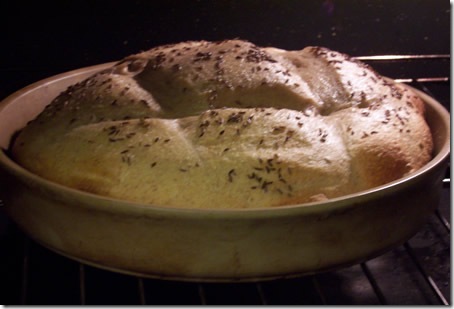 When I removed the baker from the oven to cool the bread, I placed it on a towel because extreme temperature changes could crack the la cloche. 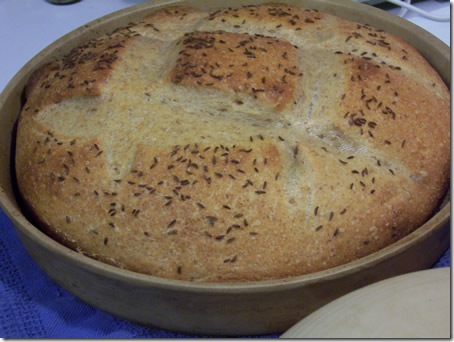 The finished loaves of Rye Bread

Here is the version that was baked in the la cloche. 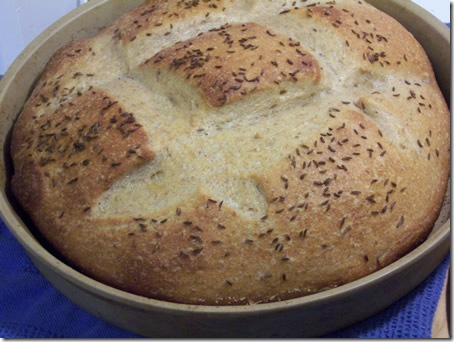 This is the loaf that was baked on the baking stone. 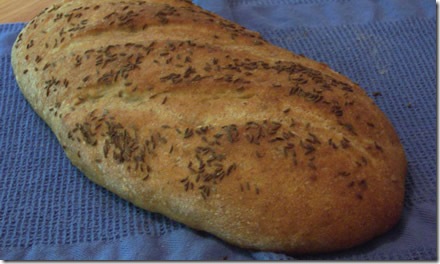 This light rye bread tastes really good, but I forgot to get a crumb shot.

Be sure to check out the other bakers in the Mellow Bakers group.

Would you like to bake bread at an easy pace? Join us! Mellow Bakers was started by Paul at Yumarama. We’re baking breads from Bread: A Baker’s Book of Techniques and Recipes by Jeffrey Hamelman.

Thanks for joining us in the BreadExperience bread-baking blog.  We hope you’ll join us again soon.