If you’re looking for a refreshing change from orange marmalade, then I’ve got just the thing; Grapefruit Marmalade! It’s delish!

This grapefruit marmalade has become one of my favorites. It ranks up there with Citrus Marmalade. I almost submitted this as my entry in the tigress' can jam, but decided at the last minute to make Lime Marmalade instead. 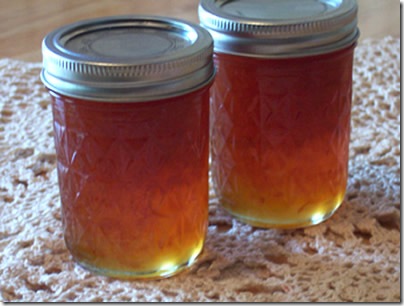 I wanted to make this marmalade over the Holidays with ruby red grapefruit because I thought it would make a beautiful and festive gift. However, I was hesitant to make it because of the way the Grapefruit Cranberry Marmalade turned out. That one was really bitter!

I’ve heard that marmalade is supposed to be bitter, but I don’t particularly like bitter. My favorite jam, Citrus Marmalade (made with oranges, lemon and a grapefruit, including the rinds) is really good (and not bitter), so I just couldn’t accept that other marmalades had to be bitter – unless of course, you like them that way.

I had almost given up on the idea of making grapefruit marmalade when I found this recipe in the Ball Complete Book of Home Preserving. With their method, you soak the rinds overnight to get rid of a lot of the bitterness.  What a great idea!  Wish I had known about that when I made the Grapefruit Cranberry Marmalade.  If I ever make that one again, I’ll use this method. It makes all the difference – to me at least! 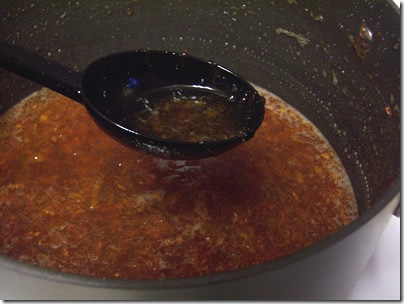 Wash grapefruit, score skin into quarters and remove peel. With a spoon, scrape bitter white pith from peel and discard. 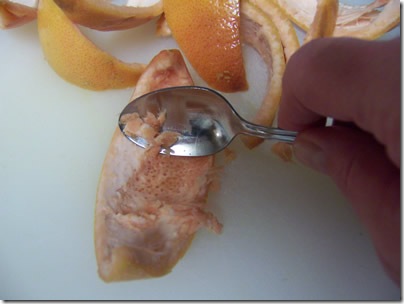 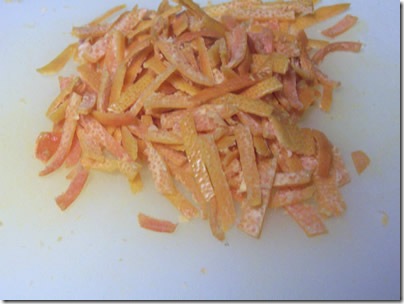 In a large, deep stainless steel saucepan, combine peel with water to cover generously.  Bring to a boil over medium-low heat and boil for 10 minutes.  Drain and discard liquid.  Return to saucepan. 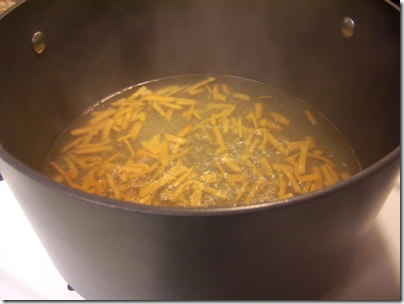 Working over a bowl to catch juice and using a sharp knife, separate grapefruit segments from the membrane. 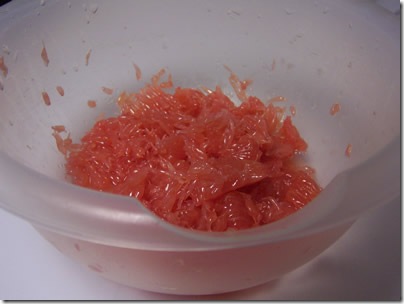 Add segments and juice to peel in saucepan.  Squeeze any juice from membrane into saucepan.  Discard membranes and seeds.  Add 4 cups water to peel mixture. 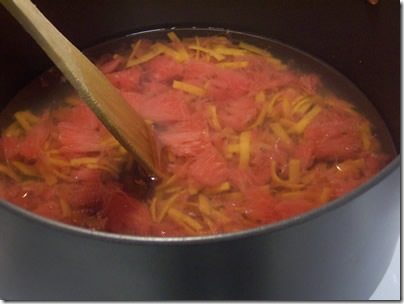 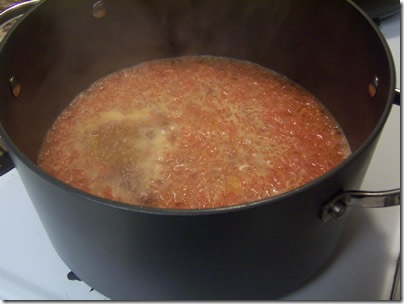 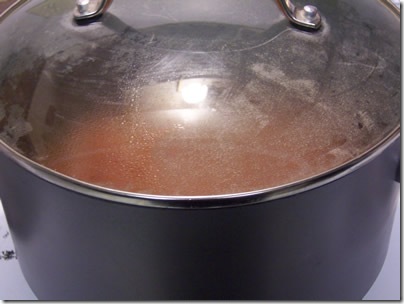 Return saucepan to medium-high heat and bring to a boil.  Boil until peel is tender, about 15 minutes. 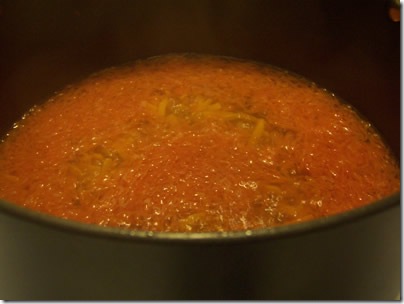 Remove from heat and measure fruit mixture.  Return to saucepan and bring back to a boil.  Maintaining a boil, gradually stir in 1 cup sugar for each cup of fruit.  Boil hard, stirring frequently, until mixture reaches gel stage, about 30 minutes. 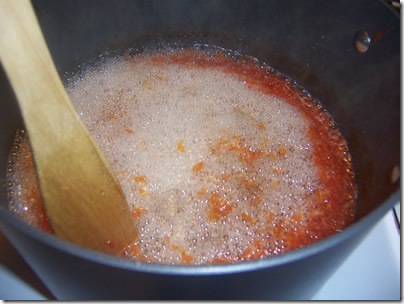 Remove from heat and test gel.

Wipe rim.  Center lid on jar.  Screw band down until resistance is met, then increase to fingertip-tight.  I didn’t have quite enough marmalade to fill 3 jars so I put the half-filled jar on the right in the refrigerator.  I’ve been enjoying it!

Place jars in canner, ensuring they are completely covered with water.  Bring to boil and process for 10 minutes.  I only had 2 jars to process so I just used a big pot with trivets on the bottom instead my big canning pot.

Remove canner lid.  Wait 5 minutes, then remove jars, cool and store.  I kept this batch for myself.  I’ll have to can some more to share. 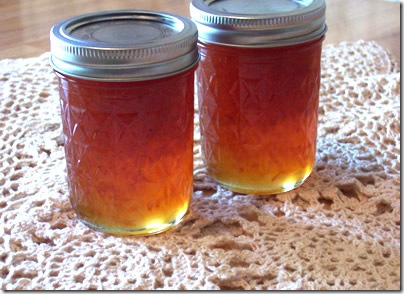 Here are some of the references I use in my canning adventures. You might enjoy them as well:

Here are some delicious breads that would go well with this jam!