A Mountain of Whipped Bread 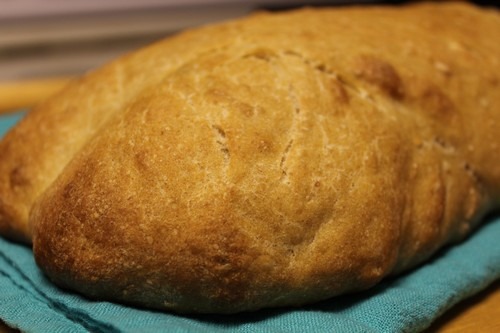 The bread of the month for the Bread Baking Babes is Whipped Bread. As I was making this bread, the song Whip It! by Devo kept running through my head. I danced around the kitchen, as I normally do while I’m baking, all the while thinking about how to “Whip It! Whip It Good!” as the song goes.

I must’ve whipped it too good because once the bread was baked, it became a heap of bread. At first, it looked like a monster, sort of like Nessy of Loch Ness.

After further review, I decided it reminded me of the mountains near Loch Ness. I recently visited Scotland so the mountains and scenery are still fresh in my mind. We didn’t see Nessy while we were there so I couldn’t really say whether it looks like the Loch Ness Monster or not, but I bet she would love a bite of this bread.

The ruins of Urquhart Castle in Scotland is what I was thinking about when I removed the baked bread from the oven. The mountains in the background provide a magnificent backdrop. 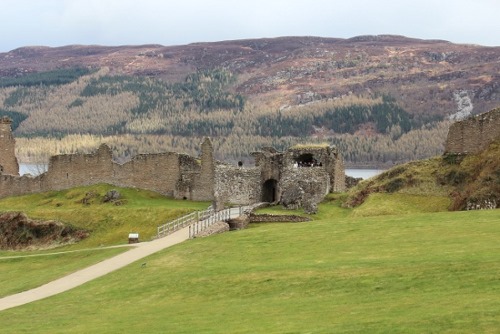 Urquhart Castle was built around 1230. Although it stands peaceful now, the history of the castle is filled with bloodshed. I love history, and the current caretakers of the castle (members of Historic Scotland) recreated the story really well. It was all rather surreal to me.

The English and Scottish fought back and forth for the ownership of the castle and during that time, it was restructured, rearranged and finally blown up (by government troops) during the Jacobite uprising in 1692. Such a travesty, but it remains a very beautiful and inspiring ruin in the Highlands. 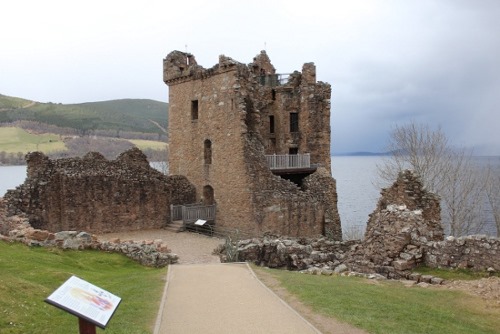 The day we visited the castle, it was sunny one minute, then windy and rainy the next. It even hailed a little bit while we were walking around the inside of the ruins. The grey clouds in the background provided a dreamlike back drop for this ancient castle. 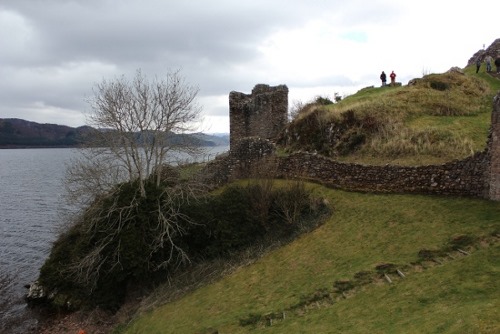 Because the weather was so unpredictable, I carried three jackets with me most of the time, along with gloves, and a backpack so I could switch out clothing when it got too cold or hot. In this photo, I am standing in one of the kitchens of the castle clothed in all three jackets. The wind is wreaking havoc on my hair, but a photo of the baker in the kitchen of the castle was a must. Of the two kitchens in the castle, this was the older one. 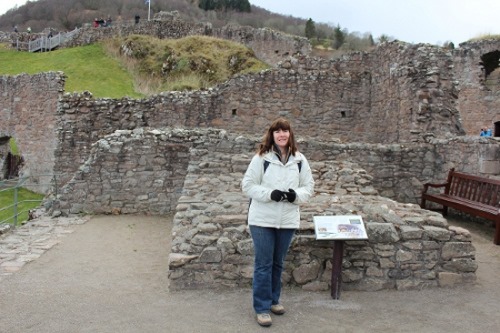 Here is the milling room showing the milling stones. They grew their own wheat, barley and corn for bread and ale. That’s my kind of place except for the whole Lordship/Serfdom thing. 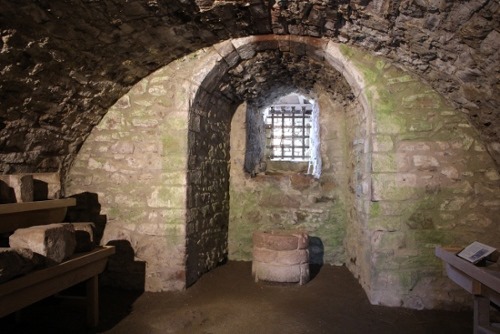 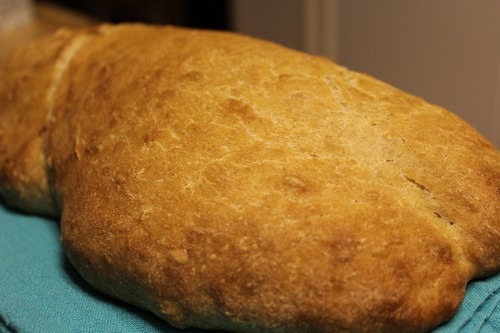 Here is another view of the mountains just to set the stage. Can you see it now? 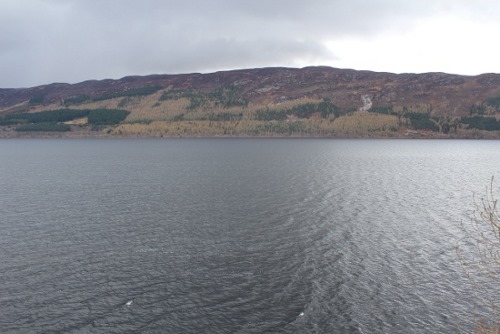 The host for this month’s BBB is Ilva of Lucilian Delights. I used the Whipped Bread formula on Ilva’s blog, but halved the ingredients to make just one loaf. I don’t normally use fresh yeast because it’s hard to find so I substituted instant dry yeast (ratio 3:1 fresh to dry yeast). I don’t have a heavy-duty stand mixer with a bubble whisk so I used a Danish dough whisk to mix the dough, but mostly I just used my hands to do the folds and turns like you would for Ciabatta.

View the fold and turn process.

Although my bread turned out looking more like a mountain than a loaf of bread, we really enjoyed this bread as I’m sure the original inhabitants of Urquhart Castle did theirs. 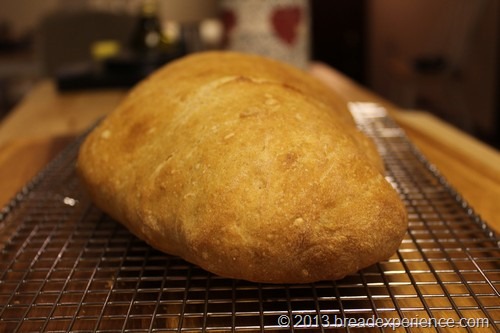 As other bakers have commented, this bread is similar to Ciabatta, but rather than being shaped like a slipper, this bread is supposed to be twisted. I actually twisted two pieces together, but the dough wrestled free and created its own unique shape. But, hey! It had some great holes. 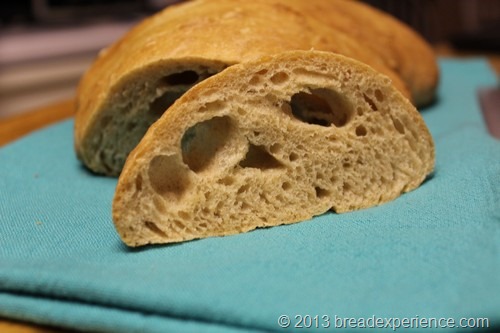 When my son tried this bread, he described it as having a deeper flavor than normal wheat. I agree, it has a delicious and nutty flavor due to the spelt flour. 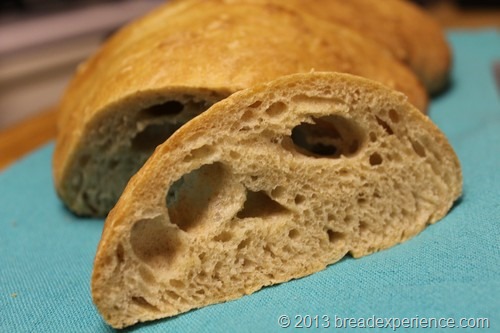 As usual, I enjoyed baking with the Bread Baking Babes. I wasn’t able to bake with them the last several months due to my schedule so this was a simple bread to ease me back into the flow.