I’m starting the new year off right by eating healthy soups.  For once, I didn’t overindulge over the Holidays (too much), and I actually lost weight instead of gaining. I decided to keep that trend going.

I started off with this low calorie, Hearty Garden Vegetable Soup.  This soup is really healthy and full of nutrients. The original recipe is called “Diet Soup”; however, I’m not dieting; I just love this soup.  I made it a couple of times last year, and it made me feel so good, I decided it would be a great way to start out the year. 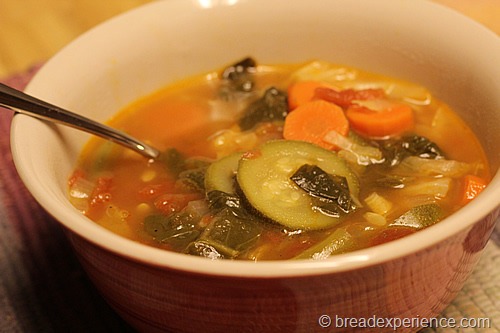 Not only does this soup taste great, it is very versatile and can be used as the base for a different meal each night for seven days. I’ve tried several of the variations and I like most of them, but this time, I just wanted to stick with the basic soup. It tastes so good by itself.

If you are dieting, you can eat as much of this soup as you like because each serving only has about 45 calories.  I added a little more cabbage and chicken broth to mine so it increased the calories a bit. 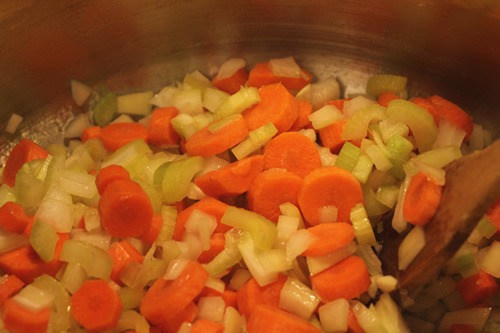 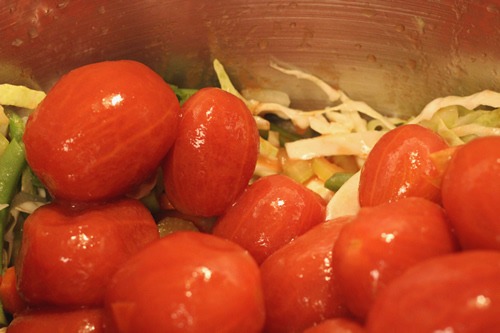 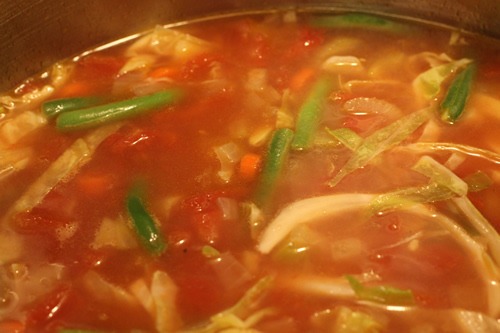 Reduce heat to low; cover and simmer 10 minutes, stirring occasionally. Increase heat to high; stir in zucchini and spinach and heat to boiling. 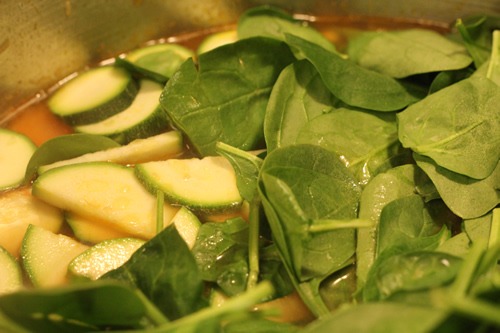 Reduce heat to low; cover and simmer 10 minutes or until all vegetables are tender. 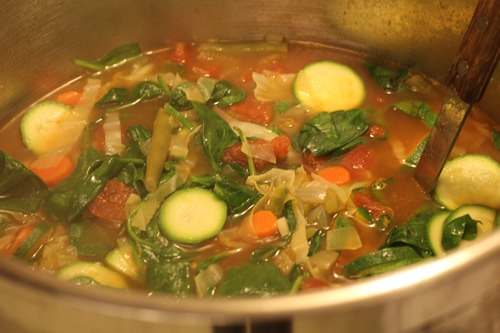 I’ve been enjoying this soup all week.  Sometimes I add shaved parmesan cheese for a variation, but it really doesn’t need it. 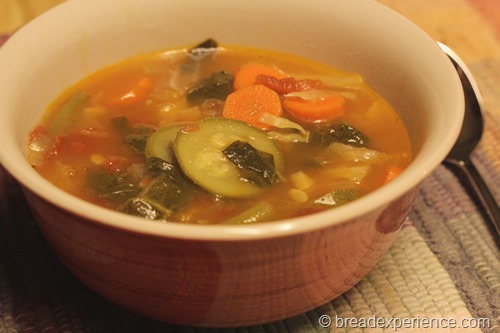