Whole Wheat Bread with no added fat or sweetener

Are you looking for a 100% Whole Wheat Bread that can be made with no added fat or sweetener?

I have just the bread for you… 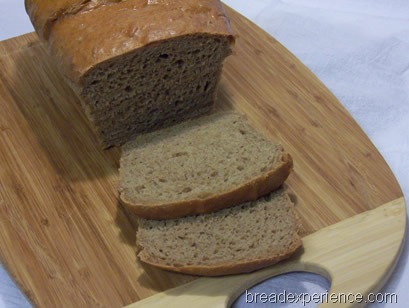 It’s called Sprouted Whole Wheat Bread and it’s made with Super SproutTM from Lindley Mills.  Super SproutTM is a whole grain organic wheat that has been sprouted using a proprietary method and milled into flour for baking. The wheat flavor of this sprouted flour is deeper, smoother and more well-rounded than plain whole wheat flour. 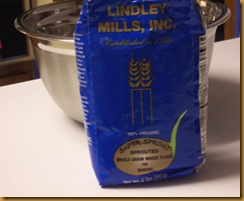 I learned about Super SproutTM  at the Asheville Bread Baking Festival during Peter Reinhart’s workshop. He baked some Sprouted whole wheat loaves and Sprouted Whole Wheat focaccia with Cranberries for the demonstration. Both were delicious. 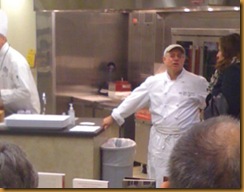 I took the following photo before the room was filled to capacity.  Everyone wanted to see what Peter Reinhart was up too.  We weren’t disappointed. 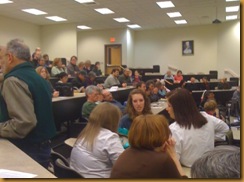 Here is Peter Reinhart showing us the loaves.  We got to sample them as well. 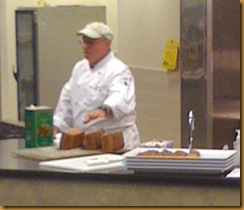 This is Peter Reinhart demonstrating how to make some artisan loaves with the dough. 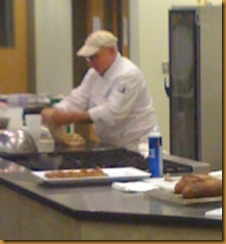 I liked this method and the bread so much, I decided to get some of the flour and try it for myself.

The nutritional information on the package states that, “sprouting greatly enhances the nutrition and digestibility of wheat. The body sees sprouted wheat more as vegetable than a grain.  The sprouting process jump-starts digestion and provides a far superior nutritional value for your body.” 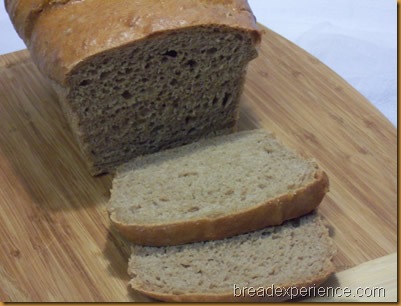 The dough is very easy to work with. It does not require a long fermentation time to develop the flavor or structure of the bread.

Due to the sprouting process, the sprouted wheat flour remains soft and tender without the addition of oil or fat which is usually added to 100% whole wheat bread.  The flour is also naturally sweet so it does not require the addition of sweeteners for most breads.  However, if you want to make sweet, enriched dough such as cinnamon buns or brioche, you can add some fat and sweetener.

Another interesting difference with sprouted wheat flour is that sprouting the wheat changes the flour enough so that many of the rules for artisan breads, such as the use of preferments and long, slow rising times, can be accomplished by the flour itself in less time because the enzyme activity provided by the long fermentation times is already accomplished during the sprouting process.

Mix on slow speed with the paddle (not the hook) for one minute.  I used a Danish dough whisk rather than a stand mixer. 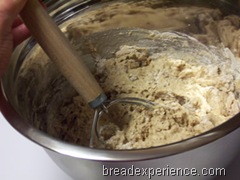 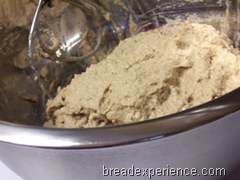 Let the dough rest for 5 minutes, then increase to medium speed and mix for two minutes.  I mixed it again with the Danish dough whisk. 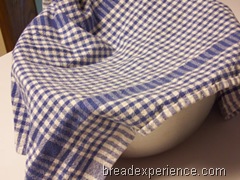 Remove the dough to a lightly oiled work surface and perform one stretch and fold. 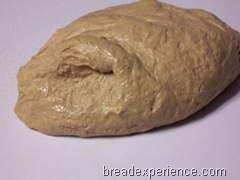 Transfer the dough to an oiled container (or cover the dough on the oiled work surface with a bowl). 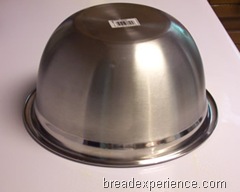 Perform three additional stretch and folds at 5 minute intervals (these intervals can be extended to up to twenty minutes each). 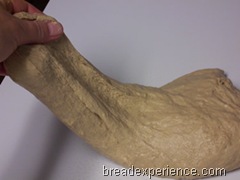 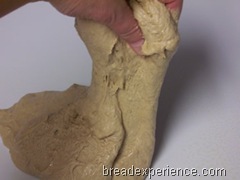 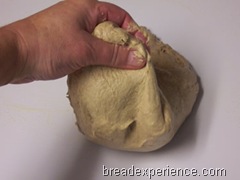 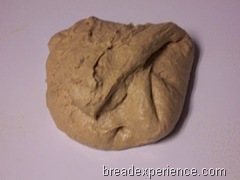 After the final stretch and fold, place the dough in an oiled bowl, cover, and ferment for 60 to 90  minutes at room temperature (shorter if using a proof box). 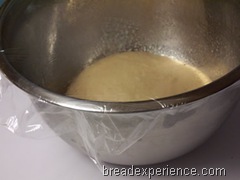 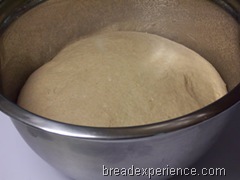 Shape the dough for either sandwich loaf or hearth baking.  I wanted some whole wheat sandwich bread so I shaped it into a sandwich loaf.  My dough was a little wet so it was a bit tricky to shape. 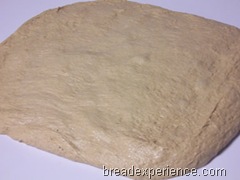 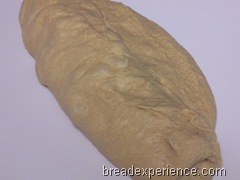 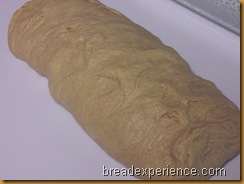 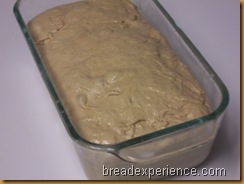 Mist the top of the loaf with pan spray and cover loosely with plastic wrap (for hearth baking you can use a couche). 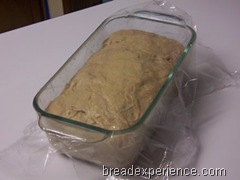 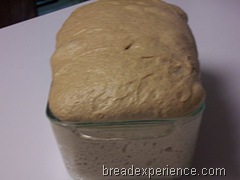 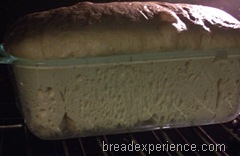 I baked my sandwich loaf at 350 degrees F until it registered 205 on an instant read thermometer.  It was still a little bit sticky in the middle so I turned the oven off and opened the door but left the loaf in the oven for about 5 to 10 minutes more. 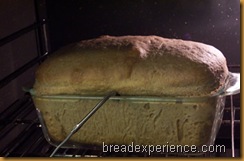 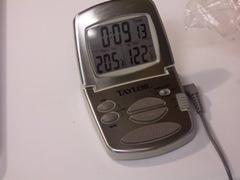 Remove from the oven and let the loaf cool on a wire rack. 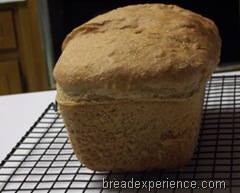 I brushed the top of the loaf with butter, but once I tasted it, I realized it didn’t need the butter on top.  I should’ve left it alone. 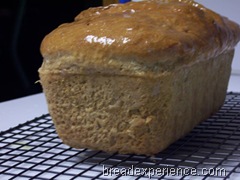 It tasted great plain or with butter or peanut butter.  My boyfriend described it as “total deliciousness!”

I’m sure you’ll want to try this sprouted wheat flour too; however, you’ll have to wait. It’s coming soon to a store near you. I spoke with the folks at Lindley Mills last week and they’re working on setting up distribution channels. I’ll let you know when I find out any more details.

By the way, the cost of the flour was very reasonable.  I was able to make this bread for under $2.00 since I didn’t have the extra cost of the fat or sweetener just a little bit of salt and the dried yeast.

Thanks for joining me in the bread baking blog.  I hope you’ll join me again soon.