I’ve been doing a good bit of research lately about different types of wheat and other grains and how they’re harvested and milled into flour; the benefits of sprouting versus not sprouting the grains before milling; and heirloom and ancient grains versus modern wheat and how the milling process compromises the quality and flavor of the flour, etc.  Sounds like I’m studying for my thesis doesn’t it.

The information is fascinating, but it made my head spin. I decided the only way to really know the difference is to actually try some of these flours and grains for myself. So I ordered some heirloom flour and some ancient grains and I’ll be testing them over the next few weeks or so.

This Rich Sandwich Bread is made with Anson Mills French Mediterranean White Bread Flour and it’s from Charleston, South Carolina.  Flour grown and milled in the South. How cool is that! 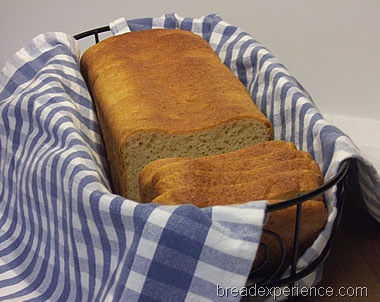 The flour is milled from 18th century white heirloom wheat emanating from Provence, in France.  As the story goes, Colonial Carolinians made their sandwich and toasting breads with flour milled from white wheat brought by French Huguenots. What makes this white bread flour so special is that it doesn’t have any trace of bitter white tannins in the bran.  All I know it that this flour makes a delicious toast bread. ‘Nuff said! I was totally impressed.

I used the Rich Sandwich Bread recipe from the Anson Mills site because they said their flours were fussy and wouldn’t work with just any recipe.  This is a good recipe. I totally had fun making this bread. It reminds me of Brioche.  It’s not as rich as Rich Man’s Brioche so it would probably be considered Poor Man’s Brioche, but that’s not a bad thing. I happen to like Poor Man’s Brioche.

The dough can be mixed by hand or in a stand mixer. The dough felt so good as I was kneading it.  Just look at that luscious dough. It feels like butter in your hands. 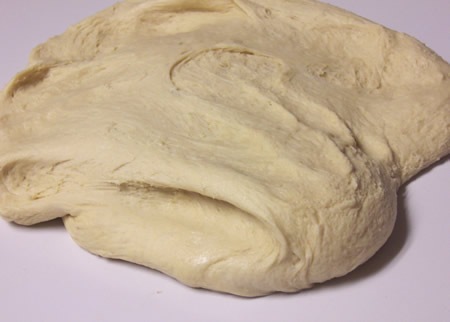 I baked the loaf in my Pullman pan.  The recipe states that you don’t need to use the lid.  I used the lid but I might tend to agree with them. I’m not sure if was necessary.  I’ll have to test it without the lid and see how it turns out. 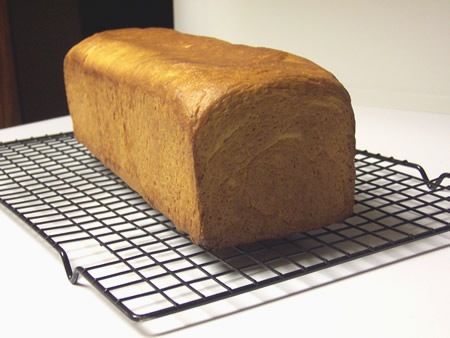 I was pleased with the results. The smell was heavenly and it produced a beautiful golden loaf of bread. 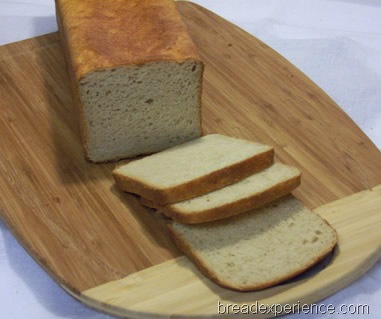 This bread makes great cinnamon toast and toast with jam or any toast for that matter, but it’s especially good as a grilled cheese sandwich.

Thanks for joining me for my first heirloom bread-baking experience.