I decided to make Whole Grain Cinnamon Raisin Bagels with the remaining 1/2 batch (2 pounds) of Healthy Bread in Five Minutes master dough.  I used the 1st half to make the Whole Wheat Artisan Loaf in a Pot a few days ago.  As I mentioned in my previous post, the master dough is very versatile.  I particularly like that it can stay in the refrigerator for up to 14 days.  I made these bagels using dough that had been in the refrigerator for five days and it tasted just fine. 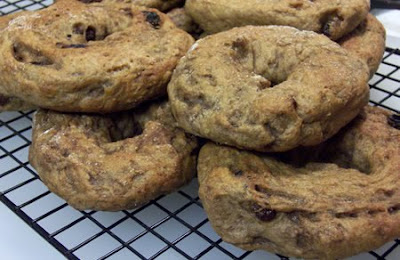 Mix the sugar and cinnamon in a small bowl.

Using your hands and a rolling pin, flatten the dough to a thickness of 1/4 inch. 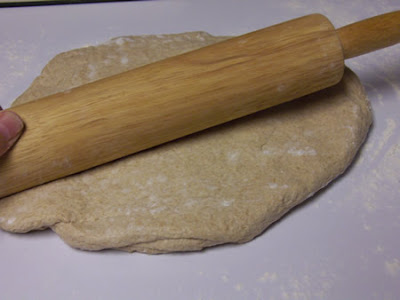 Sprinkle the dough with the cinnamon-sugar and raisins. 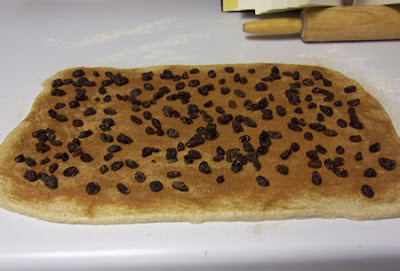 Roll up the dough, jelly-roll style, to incorporate the raisins. 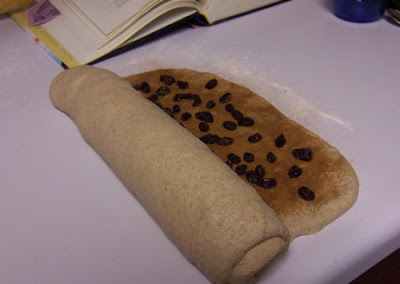 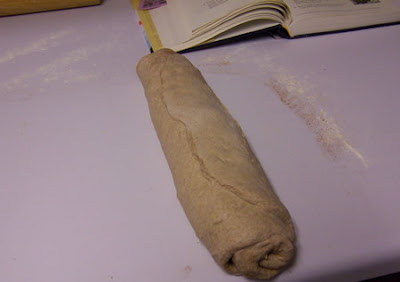 Shape into a ball and dust with flour.  Getting all the raisins to stay in the dough was a little bit tricky. 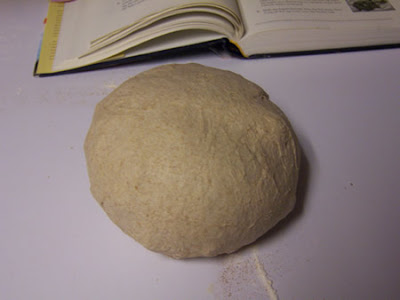 Some of the other HBinFive bakers had commented that these bagels lost their shape due to the slack dough.  So I decided to put the dough in the refrigerator for about 15 minutes to make it easier to shape the balls. 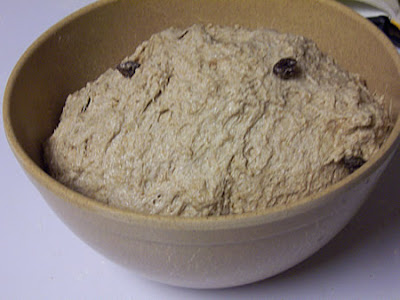 After the dough had been refrigerated, it was much easier to work with.  I broke off pieces of dough, dusted them with flour and shaped them into balls.  I ended up with 9 rather than 10.  At this point, I put the dough balls back in the refrigerator for a little while, then continued with the next step. 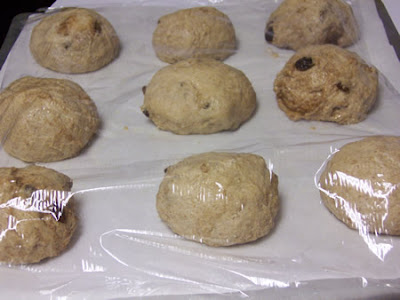 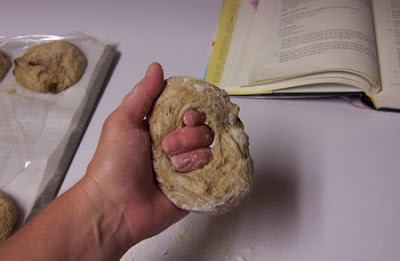 And stretched it open until the hole's diameter was about triple the width of the bagel wall. 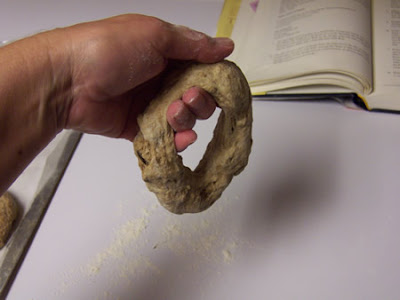 I repeated this with all 9 of the dough balls, then I covered them loosely with plastic wrap and let them rest at room temperature for 20  minutes. 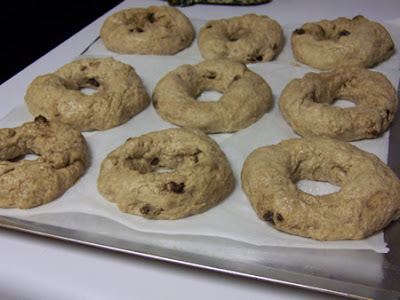 Then I boiled the bagels for a minute or two on each side in a pot of simmering water. 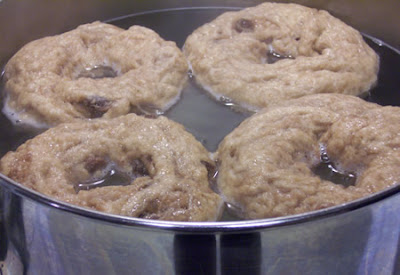 I removed them from the pot with a slotted spatula and placed them on a kitchen towel sprinkled with whole wheat flour. 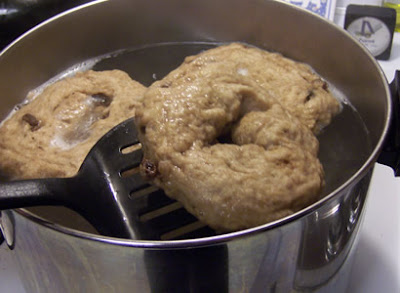 After the towel had absorbed some of the excess water, I placed the bagels on a baking sheet lined with parchment paper. 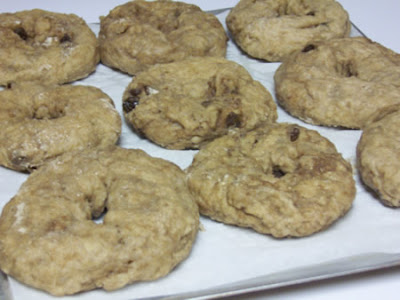 Then I slid the bagels (with the parchment paper) onto a baking stone that had been preheated for about 30 minutes in a 425 degrees oven. I also used a steam pan underneath. 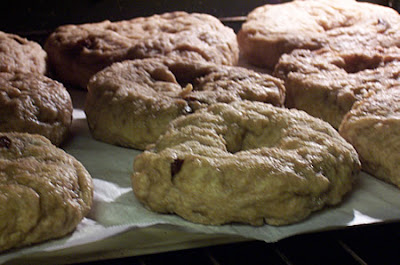 Partway through the baking cycle, I removed the parchment paper (very carefully) and continued baking the bagels until they were deeply browned and firm.  Then I removed them to the wire rack to cool for a bit. 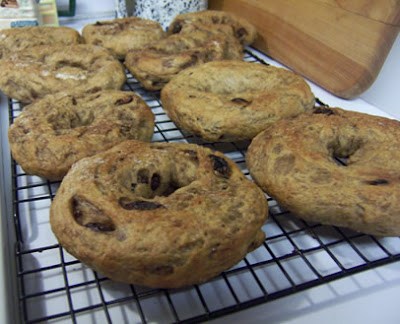 These bagels are best warm.  They taste really good toasted with cream cheese.

These bagels have been YeastSpotted. Please visit Wild Yeast to view all of the lovely breads in the roundup.


Thanks for joining me in the bread-baking blog.  Check out BigBlackDog to see all of the breads in the June 15th Bread Braid roundup.


Here are some additional bread-making resources: