CHARLESTON, S.C.—Three days after a 21-year-old white man allegedly gunned down nine people in a historic African-American church, houses of worship across the region prepared to grapple with the shootings’ aftermath in Sunday services.
Emanuel African Methodist Episcopal Church, the large African-American church where the shooting took place, planned to hold its service beginning at 9:30 a.m. Its 1,200 seats were expected to fill quickly with members, dignitaries and media.
Residents in the city are struggling to make sense of the tragedy, while mourning the victims and calling for unity.
“The city’s not the same,” said artist Georgette Wright Sanders as she sat beside a table displaying her pottery and baskets for sale at the Marion Square farmers’ market in the heart of old Charleston. “You can tell there’s a sadness in the air. It’s as though a wave of pain has washed over us.” 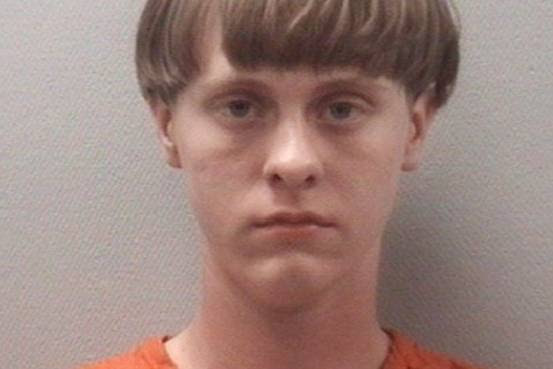 ENLARGE
Police have identified Dylann Roof, 21 years old, as the white man suspected of opening fire and killing nine people at a historic black church in Charleston, S.C., on Wednesday night, a mass shooting that authorities have described as a hate crime. Photo: Associated Press
Ms. Wright Sanders, who is black and lives in nearby McClellanville, S.C., likened the killings to an act of terrorism, and said she felt it was her duty to show up to the market as she does most weekends during the spring and summer. “It’s hard to be here today, but if we don’t move on and heal, and live our lives, they win.”
On Saturday afternoon, far from the downtown tourist attractions, the Charity Missionary Baptist Church in a working-class neighborhood in North Charleston held a prayer service for the victims.
In a sermon that repeatedly roused the more than 100 parishioners to their feet, the Rev. Nelson Rivers III said the shooting was an act of terrorism against black people and their churches.
Some members of his congregation are afraid to come to church, for fear of violence, the pastor said, adding that he wasn’t afraid because of his faith in God. “If you are trying to find a good place to die, a church is about as good as any,” he said.
In an interview on Saturday, Dwayne Greene, a prominent black community activist and lawyer who once worked for the city, said race relations in Charleston generally are good, but there are still historic class and race divisions.
The city’s downtown stretches are affluent and filled with tourists, while surrounding neighborhoods are struggling with poverty. Race relations, he said, have progressed, because Mayor Joseph Riley and a spate of new big companies have worked to improve the situation by attracting new residents from across the country and reigniting tourism.
“Although there are racial issues, Charleston has done a really good job compared to other cities in dealing with those,” Mr. Green said. “It would take a lot to fuel a racial conflagration here. The communities are rallying around one another and coming together.”
University of South Carolina President Harris Pastides joined several hundred mourners on Saturday in front of the Emanuel AME Church.
Mr. Pastides, who moved from Massachusetts to South Carolina, said the relationships he’d had with African-Americans in South Carolina were better than he’d experienced up north. But he added: “I think racism is woven into the fabric of our nation, and I think it is also present in South Carolina.”

Dylann Roof, charged with nine counts of murder in connection with the shooting at a historic black South Carolina church, appeared at his bond hearing in Charleston on Friday. Photo: Reuters
Colleagues say Clementa Pinckney, a state senator and pastor of the Emanuel AME Church in Charleston, S.C., ministered to the poor and backed legislation aimed at improving their lives. He was one of nine killed in a shooting rampage on Wednesday. Photo: AP
Dylann Roof, of Eastover, S.C., is in custody and has been charged with nine counts of murder and possession of a weapon during the commission of a violent crime. Mr. Roof didn’t enter a plea during his court appearance on Friday.
Overnight, an impromptu vigil was held outside the Emanuel AME Church, drawing a large, racially diverse crowd. People sang African-American spirituals, while a few danced beside a growing memorial filled with flowers, Teddy bears and notes that read, “We love you,” among other tributes.
After the vigil, Michael Punkosdy, a 36-year-old Charleston resident, said: “Let’s get uncomfortable. Let’s talk about race, let’s talk about guns. That’s how we’re going to move forward and overcome everything we’ve been through all these years together.”
At the College of Charleston’s TD Arena on Friday night, hundreds gathered to listen to several speakers honor the nine people who lost their lives Wednesday night.
Mayor Riley, the city’s longtime white mayor, called for healing, telling the large and diverse crowd that, “If that young man thought he was going to divide this country, he miserably failed.”
Afterward, Angela Anderson said she believed the community hadn’t been so unified since Hurricane Hugo tore a path of destruction through the area in 1989.
“It’s been a long time since we’ve been together like this,” she said. 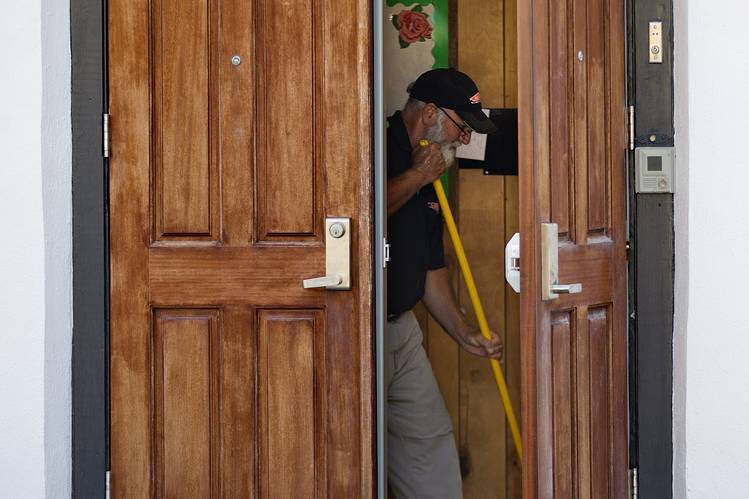 ENLARGE
A member of a cleaning crew mops a floor inside the Emanuel AME Church where nine people at the historic black church were killed Wednesday. Photo: Associated Press
Community leaders are organizing a unity rally to be held Sunday evening at the Arthur Ravenal Jr. Bridge, a cable-stayed bridge that dominates the city’s skyline. Leaders are hoping enough people will attend to join hands all the way across the bridge.
Separately, a group calling itself “Take Down the Flag SC” held a rally Saturday evening outside the Statehouse in Columbia, S.C., with more than 500 people gathering to protest the flying of the Confederate battle flag on the grounds.
Mr. Roof allegedly espoused racist views and the car he was driving had an ornamental license plate displaying the Confederate flag. Charleston police said Saturday evening that they and the FBI were investigating a website that has been attributed to Mr. Roof. The site, which has not been verified as being Mr. Roof’s, contained a racist manifesto and displayed photographs that appeared to be Mr. Roof waving Confederate flags. His attorney could not be reached for comment. The imagery has reignited a long-standing debate in South Carolina and beyond about the flag’s symbolism.
Defenders argue it represents Southern heritage and the sacrifices of Southern people during the Civil War. Opponents contend it is a rallying symbol for white supremacist attitudes and promotes racial discord.
Mitt Romney, the party’s presidential nominee in 2012, on Saturday called for the flag to be removed. “To many, it is a symbol of racial hatred,’’ he wrote on Twitter. “Remove it now to honor Charleston victims.’’
Warrants released on Friday alleged that Mr. Roof entered Emanuel AME Church at about 8 p.m. Wednesday wearing a fanny pack. He sat with the Bible study group for about an hour before pulling out a gun and methodically killing the victims, the warrants alleged.
Mr. Roof used a .45-caliber handgun, which he reloaded several times, law-enforcement officials said.
Mr. Roof allegedly told his victims that African-Americans were taking over the country and “raping our women,” and he purposely left one person alive to share his motivations, according to a person familiar with the investigation.
Among those he allegedly gunned down was the church’s leader, the Rev. Clementa Pinckney, a 41-year-old long-serving South Carolina state senator and civil-rights leader. The other victims ranged in age from 26 to 87.
Mr. Roof told investigators on Thursday that he was responsible for the killings, and that he considered not going through with his plan, because everyone at the church was kind to him, according to a law-enforcement official close to the investigation. Mr. Roof’s attorney declined to comment.
Mr. Roof, who grew up around Columbia, left high school after ninth grade in 2010, according to a school district that didn’t have records of him continuing his education. His racist views and aimless life troubled some in his family, according to friends and relatives.
The U.S. Justice Department has opened a civil rights investigation into the shooting that will run parallel to the continuing investigation by state and local police, said a spokesman for the agency.
Deidra Waymer, of Summerville, S.C., on Friday said: “Move on? How can we? I want justice. Then we can move on. This has brought to the forefront racial tensions that have been here a long time. And they have to be addressed.”
“If we don’t make this count it will be swept under the rug, like it’s always been,” she said, adding that, “It’s surprising, the amount of love being shown.”