The bread of the month for the Bread Baking Babes is Carrot Bread. This unique bread is crunchy on the outside due to a crackle glaze of rice flour and crunchy on the inside due to the inclusion of toasted sesame seeds and sunflower seeds. Shredded carrots and chopped parsley lend flavor and moisture and the carrot juice and golden syrup provide the sweetening. 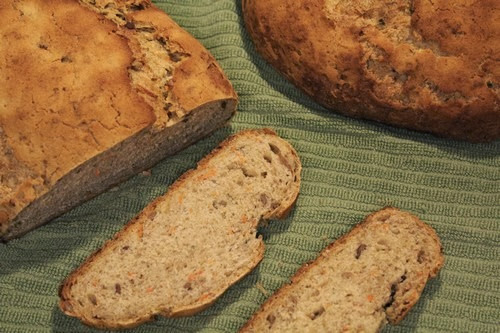 After making the rich Pumpkin Brioche for World Bread Day and then Sourdough Banana Bread, this carrot bread was a nice change of pace. My version is made with all-purpose Spelt instead of white bread flour so it’s healthier than it’s white counterpart.

Adapted from this Carrot Bread Recipe

Here are the substitutions I made to the recipe:

I decided not to post an adapted recipe because I’m not sure how much water I used in the poolish or how much additional flour I added to the final dough.  This was definitely an experiment.

I ended up with four loaves instead of three.  How’d that happen?

Listen and learn from my mishaps and frustrations.

Side discussion on using dried yeast:

Interestingly enough, as I was in the middle of writing this blog post, I saw a discussion on the Artisan Bread Bakers FB group page about this very same topic. It seems that every baker has his/her own way of utilizing yeast, whether it be instant or active dry yeast.

It was a very good discussion. Here are some of the comments I found helpful:

Lesson learned: Don’t be afraid to try different approaches and methods and find one that works for you, but don’t second guess yourself when you have a method that does work well for you. At least, that’s the lesson I learned.

Back to the Carrot Bread… 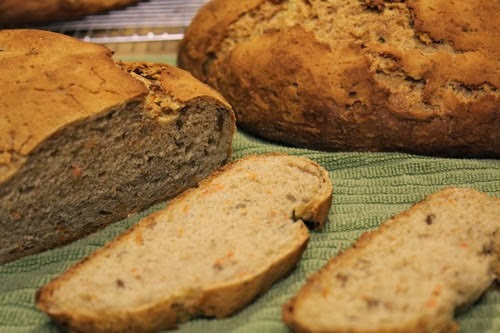 This bread is made with an overnight rye poolish or so the story goes.  Some of the other Babes mentioned that the hydration amount for the poolish was off so you needed to add more water.   A poolish is supposed to be 100% hydration. This one was less than 50% hydration. Maybe it was supposed to be a biga instead of a poolish or perhaps a sponge, but since the recipe said poolish, that’s what I went with. 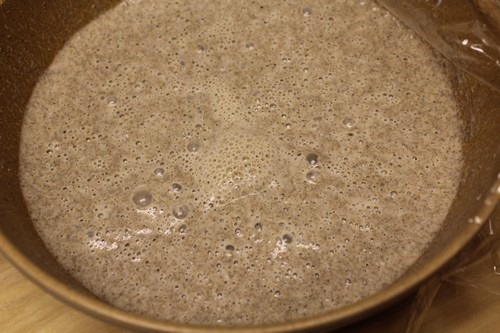 To compensate for adding additional water in the poolish, you need to use less hydration in the final dough.  Hmmm…

I had to add a good bit more flour to the final dough.  To complicate things further, I decided to use Spelt flour at the last minute.  Since Spelt flour doesn’t absorb water the same way as regular bread flour, this presented a very wet dough.

I struggled with this dough.  It was so sticky that I just kept adding more flour. I tried not to overwork the dough because Spelt is picky about that. I used the mixer to mix the dough, but kneaded in the seeds by hand and only kneaded it a little bit on the counter.

I let the dough bulk ferment longer than the original recipe suggested to make up for the minimal kneading that I performed. This helped, but it still wasn’t the workable dough I wanted. I was about ready to place it in the refrigerator overnight to continue fermenting, but I knew I wouldn’t have time to make it the next day.  So, I added more flour.  This was becoming a theme.  Add more flour. 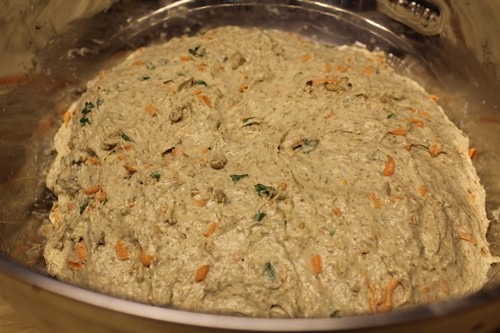 I finally made it to the shaping phase and got the dough into four rounds, then into four ovals (using more flour for dusting, of course). 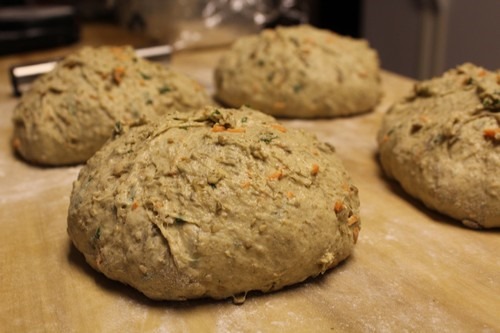 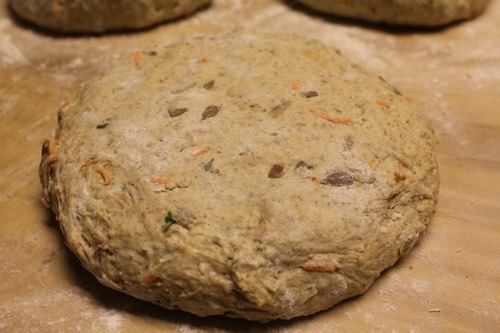 Then I shaped it into an oval. 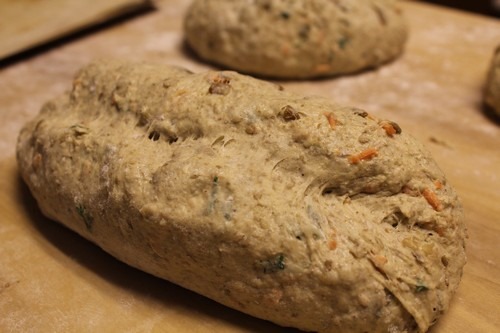 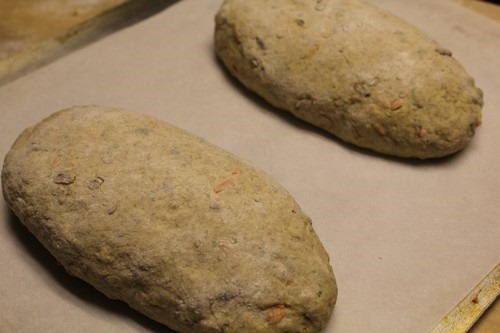 By the time I got to the crackle crunch, I said phooey on the active dry yeast and used instant yeast instead and only made about 1/3 of the amount suggested because everyone said it made too much. 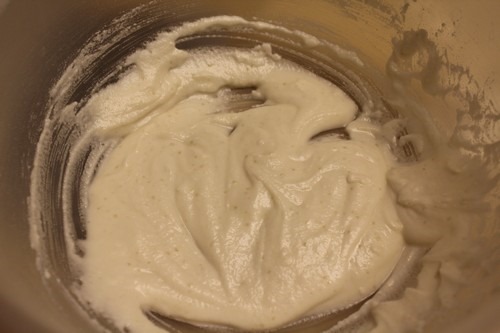 Even using only a third of the amount was enough to glaze all four loaves, and I didn’t have any left over. 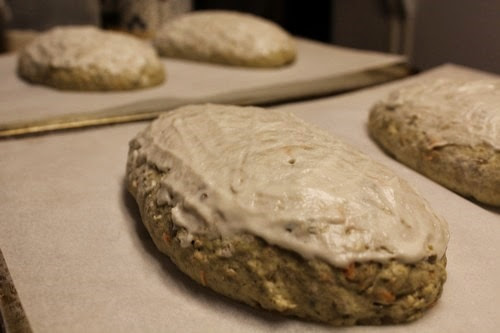 I almost omitted the crunch topping because I didn’t really care for it when we used it on the Vienna Bread during the Bread Baker’s Challenge. However, I’m glad I tried it this time because this method was a little bit different. It includes some sugar and salt so the flavor wasn’t flat. It was actually pretty good. 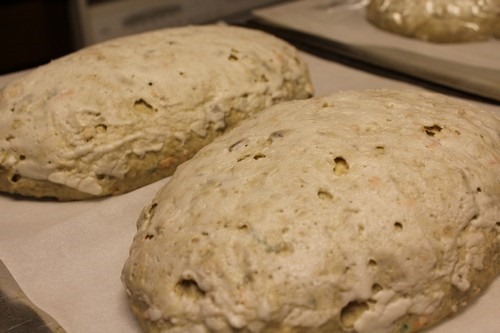 Even with all of the extra flour I added, the bread wasn’t dry on the inside. I guess I have the well-hydrated poolish to thank for that.

The final product looked and tasted fine, but man did I make the process hard on myself.  Lol…

The crackle crunch topping and the oval shape makes it look like a cracked egg.  I kind of like that! 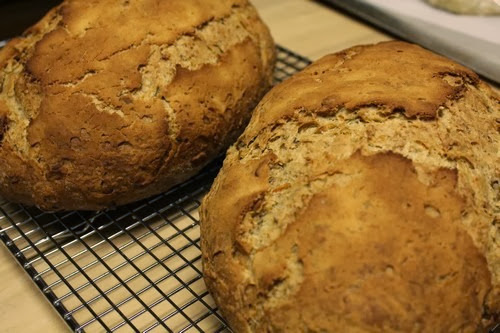 I had a challenge (I mean fun) baking with the Babes this month. Thanks to Heather of Girlichef for hosting and picking this interesting bread and method. 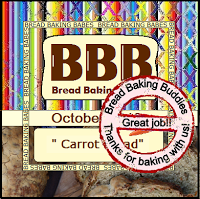