I enjoy attending events during the Holidays and baking special treats. As I mentioned in my previous post, I attended a Christmas Tea last weekend. I brought Lavender and Orange Biscotti and these Cinnamon Tea Biscuits.

These crunchy biscuits are sort of an updated version of old-fashioned English tea biscuits. They’re not the fluffy, melt-in-your-mouth Southern biscuits that I grew up eating. However, I must say I really like them. They’re not too sweet or rich. The combination of cinnamon and butter makes the perfect accompaniment for tea or coffee. They taste great warm or room temperature. 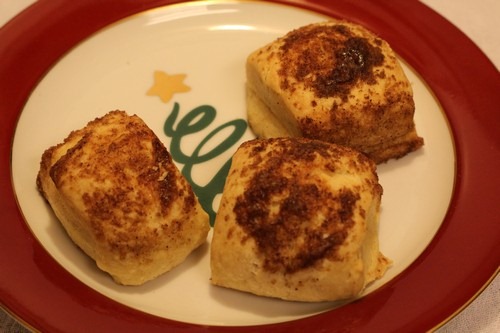 These biscuits are fun to make. I made my version with Spelt. They are rolled out and folded over similar to how we folded the Pocketbook Rolls last month, but those rolls were round and these are square. Those were fluffy, melt-in-your-mouth rolls. These biscuit rolls crunch in your mouth, but the crunch gives them substance.  They are very enjoyable.

1) Preheat the oven to 425 degrees F. Spray a baking sheet with spray oil and put it aside. Mix the cinnamon and brown sugar together on a plate and set it aside. 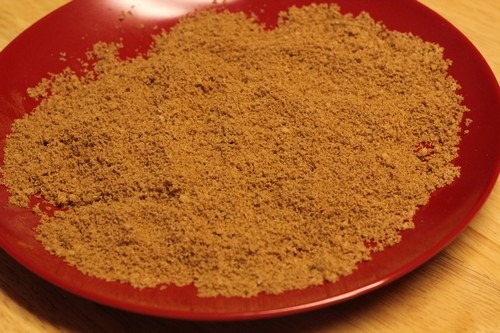 2) Whisk together the rest of the dry ingredients: flour, baking powder and salt, in a large mixing bowl.  Add the butter bits and cut them in the flour with a pastry cutter.  Mix until the mixture is mealy. 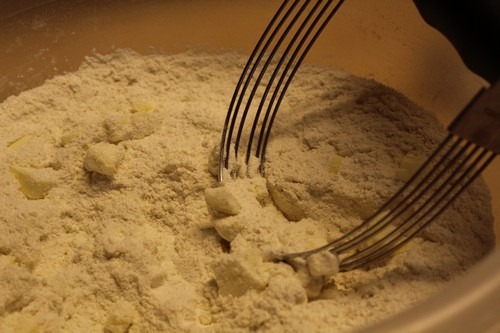 3) Add the milk and stir the mixture just until a soft dough forms. 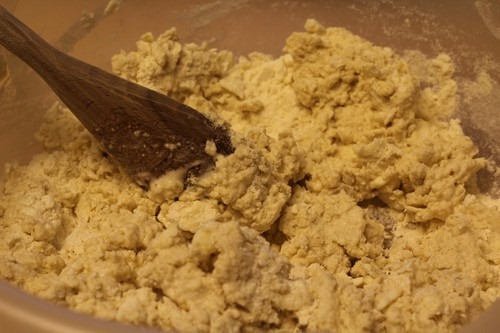 4) Transfer the dough to a lightly-floured surface and knead 3 to 4 times. 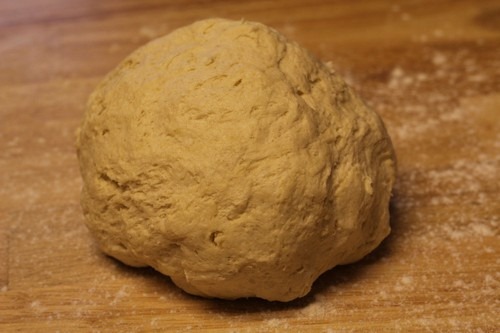 5) Roll out the dough to about 1/3-inch thick and cut out 3-inch squares. I decided that 3 inch squares were a little too big so I cut the squares in half. 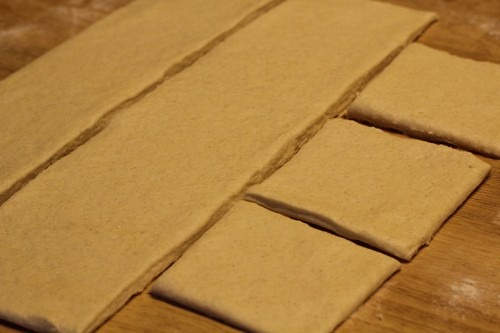 6) Fold the squares in half, then press the top into the prepared sugar-cinnamon mixture.  Arrange the squares on the prepared baking sheet. Generously sprinkle the tops of the squares with more cinnamon sugar and dot each square with a little bit of butter. 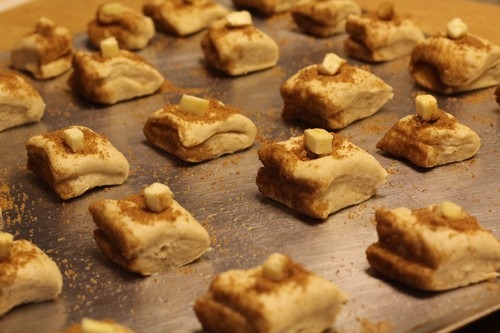 7) Bake the biscuits on the center rack of the oven until they are glazed, about 15 minutes.  Serve them hot or at room temperature. 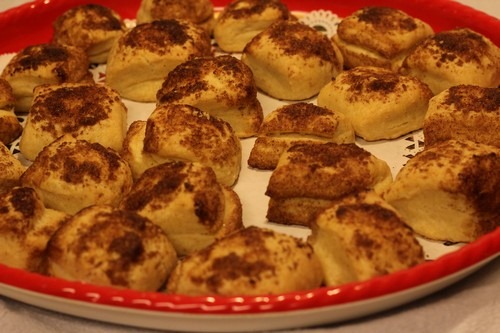