White Gazpacho and a trip down memory lane

I’ve been enjoying my cucumber harvest this year. I only have a few plants, but they’ve been producing wonderfully, and the bugs didn’t get to them like they did the squash. So as I mentioned previously, I’ve had to look for creative ways to use them besides making pickles – which I’ve done twice already this season.

As I was looking around for different soups that included cucumber, I received my July Issue of Food and Wine Magazine. It seems I wasn’t the only one interested in soups with cucumber because one of their feature articles included a recipe for White Gazpacho. What caught my attention about the article, besides the fact that the soup includes cucumbers (and bread cubes), is that the Chef, Linton Hopkins, made the soup, along with some other tasty items, on Cumberland Island, in Georgia.

Well, that settled it for me. Cumberland Island is an enchanted place that I’ve had the opportunity to visit a couple of times so I decided I had to try this soup. 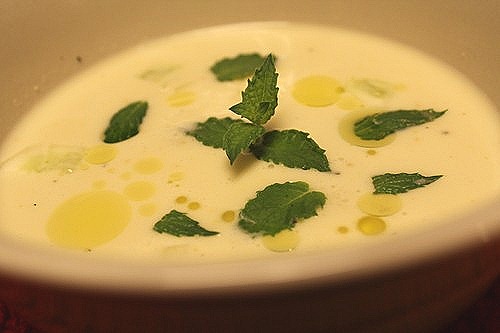 Making this Gazpacho brought back some fond memories of the times I spent on the island. Here are some photos from my adventures. Won’t you join me as I stroll down memory lane!

We camped when I went there.  It’s a totally different experience than the one related in the magazine article but it’s still enchanting; with wild horses, armadillos, deer, huge oak trees, palm trees and beautiful white-sandy beaches.

You can only get there by ferry which adds to the enchantment.

The Carnegies came to the island in the 1800s and several of the descendants still have houses there. This is Dungeness, it was the home of Thomas Morrison Carnegie and his wife, Lucy Coleman Carnegie, but it burnt down so all that’s left are the ruins.  Still pretty cool!

The wild horses like to roam about the ruins and the island. They’re pretty awesome!

This is one of the camping sites.  Lot’s of privacy, but sometimes the horses walk by.  You have to put your stuff in the locked bins, and keep any food away from the sides or else the raccoons will get into it.  Ask me how I know?

Now, back to the Gazpacho…

Recipe from: July Issue of Food and Wine: A Chef's July Fourth on Cumberland Island

I saved several slices of the Easy No-Knead Sourdough Bread in a Pot so I cut a couple of slices into cubes. I plan to use the rest of the slices in a different dish. 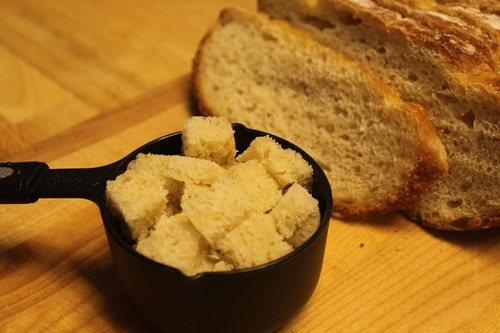 Here are the rest of the ingredients.  Isn’t that an interesting combination? 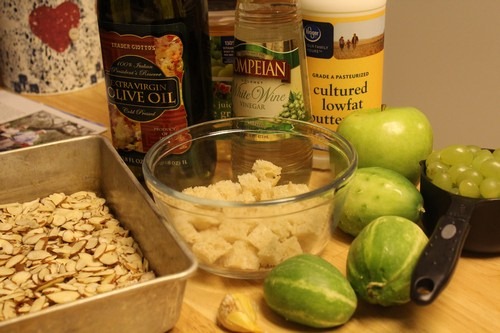 The gazpacho is really easy to make too!  You just soak the bread crumbs in grape juice. Then toast the almonds and let them cool while you chop up the rest of the ingredients. 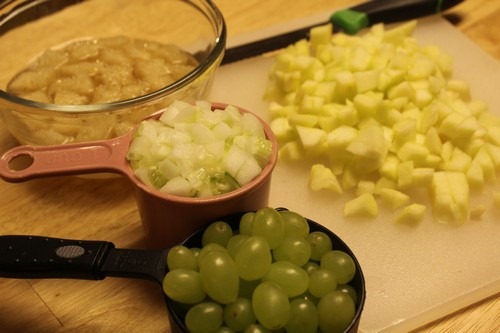 Then you puree everything in a blender. 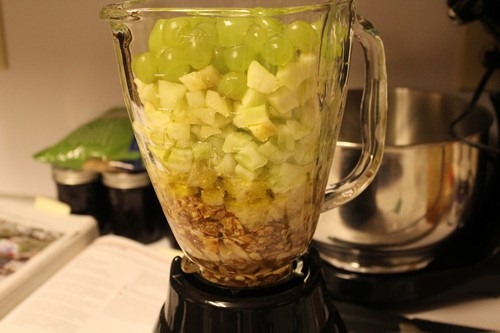 I think I should’ve done this in batches, but it worked and didn’t burn out the motor on my blender either. 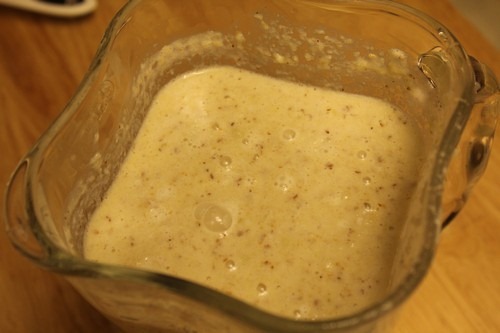 Then you strain the soup through a sieve into a bowl. 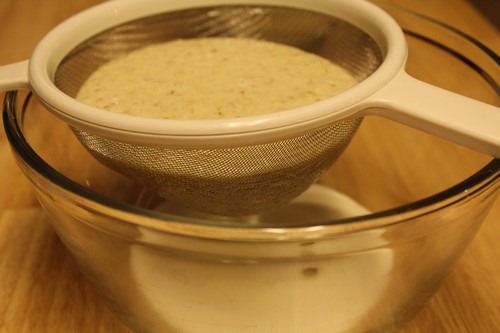 Press down on the solids to squeeze out all of the liquid. 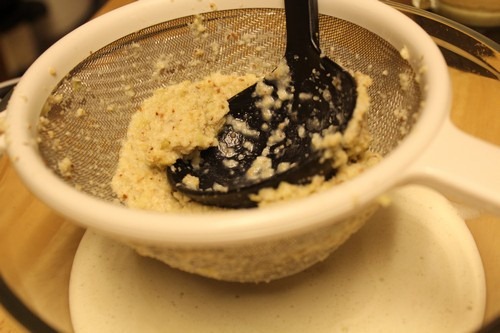 Then you’re left with these solids.  It tastes really good with the almonds and olive oil and grapes and juice, etc. all mixed together. 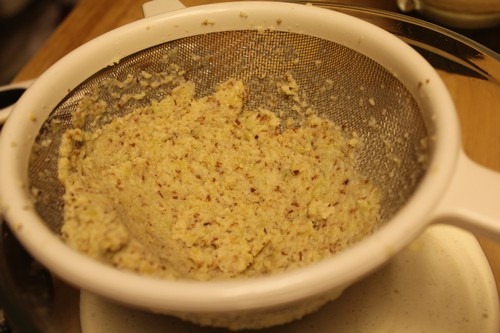 Finally you whisk in the buttermilk and season it with salt and pepper and let it refrigerate until chilled, about 30 minutes or so.  I waited a couple of hours. 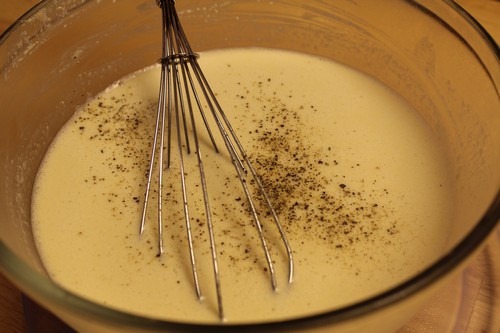 The chilled soup has an interesting flavor. It’s a bit tangy from the buttermilk.  You’re supposed to garnish it with mint leaves and almonds and drizzle it with olive oil.  I forgot to add the almonds on top. 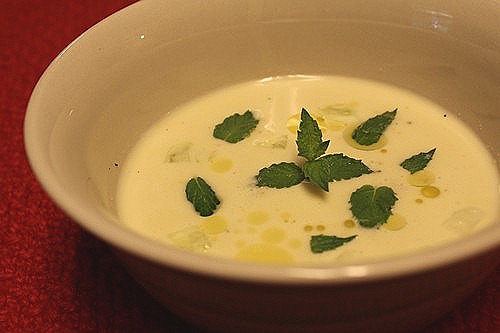 The flavor and texture were a little weird for my palate so I added some chopped cucumber and grapes. The grapes sunk to the bottom of the bowl so you don’t see them in the photo, but it added some crunchiness which I liked.

It was a fun soup to make!  It makes a festive presentation. The almonds definitely add a delicious flavor and texture to it.

I hope you enjoyed my stroll down memory lane.