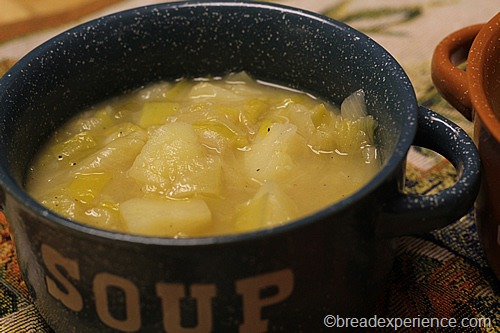 My youngest son was home from college over the Thanksgiving Holiday weekend. He really likes Potato Leek Soup so I promised him I would make some while he was home. Eating turkey several days in a row can get old so it was nice to have something different.

Potatoes and leeks make a great combination. Leeks are from the Allium family and are related to garlic, onions, shallots, and scallions. They have a delicate and sweeter flavor than onions so they don’t overpower the other flavors present in the dish. Potatoes belong to the nightshade family, which also includes tomatoes, eggplants, peppers and tomatillos.

This is a homey and simple Potato Leek Soup that doesn’t include any cream. It doesn’t need it. It is a little bit different than the potato leek soup I usually make.  It is chunky rather than mashed or pureed.  I like to taste bits of potatoes in my potato leek soup, but this is the first time, I’ve actually tried it without mashing the potatoes at all. 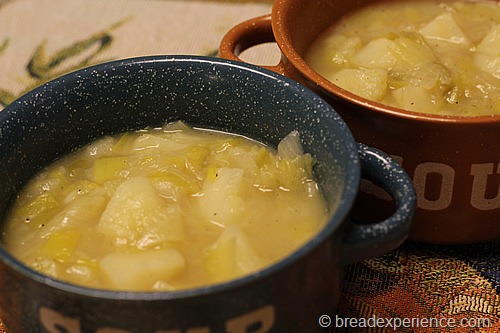 The original recipe called for 4-5 pounds of leeks.  I didn’t have that much so I used about 3 pound of leeks and added a medium yellow onion.

1. Cut off roots and tough dark green portion of leeks, leaving white portion and about 3 inches of light green. Slice in half lengthwise and chop into 1-inch sections.

2. Heat butter in Dutch oven over medium-low heat until foaming; stir in leeks, increase heat to medium, cover and cook, stirring occasionally, until leeks are tender but not mushy, 15 to 20 minutes; do not brown. 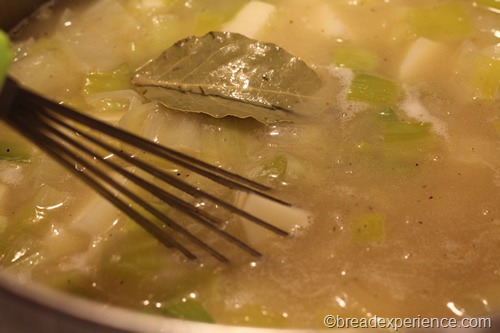 4. Reduce heat to medium-low and simmer, covered, until potatoes are almost tender, 5 to 7 minutes.

5. Remove pot from heat and let stand until potatoes are tender and flavors meld, 10 to 15 minutes. 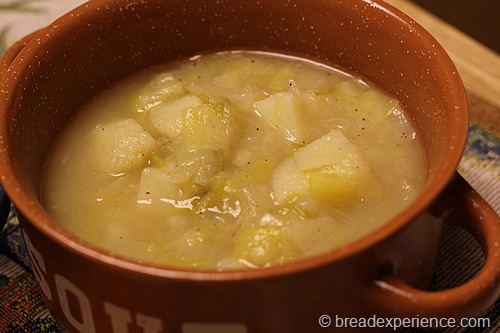 I really like the texture of this soup … you can sink your teeth in it.  Enjoy!