I fought the idea of using baker’s percentages for a long time. I thought I would somehow lose the romance of bread baking if I got into the science of making bread. After all, I am bread baker, not a mathematician or scientist.

However, there comes a time in every serious bread baker’s experience, when you have to let go of old habits and get with the program. If you want to bake good bread, then the bread dictates a different level of understanding.

So I started experimenting with baker’s percentages a few years ago. I struggled with it because I had to learn how to do the conversions by hand. I use spreadsheets all day long in my day job, but when I’m baking bread, I don’t want to have to think that hard. It’s suppose to be my time to de-stress.

Thankfully, I won’t have to keep up with all this manually anymore because there’s a nifty new software program that keeps track of it for me.

BreadStorm for Mac has launched (at http://www.breadstorm.com/). The software is now available for purchase in the U.S., Canada, and the European Union, with more countries coming soon. The BreadStorm iPhone app is currently in a beta test.

The idea for BreadStorm was started in Dado and Jacqueline Colussi’s kitchen in Stockholm, Sweden in 2008. According to the Colussi's, “We were baking more and more of our own bread, in an ever-expanding repertoire, and we needed a tool to help us get the most out of our bread formulas, while minimizing distraction. Finding no well designed, out-of-the-box solution, we decided to create one.”

They were driven to create BreadStorm, because bakers need it! 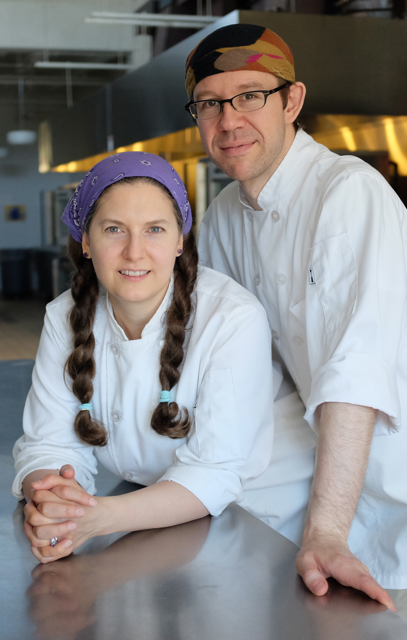 In 2010, Dado and Jacqueline moved to Chicago, and started the Chicago Amateur Bread Bakers, a meetup that brings bread bakers together in-person to learn from one another. They also lead CABB2, a meetup group for advanced bakers and organize and moderate #BreadChat on Twitter each month.

If that’s not enough, Dado and Jacqueline also love to bake together at home. This photo shows a morning's worth of bread baking, loaves piled up on a table on their back porch. They were baking for the "Homemade Bread Showcase" (http://bit.ly/BreadShowcase2012), an event they organize from time-to-time with the Chicago Amateur Bread Bakers. The rye sourdough boules were made by Dado, the whole-wheat challah braids by Jacqueline. 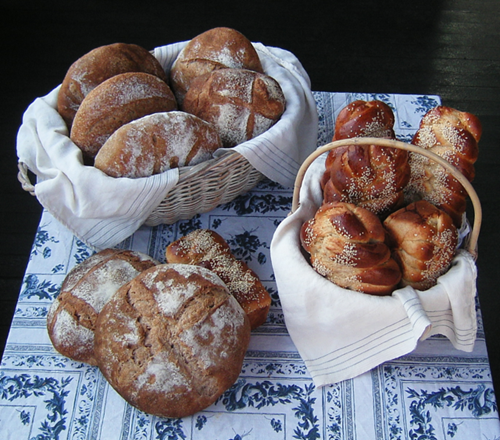 What Does BreadStorm Do?

BreadStorm makes bread formulas accessible to, usable by, and sharable with all bread bakers—professional bakers, home/hobby bakers, students of boulangerie, bakery apprentices, in-bakery developers of new bread formulas, and researchers in the field of bread science.

Here is an example of a bread formula (in percentages) created with the BreadStorm software: 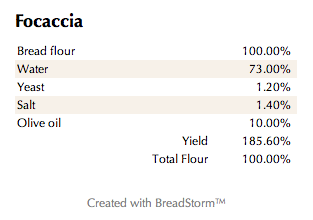 Here is the same formula scaled to 500 grams of flour. 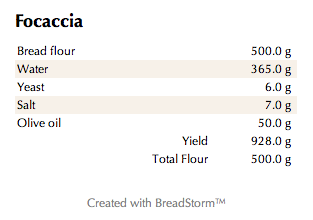 How to Use BreadStorm

Check out this tutorial to Learn How to BreadStorm

If you like BreadStorm, you can buy a BreadStorm Key to create and edit your own bread formulas.

Spread the word by sharing snapshots of your BreadStorm formulas on Twitter, on your bread blog (if you have one), and on thefreshloaf.com. Other bakers seeing your formulas will be excited to start conversations with you, and collaborate in the pursuit of baking delicious bread.

Are you interested in seeing BreadStorm in your country?

There’s an app for that!  Or there will be soon.  I’m looking forward to using the iPhone app (currently in beta testing).  It should be a handy app in the kitchen.

Disclosure:  I am not being paid for this post nor will I get a commission from any sales of the software. I just think it’s a neat program and I wanted to let you know about it.