I was pretty stressed about this implementation because the days leading up to it were filled with mishaps that I could not control. On Wednesday, my phone lines went down. I thought great, I hope this doesn’t happen Friday night. Fortunately, they were back up in a couple of hours. The next day, the server went down at work.  Things were starting to get a little bit weird at this point, but it was only down for a short time so I didn’t worry about it.  Then, Friday afternoon, my electricity just went out.  Just like that.  No storms.  Just all of a sudden, no power.

The good thing about the electricity going out was that it gave me some downtime and I was able to mix up the Tabbouleh dough.  We implemented the project Friday night and worked out the bugs on Saturday. In between testing, I was able to bake the bread. So if you think you don’t have time to bake bread, them I’m here to prove you wrong because I managed to bake this bread even with my crazy schedule this weekend. 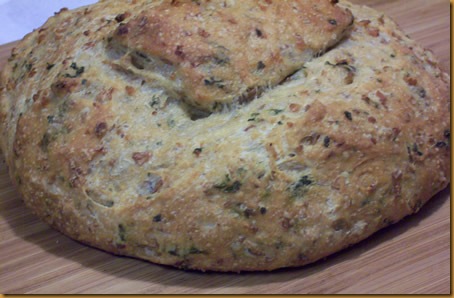 As the title suggests, the dominant flavors in this bread are bulgur wheat, garlic, parsley, and lemon zest.  I used more garlic than the recipe called for and added a little more lemon zest.  Some of the other bakers had mentioned that this bread wasn’t as flavorful as they would’ve thought so I decided to up the ante a little bit.  I think it worked.  I liked the flavor.

I decided to bake this bread in my La Cloche.  I’ve baked other yeast breads in it but, I hadn’t tried a no knead bread.  To bake it, I just took one pound of dough out of the refrigerator and shaped it into a ball.  Then I placed the dough ball in the La Cloche sprinkled with cornmeal, covered it, and let it rise for about an hour and a half. 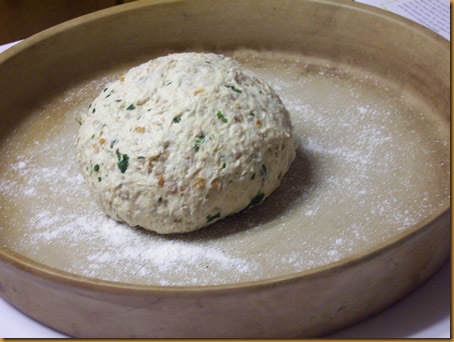 Then I scored the loaf in a pound pattern 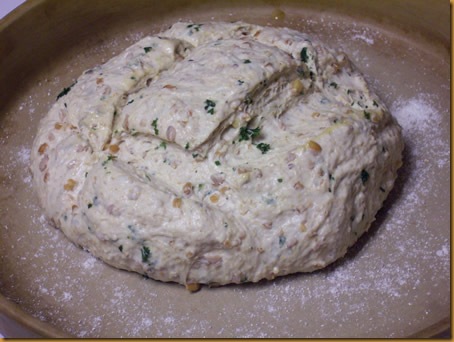 And baked it in the preheated oven at 450 degrees. 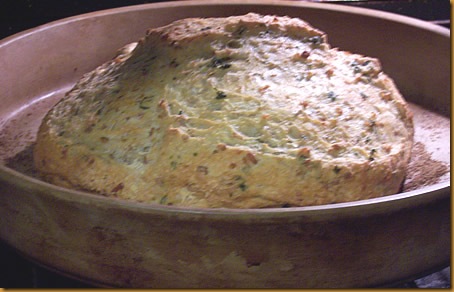 I love the colors of this Tabbouleh Bread.  It’s golden brown with flecks of green and brown. 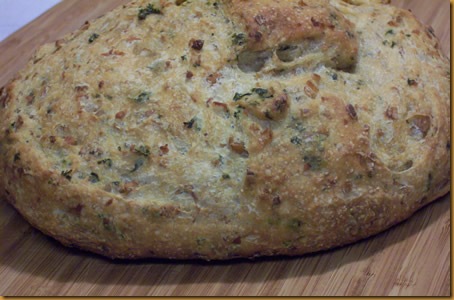 It’s actually quite tasty as well.  The crust was nice and crunchy because of baking it in the La Cloche.  The inside was delicious as well. I ate some warm with butter. 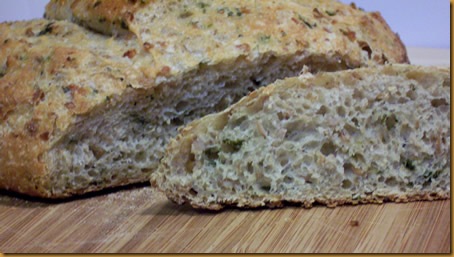 I made rolls with the remaining dough. 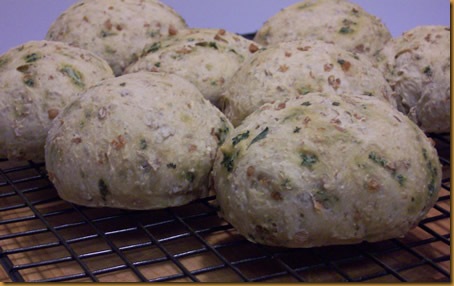 We had the rolls with homemade Spiced Pumpkin Soup. I’ll be sharing that recipe in another post. 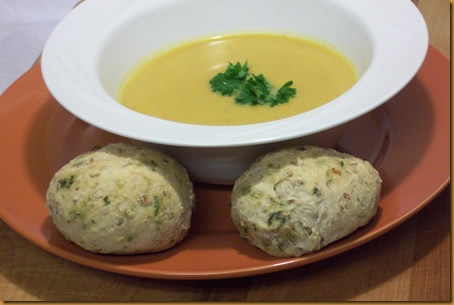 My boyfriend said this one was a keeper.  He liked the rolls and the soup. So did I.