I think this Pear Tarte Tatin is my favorite Healthy Bread In Five Minutes bread so far. I ate it for breakfast, lunch and dinner.  Oh! Did you want some?  Sorry, it’s all gone! 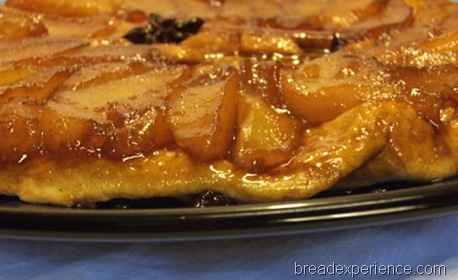 The Pumpkin Pie Brioche recipe can be found here.

I used the amount of spices called for in the recipe, then added an additional 1/2 teaspoon of pumpkin pie spice to liven it up.  The consensus from the other bakers last Fall was that this dough could’ve used more spices.

I also used frozen pumpkin that I had pureed last Fall.  It’s a little more liquid than canned pumpkin so I decreased the amount of water by 1/4 cup.  The dough was still a bit sticky so I added additional flour.

I let the dough ferment for 24 hours, then it was time to make the tarte.

You begin by melting butter in a cast-iron skillet, then sprinkling the brown sugar, honey, lemon juice over it.  Then you drop a cinnamon stick, some fresh ginger, a star anise, and a cardamom pod in the middle.  The star anise and the cardamom pod were optional.  I used star anise and some ground cardamom.  The pods were a little too expensive for my taste.  Arrange the pears in a circular pattern, cut side up, in the sugar. 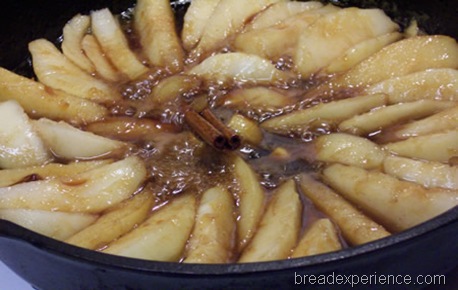 Cook the pears slowly over low heat until they start to absorb the caramel and the juices are bubbling around them, about 30 to 40 minutes.  My pears didn’t take that long to cook, but I think I still might have overcooked them.

Once the pears are coloring nicely and the caramel is bubbling, turn off the stove and let them cool while you prepare the dough. 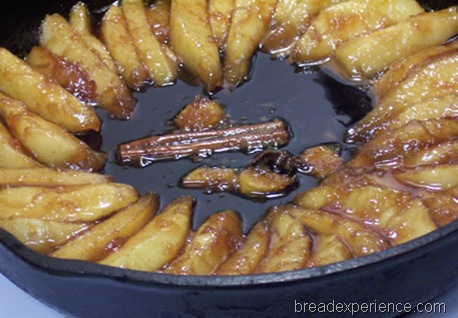 While the pears are cooling, dust the surface of the refrigerated dough with flour, and cut off a 1/2-pound piece.  Dust with more flour and quickly shape it into a ball by stretching the surface of the dough around to the bottom on all four sides.  This was a little bit tricky with this dough.  It was still rather sticky even after having been in the refrigerator for 24 hours. 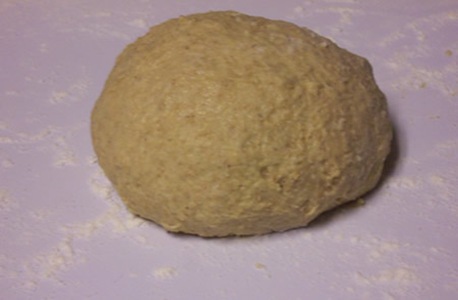 Roll out the dough until it is a 1/8-inch-thick circle that fits the pan and extends about 1 inch beyond to make room for any shrinkage while baking.  I had to use a bunch of flour during this process, because the dough kept sticking to the counter. 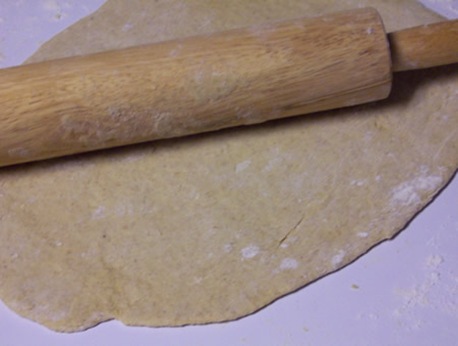 Drape the circle of the dough over the pears, and tuck the excess between the pears and the edge of the pan. 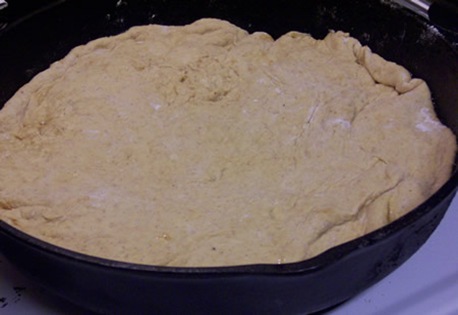 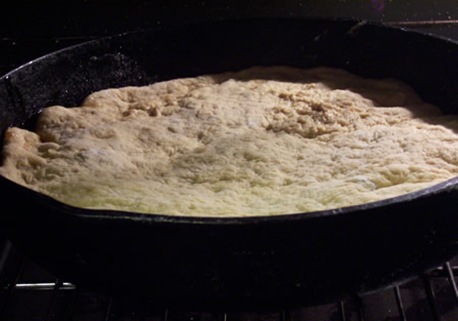 Remove the pan from the oven and allow the tarte to cool in the skillet for about 5 minutes. 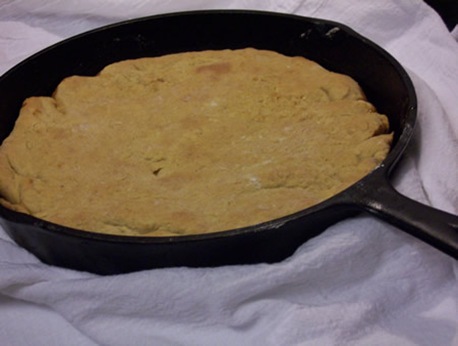 Then carefully invert it onto a large serving platter so that the hot caramel juices don’t spill out. 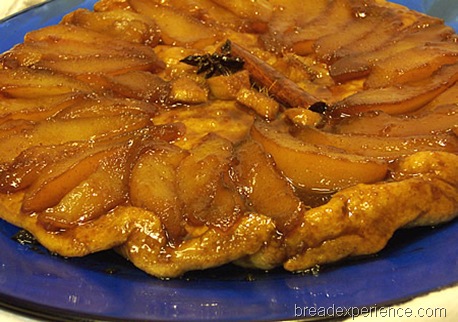 Serve warm or cool.  Enjoy!  I sure did.  I may have to make another one of these with some of the leftover pumpkin pie brioche dough.  Yum!

Be sure to check out BigBlackDog to see all of the breads in the October 1st Bread Braid roundup.