A couple of months ago, in the HBinFive baking group, we made breads using the Whole Wheat Olive Oil Dough from the Healthy Bread In Five Minutes book. One of the breads we were supposed to make using that dough was Southwestern Focaccia.  At that time, I decided not to make focaccia. Instead, I made grilled pizza and it was delicious.

The reason I decided not to make the Southwestern Focaccia using the whole wheat olive oil dough was because I read the ingredients for the mesquite dough (page 171) and thought the focaccia would be awesome made with that dough. So I decided to wait until I could get some mesquite flour.

Well, it just so happens that when I posted about the grilled pizza and mentioned mesquite flour, Peter at Casa de Fruta contacted me to introduce me to their mesquite flour.  It sounded wonderful! The folks at Casa de Fruta graciously sent me a sample so I decided to make this delicious focaccia for the May 1st Bread Braid instead of the Cinnamon Crescent Rolls. I had made and posted about the crescent rolls in November so I already knew they were good.

I’m glad I waited to make the Southwestern Focaccia with the mesquite dough. I love the flavor combinations. The mesquite flour gives the dough a unique flavor and the sauce and toppings on the focacca/pizza are fabulous! 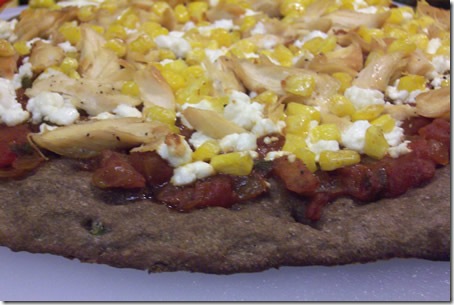 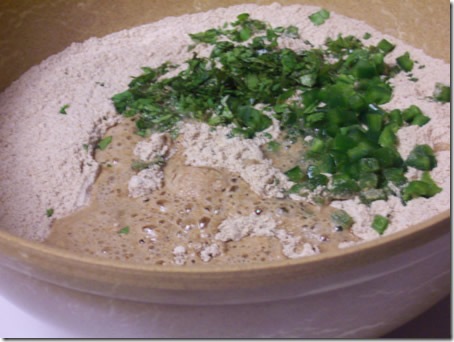 I used jalapeños because I thought it would be too hot with the Serrano peppers. 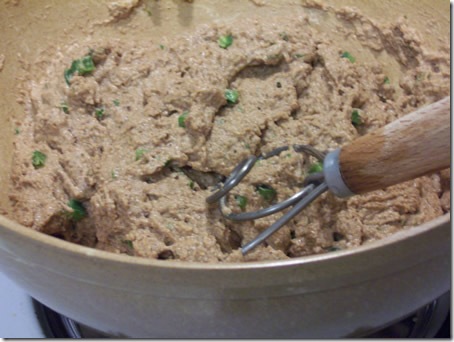 After I made the dough, I let it sit on the counter for 2 hours. Then I placed it in the refrigerator overnight.  This dough keeps for up to 7 days which is a good thing because it was almost 5 days before I had the chance to make the focaccia. 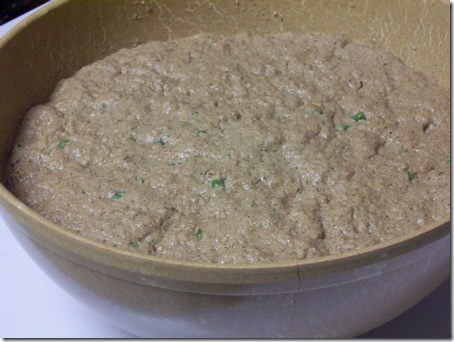 To make the focaccia, you take out a grapefruit-size portion of the mesquite dough and shape it into a ball. 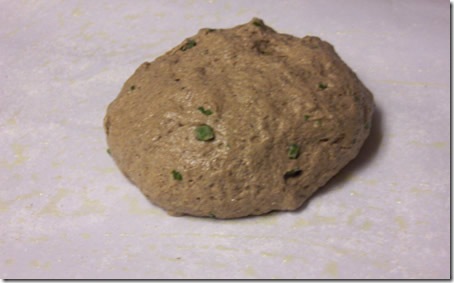 Then you flatten the dough into a 1/2-to 3/4-inch thick round for focaccia.  I flattened my dough out a little bit thinner so it was more like pizza. 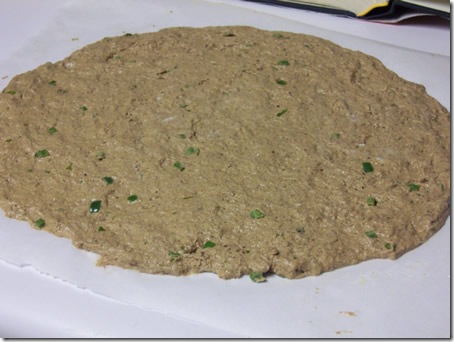 Although the directions in the book say to add the toppings and then bake the focaccia, I par baked my dough for a few minutes before adding the toppings. 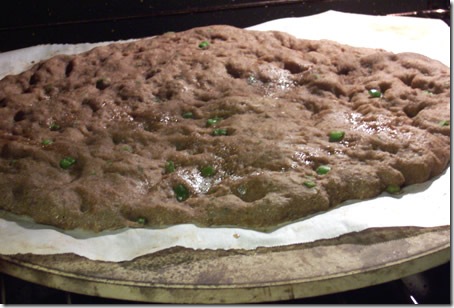 Then I topped the focaccia/pizza with a delicious sauce of sautéed onions, poplano pepper, chili powder, cumin and diced tomatoes.  I really like this sauce and will most likely try it again with other pizza dough.  It’s really good! 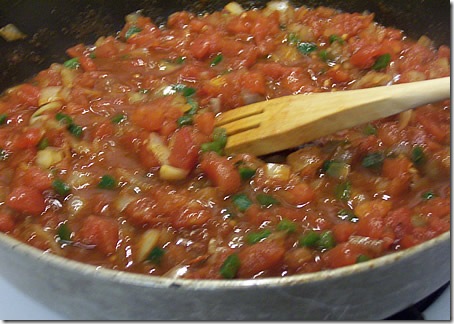 Then, I added roasted corn and goat cheese and topped that with grilled chicken.  You can omit the chicken but I liked it. 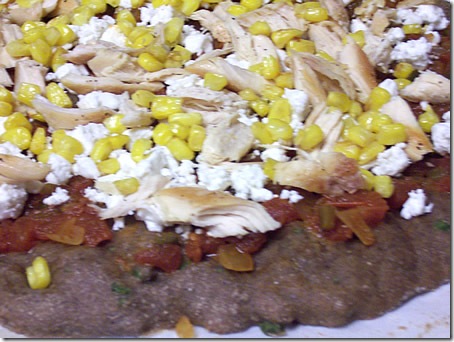 Bake the focaccia/pizza on the baking stone until the crust has browned. 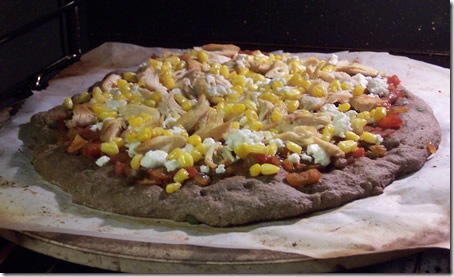 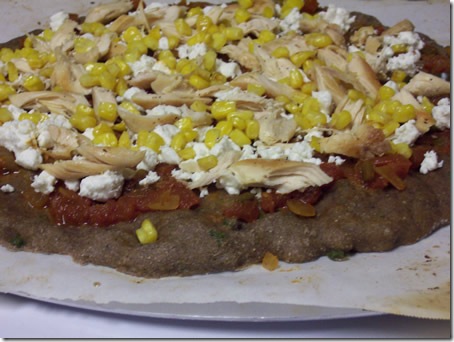 I was concerned that the pizza would be too hot (spicy) since it had jalapeños and poplano peppers in it, but it wasn’t hot at all.  It had a great flavor! 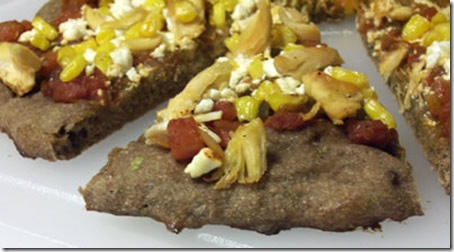 I think the only thing I would do different next time is to grill the pizza.  It has a smoky flavor due to the peppers, chili powder and cumin so I think grilling the pizza dough would really enhance the flavors.  It was raining the night I made this so I didn’t have that option, but it was still delicious!

Thanks for joining me in the bread-baking blog.  Check out http://bigblackdogs.net/ to see the May 1st Bread Braid roundup.

I would also like to thank the kind folks at Casa de Fruta for letting me sample their mesquite flour.  It was a wonderful addition to this pizza.

The HBinFive Baking Group, started by Michelle of Big Black Dogs, is baking through all of the breads in the Healthy Bread in Five Minutes book. For more information on the new HBinFive baking group, check out Michelle's blog.

Here are some additional bread-making resources:

You might enjoy some of the other breads that have been featured in the bread making blog.